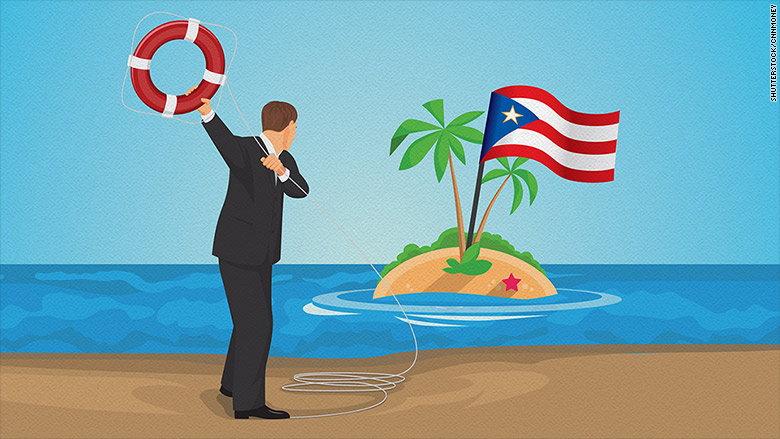 How Do You Ignore a Drowning Neighbor? 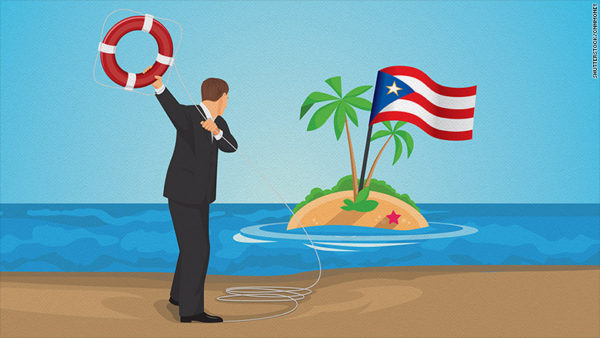 Undoubtedly one of the most devastating natural disasters in all of American history, Hurricane Maria followed a slew of other hurricanes that hit the southern part of the United States. Hurricane Maria devastated the island of Puerto Rico (a U.S territory) on September 20th, leaving a population of over 3.4 million American citizens dying for medicine, electricity, food and clean water [1]. The death toll is currently at 51 American lives, which may be higher due to an additional 911 cremations since Hurricane Maria that may or may not be related to the storm [2].

President Donald Trump’s response to the crisis has been widely criticized for being insensitive, unresponsive, and disinterested. The President has stated that the military should not have to help with food distributions, attacked San Juan’s mayor, Carmen Yulín Cruz, for her “poor leadership”, and threatened to remove federal aid to the island [3] [4] [5]. Puerto Rico deserves the equivalent of federal assistance to that of a mainland state, but is arguably receiving far less. Before the hurricane crisis, Puerto Rico was already suffering from “a failed economy, severe poverty, and a massive debt crisis” — putting the country in a completely vulnerable state. With the death toll rising, and with 76% of the island without power, it is pertinent that successful amounts of aid get to Puerto Rico — fast.

The main vendetta here is between cost of recovery vs. humanitarian efforts. Trump, including other prominent Republicans, are worried about how extensive federal aid — predicted to cost at least $45 billion dollars —  will exacerbate the national debt. Trump addressed the island in a controversial statement: “…you’ve thrown our budget a little out of whack because we’ve spent a lot of money” [6]. The President’s criticism of the local government in Puerto Rico for not doing enough does not account for the economical downfall the island was in to begin with, or the complete decimation it has suffered after the storm. Despite the anxiety over financial burdens, the death count continues to rise as many American citizens are still left without food to eat, clean water to drink, and access to sanitary and thorough medical care. Many cite that the administration is neglecting areas that are outside the capital cities, and hospitals are barely able to sustain patients with depleting generators and lack of medical supplies [6].

Those in the GOP with cost anxieties believe that while Puerto Rico needs help, there should be more independent recovery from the territory itself. Several GOP Senators believe that the federal government’s response in Puerto Rico has been adequate accounting for the fact that federal agencies, like FEMA (Federal Emergency Management Agency) have also had to deal with disasters in other parts of the country. However, this does not account for the discrepancies in aid and attention given to Texas and Florida in the wake of Hurricane Harvey and Irma. Trump led entire U.S forces into those areas, and even visited Texas twice  — compared to slow aid in Puerto Rico and debates over whether full aid should be given or not. Some claim that Trump’s lack of responsibility and empathy for Puerto Rico comes from the fact that citizens in Puerto Rico cannot vote for president, and therefore could not support President Trump in the past or the future [7].

Currently, there are more than 14,000 National Guard members in Puerto Rico delivering food and aid to the most populous parts of the island. However, these federal troops are spread thin and cannot possibly account for all of those in Puerto Rico. Phillip Carter from Slate estimates that “given the size of Puerto Rico and the U.S. Virgin Islands, and the scale of devastation, it may take a task force of 50,000 service members” to serve the needs of all of those affected by Hurricane Maria [8]. Additionally, the President also signed a $36.5 billion emergency aid bill that would allocate funds to help assist Puerto Rico, Florida, and Texas. However, many are disappointed on how timely it took for these measures to occur, now with it being a more than a month since the hurricane hit. Distributing the money to different municipalities and other remote areas proves to be challenge, as ground forces are lacking in numbers. Some also worry that an influx of funds will only sharpened wage gaps between the socioeconomic classes [9].

Puerto Rico also worries about the road ahead, with its massive debt still an issue looming on everyone’s minds. Another way Puerto Rico can be aided is through private investments, most notably the 300 million Whitefish Energy Contract that was canceled due to suspicions of conflicts of interests. The small company from Montana secured a deal with the Puerto Rican governor on partially rebuilding the island’s power grid. This was met with serious criticism and concern from FEMA, members of Congress, and mayor Carmen Yulín Cruz. There are suspicions that this deal was only acquired due to favoritism, since there are clear ties from the Trump administration and Whitefish: Interior Secretary Ryan Zinke and Whitefish CEO Techmanski are acquaintances [10]. This example goes to show the corrupt nature of the Trump administration and questions whether there can be truly adequate aid sent to Puerto Rico without any backhanded deals.

The most obvious solution is for the federal government to continue allocating funds to help save those suffering from the crippling effects of Hurricane Maria, as well as rebuild the island’s infrastructure. Federal ground forces are also crucial in order to reach out to different areas of the island needing proper assistance as well. The negligence of the territory of Puerto Rico is completely against the President’s and entire United States’ moral obligation to protect American citizens.

How You Can Help

To help those devastated in Puerto Rico by the recent natural disasters, please donate to Unidos Por Puerto Rico, where 100% of the proceeds go directly to helping victims: https://www.unidosporpuertorico.com/en/. Additionally, Facebook is allowing users to create their own virtual fundraisers that will donate proceeds to a variety of charities that are dedicated to delivering aid to Puerto Ricans. To learn more about Puerto’s loss of power and electricity, watch this informative Vox video: https://youtu.be/q2KehxKQ3Zk.