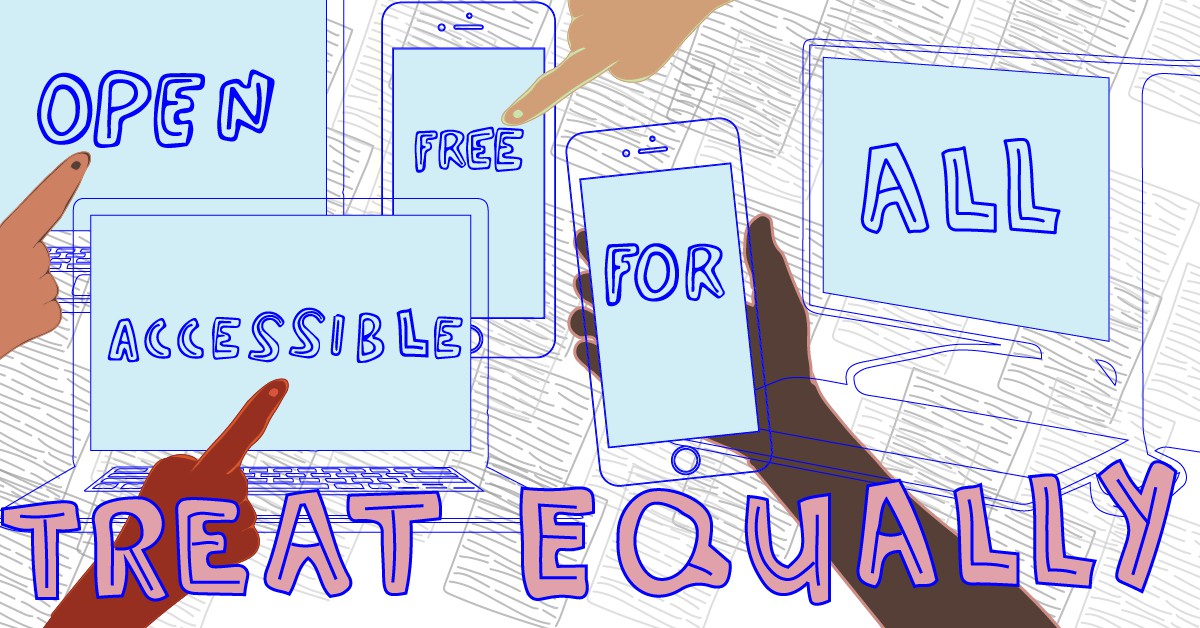 The Open Internet is Under Attack 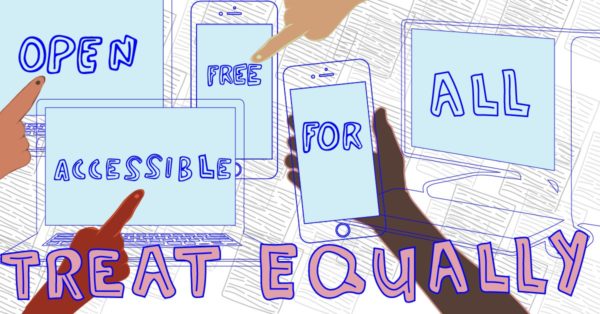 The future of the world’s online experiences may change forever after the Federal Communications Commission (FCC) repealed Net Neutrality with a vote of 3-2. [1] Net neutrality, sometimes referred as “open internet” is the “principle that ISPs [internet service providers] treat all content equally and not give preference to some digital content providers”. Net neutrality prevents big broadband internet providers from slowing down, blocking, or charging for providing content from specific hosts — allowing everyone to access any information they want. [2]

The term net neutrality has come into the news cycle fairly quickly, but the ideas behind open internet have been around since the creation of the internet. In 1996, the Telecommunications Act was revised and included the addition of the internet, making it subject to government regulation. In 2015, the FCC passed formal net neutrality regulations. The internet would be protected as public utility under Title II, preventing discrimination of content provided by ISPs [3]. However, these regulations have been unwound by the current FCC Chairman, Ajit Pai, who spearheaded the decision and has been supported by the Trump administration. [1] The fight for net neutrality is important because free internet access to all sites allows marginalized communities to organize and get information when television media is an unreliable source of news. Without open internet, small businesses and entrepreneurs who survive through advertising and accessibility would be crushed.

The vendetta here is between those who support free and equal access vs. deregulation. I have outlined the arguments for and against net neutrality regulations below:

It is unclear what repealing net neutrality will entail, and whether critics’ worst fears of inaccessibility will come true. Those in favor of deregulation for ISPs, like big cable and internet providers, claim that this decision will not affect the public’s internet experience. However, anti-net neutrality supporters have clear benefits to the decision, and past ties that may still exist. Chairman Pai, a former Verizon attorney himself, has also “lifted media ownership limits, eased caps on how much broadband providers can charge business customers and cut back on a low-income broadband program that was slated to be expanded to nationwide carriers” in less than a year [1].

In response, Senate minority leader Chuck Schumer has stated that he intends to use the Congressional Review Act (CRA) in order to overturn the FCC’s decision. The CRA does not need a majority in the House and Senate to repeal rulings, and Schumer wants to use it to the Democrats’ advantage in bringing back Obama-era regulations. There is also hope that some Republicans will be able to give support across the aisle, no matter how little. [6].

The solution to this dilemma should be clear: net neutrality benefits the majority of the world and ensures widespread accessibility to the internet. The fact that there is even a possibility for businesses with low resources to be wiped out completely is a concern. Internet should be thought of public utility because everyone needs to use it and be able to access to work, go to school, communicate with others, and live a modern life. It has become a necessity and should be protected as such.

Take Action
1. Watch this informational video about the importance of net neutrality and this recent FCC decision: https://youtu.be/HqXKEgTYZBQ