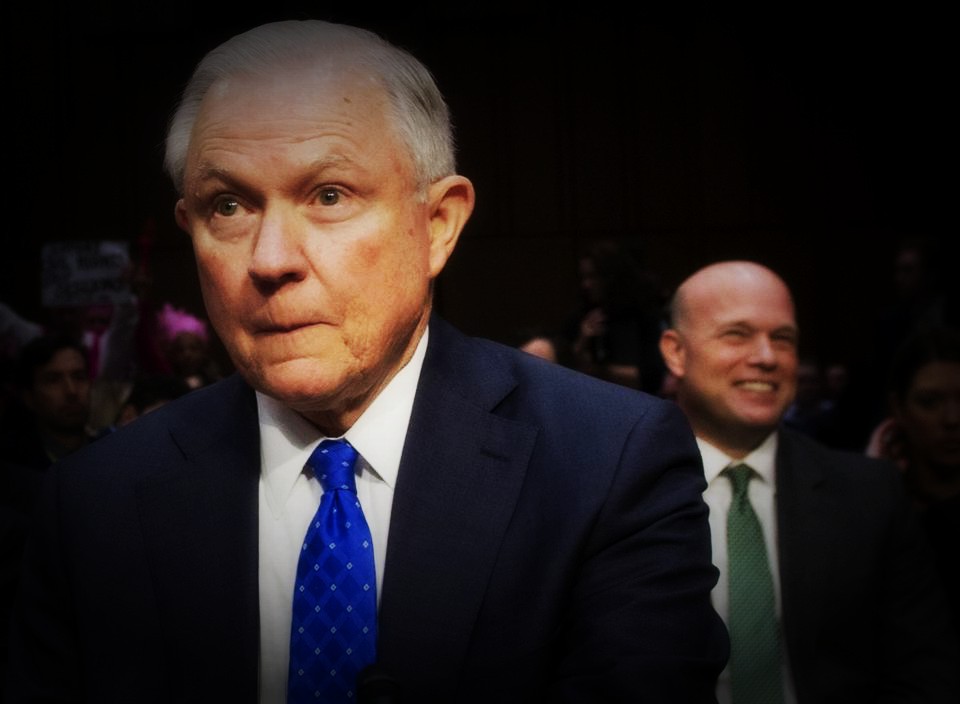 On November 7, 2018, a mere day after the historic 2018 midterm elections, Former Attorney General Jefferson Sessions tendered his resignation at the behest of President Trump. The president’s discontent with Sessions’ tenure had been promulgated via Twitter since the then A.G. recused himself from the Mueller investigation during its incipience. What seems to have caught the nation off guard is not Sessions’ resignation, but Trump’s abandonment for the standard line of succession procedures in his appointment of Matthew Whitaker, Session’s chief of staff.

This appointment has been labeled as a “constitutional crisis” [1], by an attorney who has appealed to the Supreme Court to reverse the appointment. Lawsuits from Democratic senators, the Attorney General of Maryland, and private attorneys are shifting this infinitesimal exercise in executive power into yet another national legal debate for this turmoil-ridden administration. This appointment is viewed by critics as a highly partisan decision given Whitaker’s open criticism to special prosecutor’s Robert Mueller’s Russian investigation.

The issue here concerns constitutionality. The president asserts that appointing Whitaker as acting Attorney General is in keeping with the U.S. Constitution via the Federal Vacancies Reform Act of 1998. In rebuttal, Attorney General Brian Frosh of Maryland, partnered with notable Supreme Court litigator Thomas Goldstein, have filed suit to challenge the appointment using the Appointments Clause, which dictates that all senior officers in the cabinet must be appointed with the “advice and consent of the Senate”.

The vendetta lies between executive privilege vs. overreach. By the virtue of the sheer complexity and responsibility of the position, the president of the United States is given certain privileges to determine the makeup of his cabinet. However, in keeping with the American principle of checks and balances, the legislature is allowed a say in appointments to prevent patronage from becoming the main method of placing (and replacing) officers in cabinet-level posts.

Donald Trump and the solicitor general have defended the appointment by citing the Federal Vacancies Reform Act of 1998 [2], or F.V.R.A. This act dictates that president may appoint the first assistant to the officer of an executive agency, and which needs to be replaced by, and with, the advice and consent of the Senate. The statute also gives the president the power to appoint this individual in an acting capacity without Senate consent for 365 days following the departure of an executive officer (under certain circumstances).

The Trump administration insists that the Whitaker appointment is permissible under this statute, verifying its constitutionality. Frosh and Goldstein have asserted the argument that this move expressly violates the Appointments Clause [3] pursuant to Article II of the Constitution, which stipulates that the president may make appointments with the “advice and consent” of the Senate. They also claim that the F.V.R.A is insufficient for the appointment of “principal” officers such as the head of executive departments and that such positions must be filled with Senate approval [4].

In conjunction with his work aiding Attorney General Frosh, Goldstein serves as private counsel to Barry Michaels who is challenging the federal government’s ban on firearm ownership for convicted felons. Given the broad authority of the attorney general to affect how federal cases are adjudicated, Goldstein has appealed directly to the Supreme Court in a motion to invalidate the Whitaker appointment on the grounds that it violates the Attorney General Succession Act [5].

The notion of federal cases being decided while an illegitimate appointee is at the helm of the D.O.J. will undoubtedly invite many subsequent appeals. If the courts decide to hear cases pertaining to the president’s appointment powers this could alter how the executive branch makes them hereafter.

Curtailing the authority of the executive is vexing for two reasons:

Despite the importance of litigation in maintaining the tenuous relationship of executive authority and checks and balances, the president should concede his position. This administration has come under intense scrutiny and its very legitimacy is being legally called into question on an almost weekly basis, the president does not need to catalyze further political entropy.

Appointing Rod Rosenstein as acting attorney general follows the traditional line of succession while pacifying current and would be litigants along with the myriad of scholars, pundits, and citizens that have nationalized the issue. If the executive refuses to concede then those that have challenged the action should have their day in court putting the issue in the hands of the judiciary. Should this matter be adjudicated, the resulting precedent will alter the nature of executive authority in relation to appointments for generations.