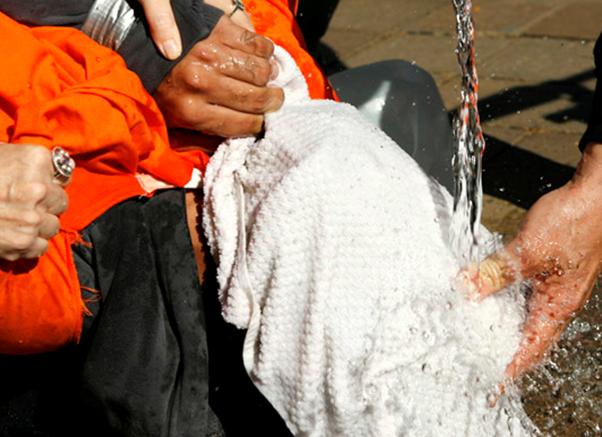 A Shadow Over Democracy: The Ineffectiveness of Torture 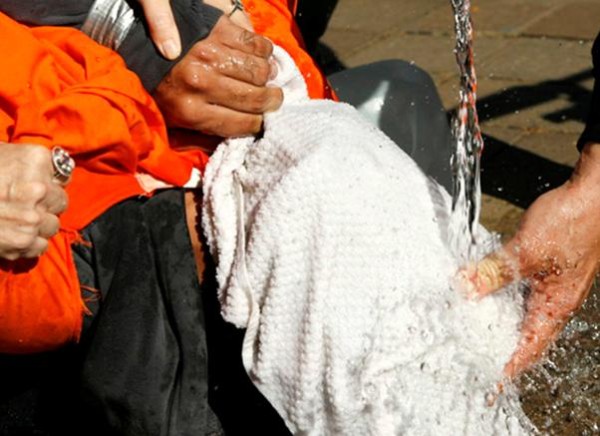 On December 14, 2014, the CIA released a report announcing the use of torture tactics against terrorist criminals, and ultimately sparked national controversy. While both John McCain and Joe Biden supported the report’s release, many politicians, like Senate Majority Leader Mitch McConnell of Kentucky, claimed the piece was simply the Democrats playing politics, and that it was a “thumb in the eye of the Bush administration.”

Republican presidential hopeful, Doctor Ben Carson, wrote an article[ref]B. Carson, (2014, December 16), Democrats’ Wasteful Torture Report, The Washington Times, retrieved May 6, 2015, from http://www.washingtontimes.com/news/2014/dec/16/ben-carson-democrats-torture-report-points-away-fr/ [/ref] in reply to the released reports, arguing that the torture techniques used against terrorist suspects “played a part in the apprehension or annihilation of many upper-echelon terrorist leaders,” and that releasing the reports could cause terrorists to seek revenge against the United States’ military. Unlike Carson, Hillary Clinton [ref]A. Seitz-Wald, “Where Is Hillary Clinton on Torture?” MSNBC, December 9, 2014, accessed May 6, 2015, http://www.msnbc.com/msnbc/where-hillary-clinton-torture. [/ref]and Rand Paul[ref]D. Corn, “Rand Paul: GOP Should Reject Cheney for Defending ‘Torture,’” Mother Jones, April 10, 2014, accessed May 6, 2015, http://www.motherjones.com/politics/2014/04/rand-paul-bush-cheney-torture.[/ref] have voiced their disdain over the use of torture to retrieve information. However, Hillary Clinton has accepted that torture may be ok if the situation calls for it.

According to the report, detainees were subjected to sleep deprivation. Abu Ja’far al-Iraqi was reported having been shackled in a standing position for fifty-four hours, and suffered from a swelling in his lower legs during the process. Some other forms of torture included water boarding, rectal feeding, and hydration. Rectal feeding and hydration, a method that includes pureeing food and infusing it through the rectum, were administered to detainees who refused to drink or eat. A case study [ref] S. O’Mara, (n.d.), Torturing the Brain, Trends in Cognitive Sciences, 497-500.[/ref]published in the Public Library of Science (PLOS) medicine journal evaluated the medical records in Guantanamo Bay. The researchers discovered that medical personnel, who treated the detainees, neglected to inquire or document causes of observed physical injuries and psychological symptoms. Temporary psychotic symptoms and hallucinations that were observed with the detainees were brushed off and classified as “personality disorders.” The findings of the nine different evaluated cases suggest that doctors and mental health professionals intended to do harm by concealing important health information. Studies like this, along with the CIA report, reveal the intense level of torture being conducted on terrorists. While the morality of conducting torture should be discussed further, the vendetta is whether these methods are effective.

“Torturing the Brain,” [ref]Ibid.[/ref]a piece by Shane O’ Mara, suggests that torture is not an effective method for interrogation. In his paper, O’Mara covers the neuroscience that is occurring when someone is being tortured. When recalling past memory, several areas of the brain are activated, some of which include prefrontal cortex and hippocampus part of the brains. Because the prefrontal cortex is responsible for memory retrieval, when the brain is being mistreated, it can cause memory functions to be impaired. Studies also revealed that while reasonable levels of stress can help in memory retrieval, exposing the brain to “overly prolonged” levels of stress can compromise neurobiological function. Simply put, the high levels of stress that result from torture can potentially compromise the detainee’s memory. Even if a detainee has given in, and released information under torture, there is a good chance that the information is not reliable.

While torture is not a reliable method for interrogation, it becomes even less so through how these procedures are being executed. In the Peace and Conflict: Journal of Peace Psychology, Ronnie-Janoff Bulman studied[ref]R. Janoff-Bulman, (2007), Erroneous Assumptions: Popular Belief in the Effectiveness of Torture Interrogation, Peace and Conflict: Journal of Peace Psychology, 2007, 429-435.[/ref] on the effectiveness of torture, and different factors that occur during the torturing process. Bulman suggested that when an individual is committing torture, collecting information is not the only goal. Interrogators are also motivated by revenge, and want to harm their enemy. According to Bulman, many people “satisfy some deep sense of retributional justice,” which compromises an already ineffective method of interrogation.

While interrogation and information collecting is crucial to fighting the war overseas, other interrogation methods should be administered instead of torture. A study[ref] Vincent Iacopino, and Stephen N. Xenakis, “Neglect of Medical Evidence of Torture in Guantánamo Bay: A Case Series,” PLOS Medicine, 2011.[/ref] conducted by Jane Goodman-Delahaunty of Charles Sturt University in Australia interviewed thirty-four interrogators from Australia, Indonesia, and Norway, who interrogated thirty international terrorist suspects. The data collected revealed that detainees were fourteen times more likely to disclose information when interrogators “struck a neutral and respectful stance.” A comfortable physical setting also increased the rate of disclosure with terrorist suspects.

While it comes out of habit that Americans want to punish the terrorists that threaten our safety and wellbeing, it proves to be counterproductive on the war on terror. If the United States government ever hopes to make strides towards fighting terrorism, it would be in their best interest to ban torture and adopt more humane techniques. Ending torture would not only prove effective, but it could improve America’s image and improve foreign relations by ending a vile and internationally illegal act. While many interrogators might have their own preferred methods, the U.S. government should still require all interrogation methods to be humane and adhere to the same due process that Americans are granted. By switching over from the current torture methods, to a more comfortable approach, we can guarantee more reliable information gathering.

Human Rights First is an organization focused on ensuring everyone in the world is given fair and equal treatment. This Petition sends a message to Congress that the American people are satisfied with the use of torture.

Amnesty International, also an organization that strives for a world without torture, provides another petition second petition that urges the U.S. Government to become accountable, and apologize to torture survivor Maher Arar. Let the U.S. Government know that you don’t agree with their practices.