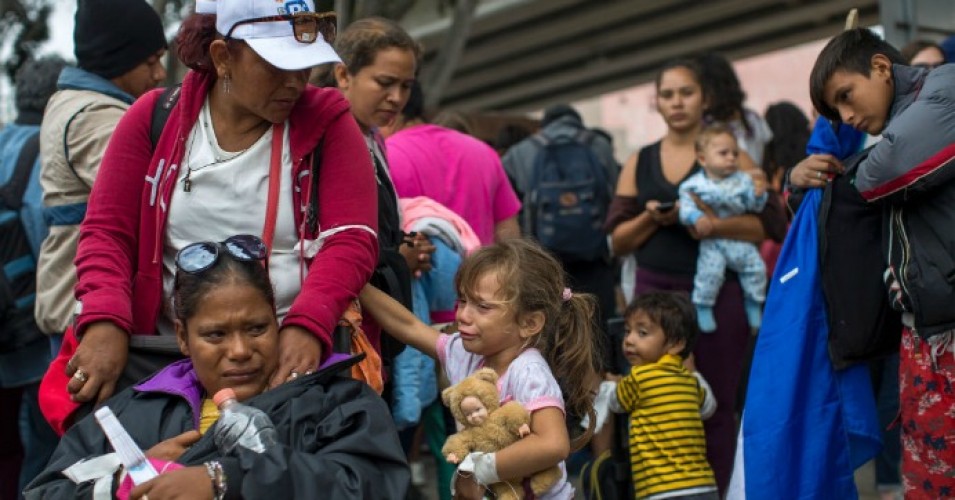 Hashim ArainJuly 31, 2019Comments Off on ICE, Too Cold To Migrants?0

The Trump Administration’s crackdown on immigration has left hundreds of families homeless and children, parentless. According to CBP data, about 72% of those apprehended at the border in May were families or children. In 2012, only 10% were families or children. Asylum seekers face harsh treatment from officials at the southern border between the US and Mexico. The Trump Administration recently introduced a policy that targets these asylum seekers who are crossing into US territory through the southern border; this policy outlines that these asylum seekers will no longer be protected. This rule is expected to affect children who cross the border alone, and it will affect asylum seekers who are coming from Guatemala and El Salvador as it already has. There are some exceptions to this policy. If the asylum seeker has been trafficked, they will be able to cross over into the US. They will also be protected if the asylum seeker applied for protection in another country, but was denied it.

Trump Administration officials have claimed that this change to the immigration policy is necessary to stop the number of asylum claims that have been filed by recent border crossers. The Trump Administration has said that most of the asylum seekers are taking advantage of the entry opportunities at the southern border. It was reported that the border patrol agents would stop these asylum seekers, and state that they wish to cross the border into the US because they fear that they will be harmed if they go back to their country. Reportedly, the majority of asylum seekers who claim that fear of harm is the reason for crossing the border, are usually allowed to cross it. Many of the asylum seekers are released from custody while their cases are being decided. As recently as last year more than 22,000 refugees came to the US, according to data from the State Department. This data also notes that refugees from Burma are the largest group of refugees that have come to the US, the next largest would be Iraqis, and after that would be Bhutanease. These three groups of refugees make up the mare than 648,000 refugees that were admitted into the US between 2009 and 2019.

Since the Trump Administration is put into effect policy change on asylum seekers, the vendetta here would be trying to balance humanitarian efforts, while trying to eliminate the amount of asylum claims that the US currently faces. Critics of this policy have said that it violates the core principles of US immigration law which protects asylum seekers from being deported to their home country, and face punishment there. According to US law, refugees can request asylum when they arrive in the US, and it does not matter how they got there. There is an exception to refugees who come from a country that is considered “safe,” but the Immigration and Nationality Act which deals with asylum law has a broad definition on how a country is considered to be safe.

The Immigration and Nationality Act notes that:

Attorney General William Barr has been echoing the Trump Administration’s stance on this policy by laying out the reasoning as to why this policy needs to be put in place.  Barr argued that the US is struggling to keep up with the number of asylum claims that are coming into the country and that this policy will deter any migrant who is looking to exploit the asylum system, in order to come into the US. The Acting Homeland Security Secretary Kevin McAleenan further explained why the Trump Administration is rolling out this new asylum policy, saying that this policy will reduce “irregular migration” to the US, and it will assist the Department of Homeland Security and the Department of Justice to process asylum cases quickly at the southern border. McAleenan also noted that this policy could lead to fewer asylum seekers and migrants who are coming from Mexico “on a dangerous journey.”

While I agree that something needs to be done in regards to a large number of asylum claims in the US, I believe that this asylum-seeking policy is flawed. The content of this policy is in direct conflict with how Congress established asylum law, which states that a migrant cannot be turned away from entering the US, because of their country of origin. This policy states that a migrant needs to get an asylum claim from the country with which they came, or in a country that they pass through on the way to the US. The potential problem with this is, it might be challenging to get an asylum claim from another country, in addition to the US.

Here are a couple of policy options that could help the US deal with the large amount of asylum claims that are coming into the country:

Continuing to seek “safe third country” agreements is a sensible solution to solving the asylum seeker and migrant crisis. This potential solution can give the US much needed assistance in processing the asylum claims. Even though the US reached an agreement with Guatemala to help the US with asylum cases, the US should find better ways to negotiate with other countries, so that they can assist with the asylum claims, rather than threatening to impose tariffs on a country if a deal isn’t reached.

I think that if the Trump Administration leans on Congress to assist them with this crisis, it might be impossible to get anything done, due to the current partisan nature of both chambers of Congress. This asylum seeker policy is not the right fix to this dire problem. It just creates more confusion and chaos, and that is the last thing that this situation needs right now.

Learn why this policy is in violation of US and international law: https://time.com/5626498/trump-asylum-rule-international-law/