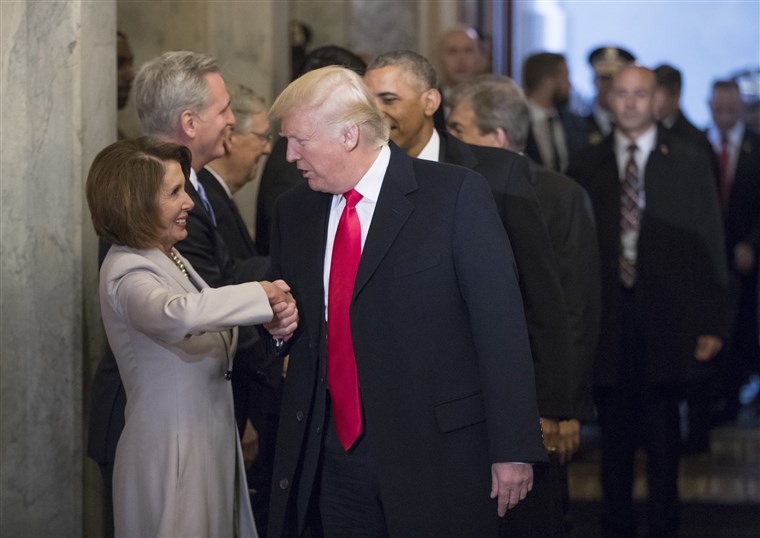 Hashim ArainNovember 25, 2019Comments Off on “So It Begins…the Inevitable.”0

America is currently in the midst of a political war; a division and conflict between President Trump, his supporters, and many GOP officials and those that seek to remove him from office. Unlike many conversations and accusations of President Trump and others, Nancy Pelosi and Congress officially declared an impeachment inquiry. Like a raging war where the inevitable is damning to both sides, politically, the impeachment trials might only deepen the divide, and result in the inevitable.

This past July, a political firestorm emerged. During a phone call, President Trump pressured Ukrainian President Volodymyr Zelensky to investigate Joe Biden’s son for his connection to a Ukrainian gas company. Trump was reportedly willing to withhold nearly $400 million in aid to Ukraine, on the condition that Zelensky looks into this matter for him. These details were part of a whistleblower complaint that raised concerns about this phone conversation. The whistleblower complaint prompted Democrats in the House of Representatives to start an impeachment inquiry into President Trump, based on his phone call with President Zelensky.

The impeachment process starts with an initial investigation into the matter in question, and then usually the House Judiciary Committee will take the lead on the investigation, and can recommend and start drafting articles of impeachment, which is a list of charges that an elected official is accused of. With a simple majority vote, the House of Representatives can essentially charge President Trump with a crime while in office. After the House votes for and passes the articles of impeachment, then the impeachment proceedings will move to the Senate, where it will hold an impeachment trial, where it will take a two-thirds majority vote to remove President Trump from office.

The last time a president was impeached in modern history while in office was Bill Clinton in 1998. In January 1998, Clinton lied about having an affair with then-White House intern Monica Lewinsky, in August of that same year he admitted that he did have a relationship with Lewinsky. Clinton was charged with perjury and obstruction of justice. The House voted to impeach him in December of 1998. An impeachment trial in the Senate took place in January of 1999, where the Senate couldn’t come up with the votes to remove Clinton from office: therefore, Clinton was able to serve out the rest of his second term in office.

Bill Clinton’s impeachment trial is the most notable example when the topic of impeachment comes up in American politics. Richard Nixon faced impeachment for his involvement in the Watergate scandal in 1974, but he resigned from office before Congress could remove him from office.

The process of impeachment is inherently partisan, and it seems like it’s brought up if it’s warranted. House Speaker Nancy Pelosi and House Democrats seem to think that impeaching President Trump is the appropriate solution to what he has reportedly conspired to do, which is that he was seeking a foreign country’s assistance in investigating a family member of one of his political rivals. Those opposed to impeaching President Trump would say that there are people who wanted him out of office, from the first day of his presidency, and they are correct in that regard. There has been some recent polling done after House Speaker Pelosi announced the impeachment inquiry, which suggests that the American public is open to an impeachment investigation into President Trump’s actions.

The following poll numbers show that although impeaching President Trump is mostly seen as partisan based on these recent polls, and it seems like independents are coming around to supporting impeachment. Independents are typically a key demographic in American politics.

The vendetta, in this case, would be a constitutional check on abuses of power vs. a politically charged investigation. According to a poll done by Reuters and the consulting firm Ipsos, 45 percent of the American public believes that Trump should be impeached, due to his conduct during his phone call with President Zelensky. That same poll states that 41% of the public say that Trump shouldn’t be impeached and that the support for impeachment rose by eight points.

Another poll by CNN stated that support for the impeachment of Trump has risen among a critical political demographic: independents. Support for impeachment among independents has bumped up to 46%, that’s an 11 point rise since they were last polled on this topic. The CNN poll notes that support and opposition for impeachment are mainly along partisan lines, with Democrats primarily supporting it, and Republicans, particularly older Republicans, are opposed to it. There’s also been recent polling done on impeaching Trump which says that has the public essentially split on impeaching him. According to an ABC News poll, 49% say that Congress should impeach Trump, compared to 47% believe that he shouldn’t be impeached. The poll notes that support for impeaching Bill Clinton in 1998 was lower, with support for impeaching him started out from 27 to 41%, and those that were opposed to impeachment started with 57 to 71%.

It’s important to note that Congress is currently in the early stages of the impeachment process. The more and more that this process goes on, though, it won’t be a good look for President Trump and the White House. In the days after the impeachment inquiry was announced. A report came out that claimed that the Trump Administration tried to “lock down” the memo that contained the transcript of the July phone call between Trump and Zelensky, which is now at the center of the impeachment inquiry.

This report should be alarming to read, and that it could make one suspect that White House officials knew that the subject of the phone call would potentially be politically damning to them, which can lead one to believe that was why they were trying to cover up any evidence of the request. There have also been recent reports about President Trump publicly calling on China to assist with investigations into Joe Biden’s family. This story is undoubtedly ongoing, with new developments being added to it every day, this just seems to put the White House in a bad light.

Here are a couple of policy options that Congress can consider, as they continue to work on an impeachment inquiry into President Trump:

I think that impeachment of President Trump for his phone call with Ukraine is warranted, because no one should be off the hook for having a foreign country investigate a political rival for political advantage, and it seems like, based on recent polling, the American public is starting to understand that. As of right now, 226 House Democrats are in favor of impeaching President Trump, which exceeds the simple majority needed for impeachment. Senate Majority Leader Mitch McConnell stated that he’d bring up an impeachment trial in the Senate if the House impeaches Trump, but the odds of the Republican-controlled chamber removing him from office are slim.

The GOP’s plan for defending Trump in the impeachment hearings is to argue that if he really had a motive to investigate Hunter Biden’s connection to Ukraine for political gain. Republican lawmakers are also planning to make the case that there was no quid pro quo by Trump, during his phone call with Zelensky. If President Trump avoids the political consequences for this phone call, then that will set an unfortunate precedent for future presidents to come. Now that the impeachment inquiry has wrapped up its public phase, where lawmakers heard from US diplomats, some of whom were apart of carrying out the US’s policy on Ukraine. These first set of hearings took place over a two-week span. Recent reports have stated that House Democrats are planning to have hearings on impeachment before the House Judiciary Committee at the start of December, with a possible vote to impeach President Trump by sometime near Christmas Day.

It should be interesting to see if public opinion changes in the coming weeks ahead, as the impeachment process continues to unfold.

To learn more about how impeachment works here’s an in-depth look at the process, from The Guardian: https://www.theguardian.com/us-news/2019/oct/04/how-impeachment-works-trump-congress-house-senate