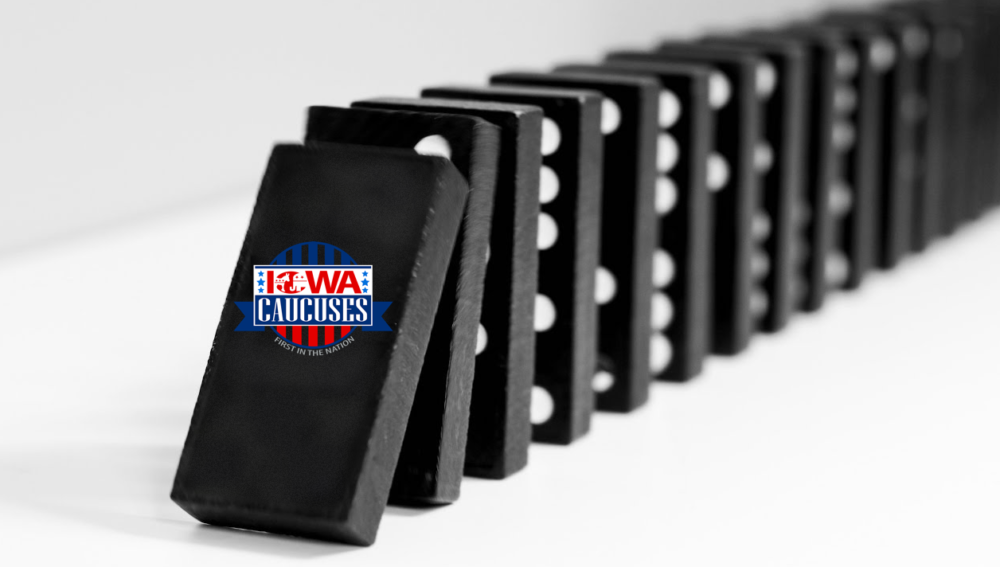 Hashim ArainJanuary 27, 2020Comments Off on The First Domino2

— Editor’s Note: PVNN will be represented and covering the 2020 Iowa caucuses. If you are interested in being interviewed or participating in the process, email Hashim Arain at [email protected]

More than 44 million people decide the Democratic Nominee for President. Almost 4,000 delegates are up for grabs, and 53 states/districts determining the result. But, it all starts with Iowa. With less than a week before the Hawkeye State decides their nominee, will it be a domino effect for the soon-to-be winner into New Hampshire, Nevada, and soon the 2020 Presidential Election Day against President Donald Trump?

The Iowa Caucuses is seen as a first major test of a presidential hopeful’s popularity with voters. Still, unlike most states that hold Primaries, which are the typical ballot-box elections at a polling place, Iowa’s process is through a caucus.

A caucus is a series of gatherings by registered voters that happen across the state over a single night. This can best be described as an open but orderly debate in a town hall type setting, where voters discuss their presidential candidate preferences. The state Democratic and Republican parties host the caucuses, and they are considered private events. A caucus is typically held in schools or any other public building. Depending on turnout, churches, businesses, and even private homes can serve as caucus sites. Iowa will be the first Caucus state and kick off into the 2020 Election. It begins on Feb 3rd, 2020, with other caucus states being held in Nevada (Feb 22nd) and the US territory of American Samoa (March 3rd) and Guam (May 2nd).

Looking closer into the caucus process, both major parties have different formats. Like Four-Square, where people in a room are split into the four corners, in a Democratic caucus, participants are divided into groups that are based on their support of a candidate. There, participants have to be counted to see how many supporters each candidate has in a group. For the total vote to be viable, a candidate has to receive 15% of the vote at a caucus site. Also, decisions can be fluid, meaning that if someone’s first candidate choice doesn’t reach the threshold of 15%, they can go to their second or third candidate-choice so that a candidate’s vote can be legitimate.

Moreover, caucus-goers can leave one group (candidate), and join another group of supporters (their candidate). Group members can also recruit other members to join them. This can be similar to a style of active campaigning or debating for a candidate on the spot. When the candidate preference (“Four-Square”) groups meet the minimum of 15%, then they select a delegate (representative of the Caucus site) to represent them. In the end, all of the groups meet again and take a verbal vote to approve their selections.

In a Republican caucus, the participants cast a single vote of support for a candidate. This is different than a primary because participants are in a group with other party members while voting, rather than going into a ballot box and voting by themselves. Unlike the Democratic process that is split into groups, the process is more private and organized. The Republican caucus does not have groups to break into; moreover, people privately vote, and then their votes are counted. Then the chairperson – who oversees the caucus site – selects and announces the delegates that will represent the specific precinct (voting district) at the county convention. The candidates that receive the most votes by the caucus participants will have delegates that represent them on their behalf at the Republican National Convention.

Here’s a video that explains the process, and that also includes the current state of the race in Iowa: https://www.cbsnews.com/news/how-do-the-iowa-caucuses-work-a-primer-for-the-2020-election/

The importance of a Caucus, mainly the Iowa Caucuses is to give less established and grassroots candidates the opportunity to meet, connect, and persuade voters, giving them a higher chance of competing and winning in the state, but also, giving them a shot at the other primary states as well.

The historical example of President Jimmy Carter’s campaign is why Iowa has had such significance in US presidential history. At the time, when Carter was a candidate running against other Democrats, his campaign didn’t have enough visibility and traction to compete for votes in the bigger states that hold primaries. But, because of the size, process, and format of Iowa and its Caucus, Carter in 1976 gained notable attention and name-recognition, raised more money, and ended up having a strong finish. As a result, his momentum carried him to win the nomination and the Presidential election ultimately.

But, besides Jimmy Carter in 1976, only Barack Obama in 2008 from the Democratic caucuses won the presidency, while as for the Republican caucuses, only George W. Bush in 2000 went on to win the presidency. Iowa has a good track record of selecting the ultimate President of the United States, but their track record of choosing the nominees for the parties is mixed, especially for Republicans; i.e., GOP Senators Ted Cruz from TX in 2016 and Rick Santorum from PA in 2012.

There has been much concern over the past few election cycles for the caucus process and even for Iowa kicking off the election cycle. Given the historical relationship between the two political parties and the Iowa Caucuses, it is the grassroots powers and influence vs. electability that is the vendetta (tension).

The pros and cons of the Iowa caucus system can be broken into the following:

The Iowa Caucuses is a good way to kick off the presidential primaries because it gives influence to the grassroots activists, who may have a different idea on who can be electable in the general election. These activists can get behind someone with an unconventional political background. The caucuses are also vital in that it gives a list of three or four candidates that have the best shot at winning the nomination, depending on how many votes they get. This could provide the rest of the country something to think about as the presidential primary continues across the country after Iowa.

The caucuses also tend to cut down the field of candidates because usually, a few candidates drop out of the race, due to their performance in them. This gives the country a clearer view on which of the candidates is serious and talented enough to win the nomination. Even though Iowa’s state demographics aren’t representative of the entire US, the caucuses can give the extra advantage to the two or three candidates that have the best chance to compete for minority voters.

The process of the primaries gives too much power to known and established candidates, and not enough power to grassroots party activists. This is why the idea of a caucus was implemented in the presidential primary system.

— Editor’s Note: PVNN will be represented and covering the 2020 Iowa caucuses. If you are interested in being interviewed or participating in the process, email Hashim Arain at report[email protected]. Also, follow us on Twitter at @PVNNInc to stay up-to-date on all the political happenings at the caucuses.

Here’s a link to where you can find out which candidate is leading in the polls coming out of Iowa: https://www.realclearpolitics.com/epolls/2020/president/ia/iowa_democratic_presiden