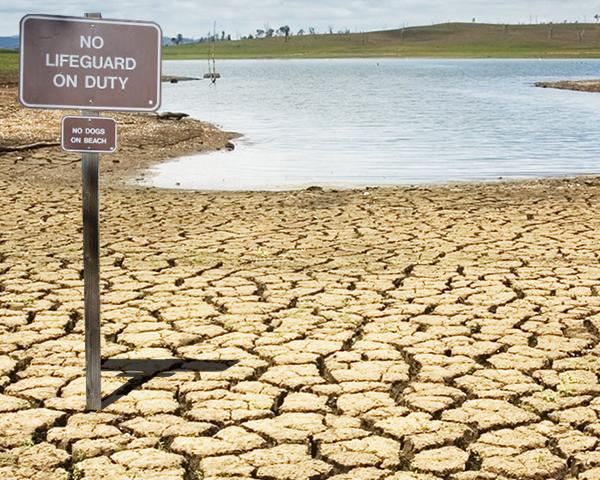 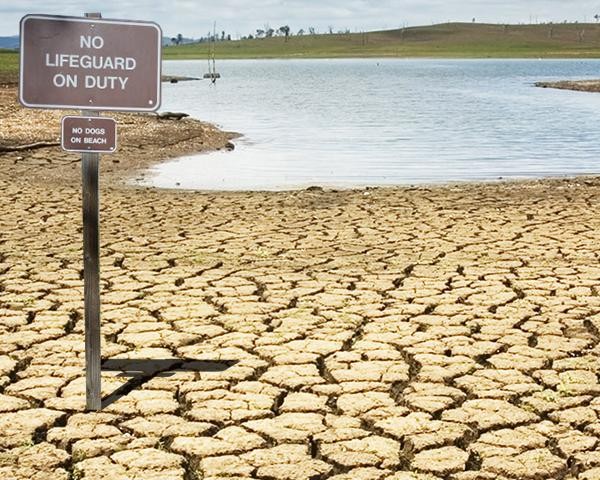 Imagine one day without water. What would you do? Taking a shower, brushing your teeth, washing your face, making your daily cup of coffee or tea, and quenching your thirst in this hot weather would all be out of the question. Often times we forget the importance of the things that we utilize on a daily basis because they have become normalized. However “normal” or “common” water is, it is far from ordinary. We are radically dependent on water not only to carry out our daily tasks, but to live.

Which is why being in a drought is no little thing. In fact, California is in its fourth year of drought, and prospects don’t seem to be getting any better.  According to the U.S. Drought Monitor, almost 94 percent of California is suffering from a severe drought and over 46 percent of California is in an exceptional drought–the most extreme measure in the scale–as of May 26, 2015. [ref] U.S. Drought Monitor, California, May 26, 2015, accessed June 2, 2015, http://droughtmonitor.unl.edu/Home/StateDroughtMonitor.aspx?CA.[/ref]

By studying the rings of the blue oak tree, researchers from the Woods Hole Oceanic Institution and the University of Minnesota have found this to be the the California’s worst drought in 1,200 years due to the exceedingly low amount of rain and the record high temperatures. Researchers Daniel Griffin and Kevin Anchukaitis writes in their report, “diminished snowpack, streamflows, and reservoir levels have resulted in a convergence of reduced surface water supply with heightened demand that appears to be unique in modern California history.” [ref] D. Griffin and K. J. Anchukaitis, “How unusual is the 2012–2014 California Drought?”AGU Publication 41 (2014): 9017–9023, accessed June 1, 2015, http://onlinelibrary.wiley.com/store/10.1002/2014GL062433/asset/grl52416.pdf;jsessionid=A530D4C4830C93C967A1C30A9D6F4401.f03t03?v=1&t=iagsor5t&s=3834cf2e8fccabf5b1868fe15dc0eff07ed5827d. [/ref]

Due to the severity of the situation, more regulations have been put in place.  In March 2015, there were restrictions set to limit watering lawns only to certain days. In addition, the new law prohibits people from watering lawns 48 hours after rainfall, requests that waiters only provide water when customers ask, and directs hotels to give customers the option of not having their towels replaced daily. Now, Governor Brown has issued an executive order telling all of California to cut total water usage by twenty-five percent. However, even with this order, some water companies are still loose with their regulations.

Felicia Marcus, chairwoman of the State Water Resources Control Board, states that they are not hearing enough alarm bells and they are not seeing the level of urgency that this drought commands. [ref] Betina Boxall, “New Watering Restrictions Imposed Amid California Drought,” L.A. Times, March 17, 2015, accessed June 2, 2015, http://www.latimes.com/local/lanow/la-me-state-officials-watering-restrictions-20150317-story.html. [/ref] Although the facts are dire, the vendetta is clear: the governmental effectiveness of drought policies. We cannot wait around for the state to tiptoe around the situation. If we want change now, we must take the initiative.

A recent poll came out that surveyed public opinion on the drought. Many were aware of the drought, and almost two-thirds agreed that water agencies should cut back twenty five percent. However, forty-four44 percent of these people also concluded that personally, it would be hard to change their own lifestyles. [ref] Mervin Field and Mark DiCamillo, “The Field Poll,” Field Research Corporation, Feburuary 26, 2015, accessed May 30, 2015, http://www.field.com/fieldpollonline/subscribers/Rls2501.pdf. [/ref] What we see here is a discrepancy between what we “ought” to do, and what we actually want to do. The idea of it sounds good, but when it comes down to making significant changes in one’s personal life—well, that’s out of the question.

Cameron Brick, a Social Psychology PhD candidate at University of California, Santa Barbara calls this behavior “low self-efficacy.” [ref] Senden Totten, “Drought: The Psychology of Why Some People aren’t Saving Water,” KPCC, May 19, 2015, http://www.scpr.org/news/2015/05/19/51822/drought-the-psychology-of-why-some-people-aren-t-s/. [/ref] This is when individuals believe that their actions or decisions don’t really make a difference. Brick says past research has shown that this belief is held especially true in people when faced with a big, daunting problem—in this case, the drought. When the problem is framed too big and too abstract, people aren’t as willing to take up personal responsibility and carry their own weight.

Of course, conserving water doesn’t just rest on one person, or purely on households. It is a shared responsibility, and everyone must do their part. Water companies can be more stringent in limiting household supply of water. There comes a time when raising the price of water isn’t going to be good enough, for some people might still refuse to change their life habits of excessive water use. As necessary as regulations are, incentives are just as important, for they encourage people to want to change. Rewards and rebates should be made available for households that use less than their allotted water amount. Although some may have low self-efficacy, psychology also shows that humans tend to also follow the trend. If getting rid of your pool or switching out grass to a drought-tolerant lawn becomes a bigger trend, more people will join the cause.

Cameron Brick also recommends framing the drought as more of a community issue with tangible, local impact. When more realize that this huge issue affects their own personal neighborhoods, people are more likely to take local action. Also, when people can tangible see the results of their efforts, they are more likely to do more. Making community events like switching out grass lawns to drought-tolerant plants could encourage more people in the neighborhood to join the efforts.

Ultimately, the choice still lies with you. Change never happens until someone decides to make a difference and to be the change.  Furthermore, low self-efficacy is not just a behavior that is confined to the drought in the west. It is a nationwide problem, one where not every person has yet realized their own agency to enact change upon the plethora of social issues affecting our nation and our world today.

Take steps to change your personal lifestyle (this is the only way real change will happen). Besides taking shorter showers, running laundry when full,  and replacing your grassy lawn with drought-tolerant plants, consider making a few changes in your diet. Surprisingly, cutting back on meat consumption could save the most water, since four ounces of beef requires 675 gallons to produce while shortening our shower by a few minutes could save you up to 5 gallons of water. The smaller the consumption of meat, the smaller the demand to feed more cows.

Visit “Save Our Water” to learn more about the drought and to read about some water-saving tips.

In addition, you can also urge big mining, oil and gas companies to cut down on their personal water usage as well by signing this petition. 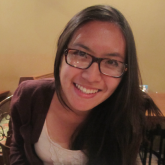 Joyce Chu is a policy corner writer who has a passion to bring awareness to important social and political issues happening in the world. She graduated from University of California, Irvine with a double bachelors in International Studies and Journalism. Joyce discovered her passion for journalism when she was studying abroad in Israel. While there, an unruly conflict took place as Israel and Gaza stated to bomb one another. Through this experience she realized that she desired to be in places of action/ areas of conflict, and to tell the stories that are happening on the ground. Joyce hopes to not only bring social awareness, but to inspire change through music and other art forms. Hope comes from inspiration, and inspiration is the mechanism that will drive people towards action and empowerment.