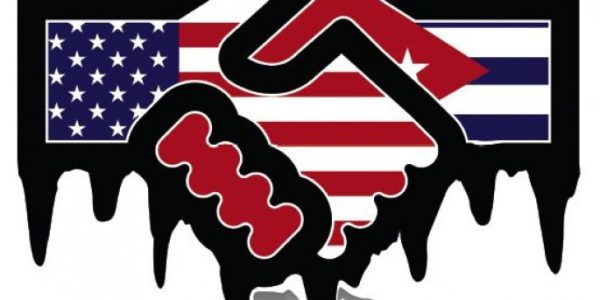 This May has been historic when it comes to U.S. – Cuban relations. The recent voyage of the Adonia, the Carnival Cruise Line owned ship, to the island for the first time in over four decades on May 2 shows a blossoming relationship.  With the first voyage to Cuba in almost forty years now complete, the future between the U.S. and Cuba, beyond cruise ship excursions, is being questioned. Many are asking how the relationship between the two countries will continue to change and modify over time, especially after many years of conflict between the two nations. The opinions on restarting diplomatic relations with Cuba are mildly in favor of it, with 62% of Americans thinking reopening ties would be mostly good for the United States, according to the New York Times. The majority also agree that ending the embargo would be a good thing, and would stop the $1.2 billion loss in lost sales and exports, according to the Chamber of Commerce.

There are two opposing viewpoints on Cuban-U.S. relations with little middle ground between them. On one side, the pro-Cuban relations group feels like regaining the relationship is something good and something that is needed, with an editorial posted on the Orlando Sentinel stating “We hope this diplomatic opening will foster economic and political reforms for the long-suffering Cuban people that never took root under decades of U.S. isolation. But we also anticipate benefits for the American people.” On the other side, many people think that this move is too much, too soon, with Scott Walker, quoted in December of 2014, stating “There’s a reason why we had the policy in the first place. I haven’t seen solid enough evidence to make me believe there’s been a noticeable change to the policy this country’s had through administrations in both parties.” Most conversations are divided among the two opinions, and whether or not we should continue to hold the embargo, as we have not seen improvements in human rights in Cuba, and a lifting shouldn’t happen until improvements are seen. The vendetta is although the relations between the U.S. and Cuba are still being impacted by differing opinions, the embargo should stay in place until their human rights record improves.

The diplomatic relations and the trade embargo, which is defined as an official ban on trades, were both instituted in 1960 in response to the reforms put in place by Fidel Castro after the guerilla wars he put into place with the help of Ernesto “Che” Guevara in the late 1950s. The Embargo between the U.S. and Cuba began under the Eisenhower administration, and originally “covered all U.S. exports to Cuba except for medicine and some foods. President John F. Kennedy expanded the embargo to cover U.S. imports from Cuba and made it permanent on Feb. 7, 1962.” These bars on the trade embargo burned almost all of the bridges in between Cuba and the United States, and gave massive economic repercussions, such as $1.2 billion loss in lost sales and exports according to the Chamber of Commerce, even though it kept the pressure on Cuba to change its communist direction. With the more recent cruise voyage to Havana, it seems like the long-embedded policies of barring communication and relations with Cuba are slowly melting and becoming more pliable to changing times and changing economies, but it might be too soon to let go of the embargo.

One of the larger issues the U.S. has with Cuba is their negative human rights record since the implementation of a communist government. “Human rights in Cuba are under the scrutiny of Human Rights Watch, who accuse the Cuban government of systematic human rights abuses, including arbitrary incarceration, unfair trials, and extrajudicial execution. Cuban law limits freedom of expression, association, assembly, movement, and the press.” If the U.S. is going to do business with Cuba, their human rights record has to improve.

What should be done is open diplomatic relations that allow people to come back and forth and visit Cuba, but still hold on to the embargo. While it does seem like time to open up economic relations between the two nations, completely dissolving the preventative measures put into place would be too much too soon. Ending all supervisions, especially during a time where we are still not completely sure of Cuba’s human rights improvements would go against American values.When or if they have improved enough to warrant a full trading relationship with the U.S., then all impediments should be cut.  As Scott Walker said, “Changing relations with Cuba right now without them showing a noticeable change in what kind of freedoms they’re willing to put in place is a problem.” He continued, “No matter who the president is, no matter what party is in charge, consistently in the past we’ve said if you want to have a more normal relationship with the United States you need to show that you’re committed to the same freedoms and rights we have here in the United States.” Until we are sure that we can expect a Cuban government that is far from the one put in place by Fidel Castro we need to be cautious about what we let go of.

Learn more about the history of the UUS-Cuban conflict here.