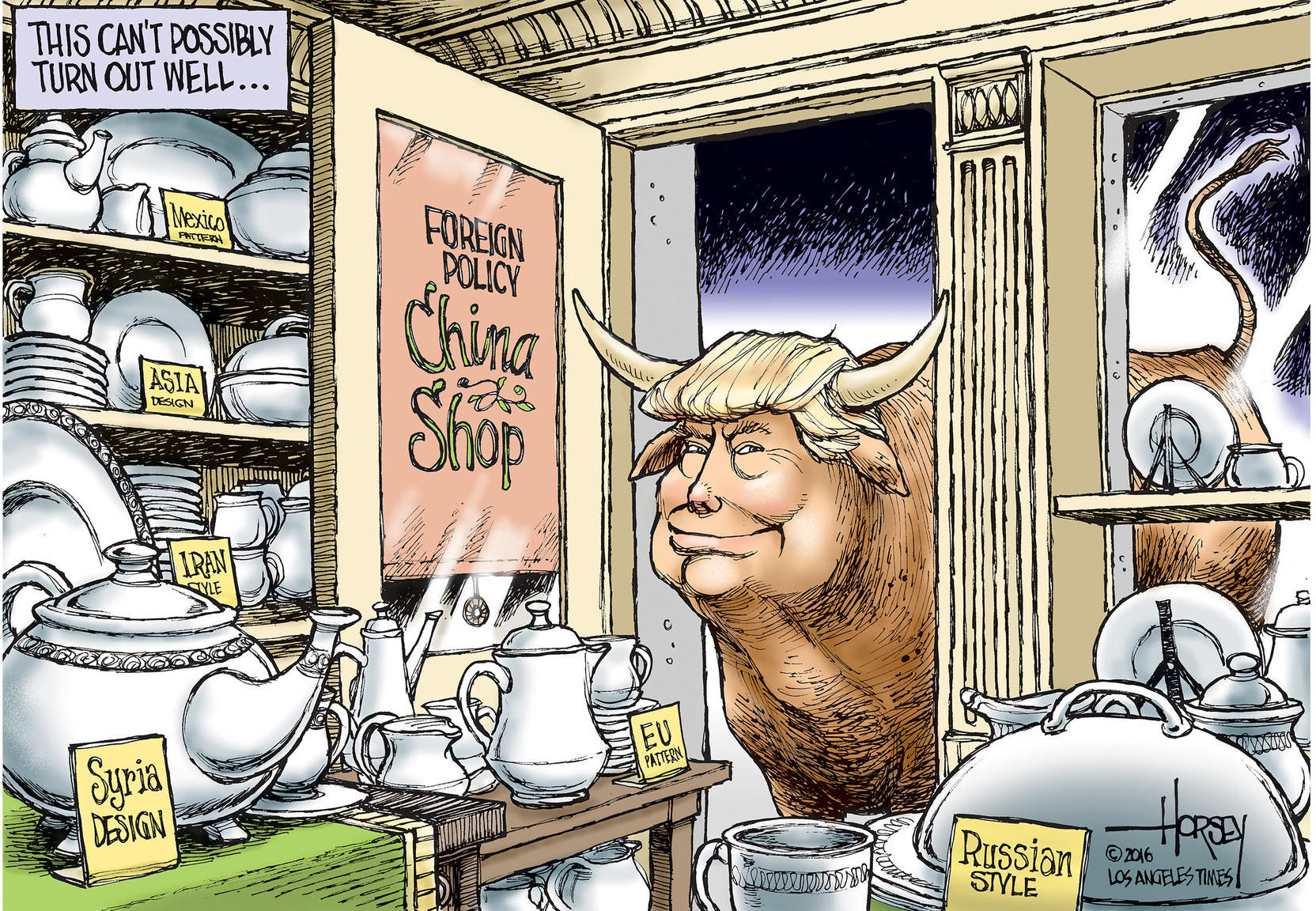 The Bull in a China Shop

Markose ButlerAugust 16, 2017Comments Off on The Bull in a China Shop0 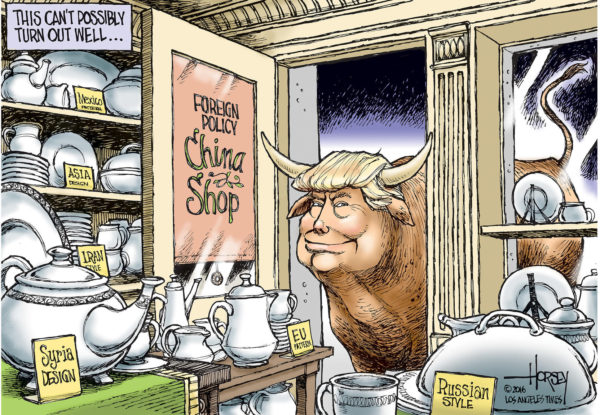 Imagine you are good friends of a couple, Tim and Chia, who own a large house and the business in town where you do a lot of shopping. Now imagine that the couple begins fighting and decides to separate and remain on the property, Chia lives in the large house and Tim in a smaller guest house on the property. Since Tim is a good friend, you decide to help Tim with his attorney’s fees and, because of your history with the couple, you agree with Tim that he should be the sole owner of the entire estate, even though he now lives in the guest house. Soon Chia approaches you and says that if you just acknowledge them as the rightful owner of the entire estate, they’ll allow you to shop at their store again, and they’ll even buy products from you to sell in the store.The deal never said you had to stop paying Tim’s attorney’s fees, and Chia turns a blind eye to it; what’s more is that Tim has even begun to make a killing on a home business and is doing better than ever. So everyone is better off, you’re shopping at your favorite store, you’re selling to Chia’s store, Chia has a good customer, and Tim is richer than he ever was when he was with Chia, and what’s best is that Tim and Chia’s loud arguments that would wake the neighborhood up have ended. Now your child is getting ready to take over the business, and seeing how much you buy from Chia decides they want to bring up the estate issue again with Tim so he can get more discounts from Chia’s store. On the one hand, your kid has a point – you are really buying a lot from Chia and money has been starting to get tight. On the other, is it really worth stepping back into this divisive exchange, and potentially getting cut off from Chia’s store again, just to squeeze some more cash out of the deal?

Now, the above scenario did not happen. However, it serves as an analogy, though imperfect, for what President-elect Donald Trump has been saying and doing in regards to US-China relations (with Tim as Taiwan, Chia as China, and the you being the US). Since his December 2nd conversation with Taiwanese leader Tsai Ing-wen, during which Mr. Trump reportedly received congratulations on his election victory, Mr. Trump has continued to ratchet up tensions with China by making statements more hostile to China and its territorial integrity than any since the Nixon Administration reopened relations with China. In response, Beijing has taken steps to reassert the importance of the US following their One China policy (a policy that holds that China is one country that officially includes Taiwan despite Beijing not exercising direct control over the island) ranging from the normal statement at a press conference and meeting with Trump transition members involved with foreign policy [1] all the way to flying a nuclear bomber over the South China Sea as a reminder of the real world risk of destroying the US-Chinese relationship [2]. In a December 11 interview with Fox News, Trump stated that he understood what the One China policy was. However, he did not feel that the US should be beholden to the policy, stating “I fully understand the One-China policy. But I don’t know why we have to be bound by a One-China policy unless we make a deal with China having to do with other things, including trade.” [3] This is all fitting within Donald Trump’s basic stated ideology of “America First”, which involves increasing American economic and military strength as well as making “America respected again”. [4] Which is also supported by Mr. Trump’s statements regarding small incidents with China, such as his insistence that President Obama boycott the G20 summit over China’s forgetting to bring a proper staircase so that the President could get off Air Force One. [5] Additionally, in response to China’s seizure of a US underwater drone in the disputed South China Sea, Mr. Trump took to twitter to express outrage at the incident and responded to the news of China’s intention to return the drone with “We should let them keep it”. [6][7] Meanwhile, his communications director seemed to imply in a tweet that the President Elect had something to do with its return. [8]

As with all things, there are pros and cons to different policy options. The current global order, established by the Allies after World War II and cemented after the fall of the Soviet Union, is largely held together by international institutions like NATO, the UN, the European Union, and World Trade Organization, which the US is a part of or are heavily influenced by US policy. The commitments taken by the United States also have direct benefits for American consumers such as:

But these policies have their tradeoffs:

On the other hand, President-elect Trump’s “America First” policy aims to benefit Americans by:

However, because the campaign was light on specific policy, any implications of “America First” can only be seen in light of his statements and tweets during and after the election, and they have tradeoffs as well:

It is for these reasons why I titled this piece “the Bull in a China Shop”, not specifically because as the phrase implies, that a bull is destined to destroy much of the merchandise, but to emphasize the delicate nature of the US-China relationship, as well as global diplomacy in general. Every president is the Bull from the second they are inaugurated, the goal of the presidency then, is to navigate the shop without making rash movements that can destroy the store. If Mr. Trump is to successfully navigate that shop, it is incumbent on we the people to take what steps we can to keep him steady.

Direct action like protesting his proposed military build up and support for the nearly $1 trillion nuclear arsenal renewal is one way. Another way to get involved is to demand Congress reassert its authority to check the President if he makes radical changes on foreign policy. With Donald Trump’s cabinet appointments becoming known, it is important that those who don’t support diplomatic escalation contact their representatives and demand that Congress reassert its authority on foreign policy matters. While it is true that the Constitution gives the president a lot of latitude in setting his/her own foreign policy, Congress does have the authority and duty to prevent the President from using that power recklessly. It can for instance, refuse to appropriate funds to establish an embassy in Taiwan or reject his attempt at establishing tariffs on Chinese made goods. So if you wish to maintain the foreign policy structure that has allowed the United States to enjoy its high standard of living, it is important that you reach out to your congressperson and demand that they begin to reassert Congressional authority on foreign policy.