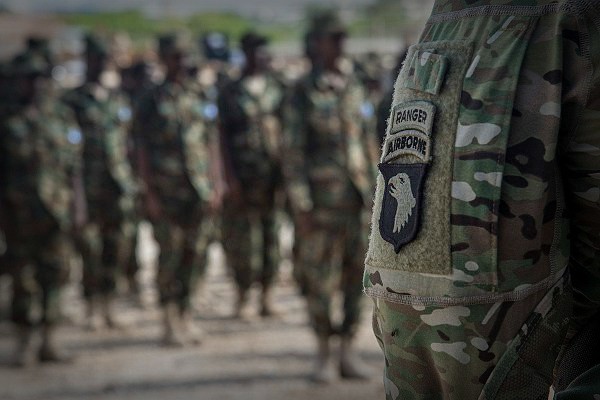 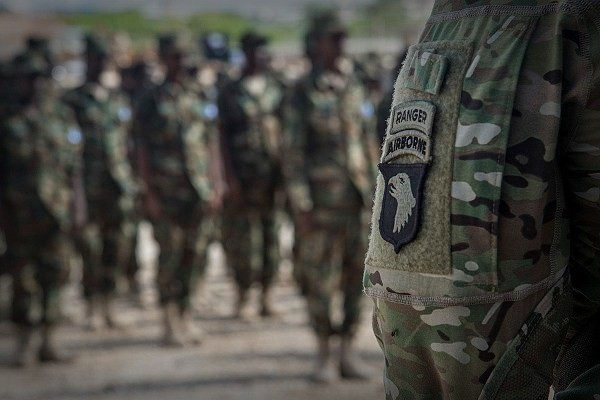 On 4 October 2017, US soldiers along with Nigerien forces were ambushed near the town of Tongo Tongo in southwestern Niger, just south of its border with Mali. [1] In the ensuing firefight, four US Green Berets and five Nigerien troops were killed by ISIS-aligned forces. On 3 October 2017, nobody in Congress even knew they were in Niger. [2] While the President has spent the past two weeks debating his ability to console gold star families with the Press, the White House and Pentagon are only now getting around to being more transparent about military deployments in Africa where groups like the Islamic State, Al-Qaeda, al Shabaab, and Boko Haram have been active.

In a 24 October press conference, Chairman of the Joint Chiefs Gen. Joseph Dunford confirmed that the US has over 6000 military personnel across 53 out of 54 countries in Africa. [3] [4] Outside of the Middle East, Africa has the highest deployment of special forces anywhere with 1300 deployed continent wide. [3] While many would argue that the War Powers Act should require the Administration to report on these deployments, the act also provides for the deployment of troops using an Authorization of the Use of Military Force – an AUMF.

So what AUMF passed allowing us to send troops across Africa – not to mention South East Asia? The same one that was passed in response to 9/11. [5] Moreover, other parts of US law permit American troops to be deployed on “train and advise” missions outside of the War Powers Act mandate. While most news of such deployments are portrayed as risk-free, the soldiers ambushed in Niger were deployed there under that authority. [6] When questioned by Senator Chris Murphy (D-CT) on where the line between combat and train-and-advise exists, Defense Secretary Mattis answered (paraphrase) ‘that while troops in the area had not seen combat in the near dozen missions since April, a complete answer would have to wait’. [6]

The Authorization of the Use of Military Force passed by Congress in the wake of the 9/11 attacks states:

Because of the wording of the resolution and Congress’ unwillingness to debate a new AUMF, Presidents Bush, Obama, and Trump have used the AUMF to authorize military action in countries a continent away from Afghanistan. On top of that, Title 10 gives the President the authority to send troops on non-combat train-and-advise missions that can still result in casualties. And while clashes between Congress and the Executive Branch over military transparency have always existed, Congressional inaction and an open interpretation of the 9/11 AUMF bring the tension between Discretion and Disclosure into stark relief. That is to say, how much does or should the American public and/or Congress need to know about military deployments? President Trump spent the campaign talking about how he didn’t think it was smart to be announcing troop movements. “Why are we telling them we’re going to attack Mosul?” [8] Does he have a point in that military decisions should not be announced lest they jeopardize a mission? Or is the danger of a President engaging in secret wars too great for complete opacity? Is there a middle ground?

Some in the media took his criticism of the media announcement of the re-invasion of Mosul as an endorsement of a “sneak attack” [9], a strategy he did literally endorse during the presidential debates. He also implied that it would be better to have “secretive” military action to be announced following victory. In essence, Trump seems to want complete discretion, where troops would be deployed with little to no announcement and their actions revealed following their victorious return. Is it any surprise that an administration led by a President with such a view on military policy would not want to talk about military movements?

To the President, controlling the flow of such information gives him leverage over the enemy, keeps bad developments out of the public eye, and allows him to reap the rewards of any positive developments. Advocates of transparency would argue that such a strategy only personally benefits the President as there are already established rules on the flow of information to keep sensitive details out of the public while ensuring that the President and Congress are accountable in the conduct of war. Those skilled in military policy would also argue that keeping information out of American media does nothing to keep it away from locals who can see the military movements with their own eyes. In fact, many of the survivors of the Niger ambush say that locals attempted to delay their departure as if to provide time for the assailants to stage the ambush. [10]

Whether or not you agree with the President’s lack of transparency with regards to military movements, there’s an urgent need to debate the current state of the war on terror. With thousands of troops deployed across Africa under a resolution enacted in response to an attack organized by terrorists sheltered in Afghanistan and funded by Saudis, the 9/11 resolution has been treated by presidents of both parties as a blank check to deploy troops.  Meanwhile, Congress has not been willing to act to assert its authority to declare war or to constrain the executive branch’s ability to conduct war. Despite this, there are four avenues that can be taken regarding the current state of the “War on Terror”:

When the Founding Fathers gave the sole power to declare war to the Congress in the Constitution, they did so with the intent that the President shouldn’t be able to single-handedly declare war against countries with impunity. And while Congress never provided President Jefferson with a formal declaration of war in the US’ first post-Revolutionary war, the Barbary War, it did give pass a resolution authorizing the defense of American sailors. Nowadays, Congress is more apt to rubber stamp a deployment under the 9/11 AUMF rather than pass a new one for the new actions we’ve taken.

What can we do?

Members of Congress from both parties have presented bills for a new AUMF, but they keep stalling because Congress is unwilling to have a debate on the state of the war on terror. The way they see it, a vote for a new AUMF can backfire if a war goes badly, but  a vote against it can also be used to decry them as unpatriotic. Only until they are more scared of not having a vote than having it will they actually start a debate in earnest. That is why we must demand that Congress act to vote on a new AUMF. It is incumbent on you to reach out to your representatives and demand that Congress open up debate on the War on Terror. The present state where the president sends troops on missions with little announcement is not healthy for a democracy. Secret wars where only the victories are announced is the exact opposite of how the United States is supposed to conduct war.