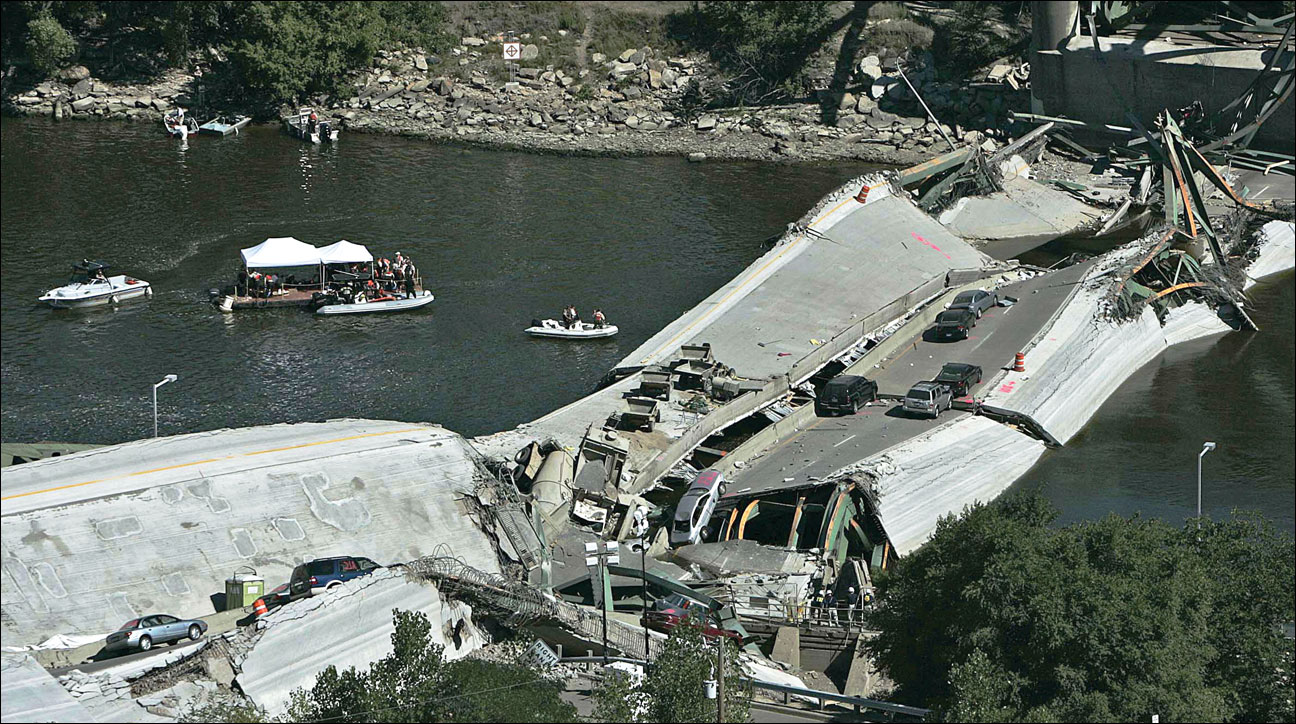 Anthony FitchNovember 12, 2017Comments Off on The Hidden Disaster0 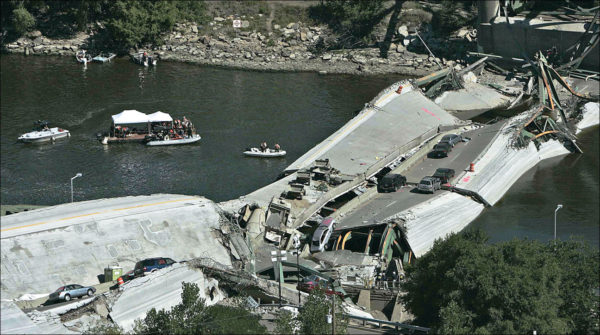 On August 1st, 2007, the I-35W Mississippi River Bridge in Minneapolis collapsed, killing 13 people and injuring 145. The bridge received a classification of “structurally deficient” by the federal government in 1990; nearly 75,000 bridges shared the classification at the time of the collapse. Nearly a decade later, the infrastructure problem in the United States has only gotten worse. Practically every American utilizes unsafe or inefficient infrastructure in their regular lives; we drive on cracked, pothole-riddled roads and highways, cross unsafe bridges, fly through airlines plagued with delays, and drink water carried through poisonous pipes. While the I-35W bridge collapse or the disaster in Flint, Michigan seem like extreme cases of infrastructure neglect, the reality is that America’s declining infrastructure has severe economic consequences that affect us all. Both parties in Congress, along with local and state governments throughout the country agree that infrastructure investment is critical. However, despite the fact that such reform has bipartisan support, Democrats and Republicans differ on how America should invest in the hundreds of thousands of infrastructure projects in the country.

Since infrastructure improvement is a bipartisan issue, why has there been no meaningful legislation passed to address the issue in years? While Democrats and the GOP agree there is a problem, they differ in their solutions to the problem. Namely, the vendetta at work regarding infrastructure reform is public vs. private spending. Democrats favor public funding for these projects (meaning the government, and thus taxpayers, pays for them), while Republicans favor private investment (through direct investment from Wall Street firms, tax incentives for private construction, engineering and transportation companies to encourage investment, and even foreign investment).

The Trump administration’s trillion-dollar infrastructure proposal skews heavily toward the private spending model. [2] The plan calls for $200 billion in direct government spending with the remainder of the funding coming from the private sector through tax incentives. Opponents of Trump’s plan point out that instead of leading to investment in infrastructure, Trump’s plan would simply privatize many public infrastructure projects such as highways, ports and air-traffic control systems. [3]

Privatization of instructure is a problem for several reasons:

Since the benefits of a modern, robust infrastructure system benefit all Americans (including these private firms), the cost burden should be shouldered in a fair manner. Some Republicans, such as state legislators in Texas, have even begun to oppose public-private partnerships in infrastructure because of the profit-driven model that does not consider the greater need of the public. [3] Trump originally envisioned Democratic support for his plan, given that both parties emphasize the need for reform. [4] However, given the huge strain in relations between Trump and the opposition party over the past few months and the structural disagreements Democrats have with Trump’s proposal, he can no longer expect much support from the left. Furthermore, his GOP allies will find it difficult to pass his plan given their current focus on healthcare and tax reform.

For their part, Senate Democrats offered an infrastructure plan in January which sought $1 trillion in public spending for infrastructure projects throughout the country. [5] However, unless the plan receives significant support from the GOP, it stands no chance of being passed before 2018. Thus, unless the Trump administration offers a real infrastructure plan, one that combines significant public spending along with some form of private investment incentives that does not favor unjust privatization, our infrastructure system will remain woefully underfunded. The hidden disaster of poor roads, dangerous bridges, inefficient airports and unsafe water systems will continue unabated until tragedy strikes again.

Call to Action: The shameful state of our infrastructure affects us all. If you believe, like I do, that we need urgent action on infrastructure investment, lobby your local, state and Congressional representatives. Even if Congress cannot agree on a comprehensive national infrastructure bill, there are projects in your city and state that can still receive funding. Look out for ballot initiatives that would pass costs to consumers through tolls and fees.

Also, be sure to follow the American Society of Civil Engineers at www.infrastructurereportcard.org for more information on how your state fares in its infrastructure conditions.

[5] Morley, J. (2017, June 17). Trump is selling a privatization scam and calling it an infrastructure plan. Retrieved from http://www.salon.com/2017/06/17/trump-is-selling-a-privatization-scam-and-calling-it-an-infrastructure-plan_partner/