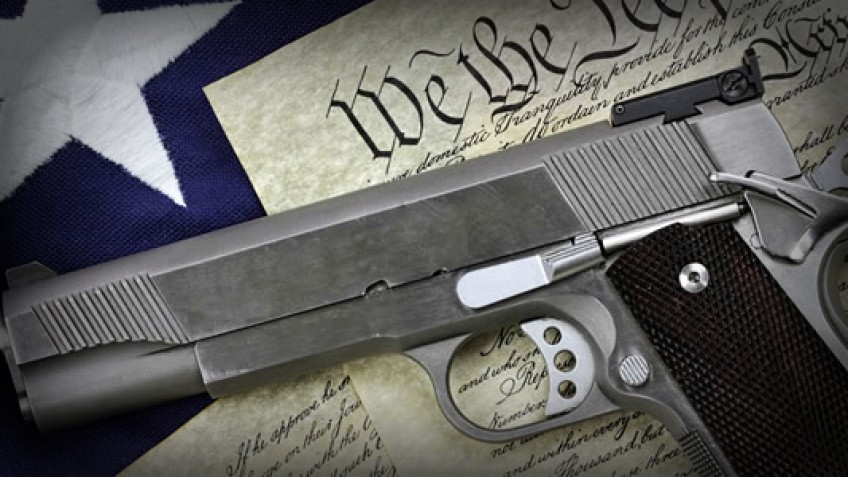 The Next School Shooting: Brought to You by ISIS

Markose ButlerMarch 28, 2018Comments Off on The Next School Shooting: Brought to You by ISIS0 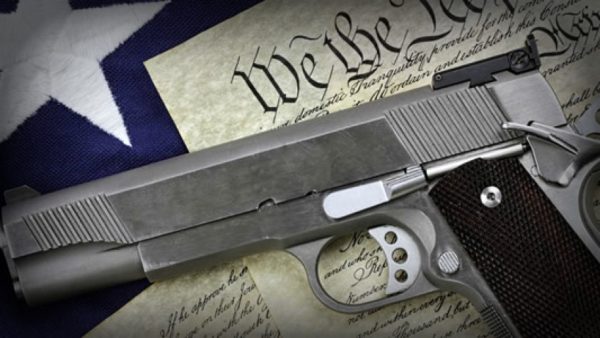 Parkland, Sutherland Springs, Las Vegas, Pulse, Charleston, San Bernardino. In each of these mass shooting cases, the perpetrator(s) of the crimes obtained their guns and ammunition legally and used them to kill and injure scores of people in public places ranging from schools and churches to offices and nightclubs. While popular debate continues to foment over which mass shooting/killing incident should be called terrorism and how best to prevent mass shootings, we often overlook the major national security vulnerability created by our gun laws.

In a 2017 issue of Rumiyah, the online propaganda magazine of the Islamic State, an article encouraging US-based ISIS sympathizers to take advantage of America’s loose gun laws to carry out their acts of terror appeared. “The acquisition of firearms can be very simple depending on one’s geographical location…In most U.S. states, anything from a single-shot shotgun all the way up to a semi-automatic AR-15 rifle can be purchased at showrooms or through online sales — by way of private dealers — with no background checks, and without requiring either an ID or a gun license.” [1] Because the United States allows for freedom of movement between states, loose gun laws in some states allow gun traffickers to take guns into urban areas in states with strict gun control laws.

Trafficking between cities on the East Coast and gun-friendly states like Virginia, Pennsylvania, and Georgia is so pervasive that I-95 is often referred to as the Iron Pipeline. [2] And while it is true that guns trafficked on the Iron Pipeline overwhelmingly go to organized crime rather than mass shootings or terrorist incidents, [3] the ease of purchase and movement of guns is what is at issue here. If all one needs  to obtain the guns to carry out a terrorist attack  is a clean background check to buy at a licensed gun dealer or the ability to make a purchase at a gun show, then the young adult radicalizing on the internet to white supremacist or ISIS propaganda only has their own ambition to stop them.

This of course, brings us to our vendetta: Rights v. Security. What do we do when something deemed a right conflicts with the ability of the people to leave peacefully? Is several dozen lives a year in mass shootings and terrorism an acceptable price for the right to own a gun? Or should we reexamine the right to own guns in light of the risk to national security and public safety?

Ben Franklin is quoted as saying that “those who would sacrifice liberty for security deserve neither”  and while historians argue that the context Franklin was speaking of wasn’t related to rights issues, [4] the quote still has cachet among civil libertarians. But to that end, many on the pro-gun side would argue that terrorists abusing our rights is even more reason to cling to them more. Additionally, many would argue that surrendering gun rights in the face of terrorism could leave law abiding citizens defenseless in an active shooting (“a good guy with a gun”) or in the event of government tyranny. Bolstering their argument is current Supreme Court precedent laid down in the Heller (2008) and McDonald (2010) decisions saying that the 2nd Amendment creates an individual right to own guns.

On the other side of the issue are gun control advocates who argue that the genuine risk to public safety and national security overrides the right to own guns and thus certain regulations on gun ownership must be put in place. Bolstering their position is data on gun violence showing that states with more guns experience more gun violence than states with stricter gun control laws. [5] On top of that are the exhortations by terror groups and others to use lax gun laws to obtain weapons to carry out attacks; in fact, in the Rumiyah article I quoted above, the same issue displays the methods of the Pulse Nightclub shooter as a model for other would-be terrorists. [1]

While both sides will continue to debate the issue, we as a society have a decision to make on whether or not we want to continue the free flow of guns in our society, and ultimately the option you choose comes down to what you as an individual prioritize:

While my personal sympathies lie with a repeal of the 2nd amendment, as an observer of politics I am aware that such a move is politically impossible at the moment. Even the speakers at the March for our Lives rally in Washington and other gun-control groups aren’t pushing for that. However a compromise position that balances the vulnerabilities created by the 2nd amendment and the real national security risk posed by guns could contain many components:

Whichever way you prioritize guns, this is one issue for which advocates on both sides of the issue have ample opportunities to voice their opinions and demand action. For my pro-gun readers, groups like the National Rifle Association and Gun Owners of America advocate against any new gun restrictions and for loosening regulations on gun manufacture and sale. For those in favor of gun control, groups like Moms Demand Action and Everytown for Gun Safety have been pushing for gun control laws, as has Never Again MSD, the student movement led by the survivors of the Marjory Stoneman Douglas Shooting in Parkland, Florida. For a more direct action, you can also call your congressperson and senators and voice your opinion on the No Fly No Buy and Universal Background Check bills.

The Death of Dodd-Frank: Did Wall Street Learn its Lesson? Previous post
Can We Protect Police and the Public? Next post