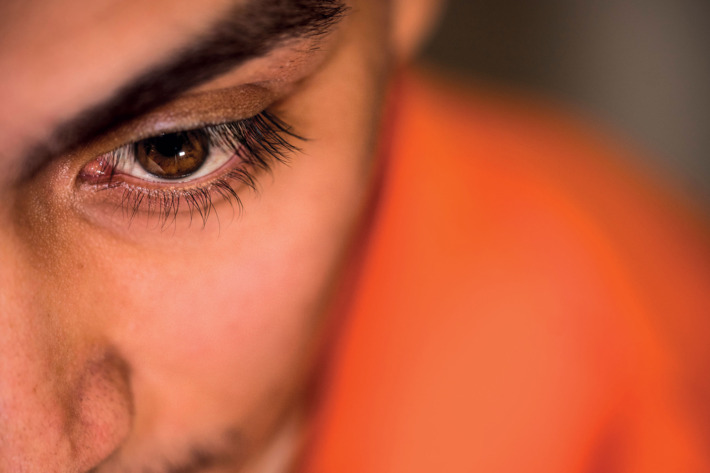 Out of the Shadows, Into the Crosshairs

Cassandra MoralesApril 11, 2018Comments Off on Out of the Shadows, Into the Crosshairs0 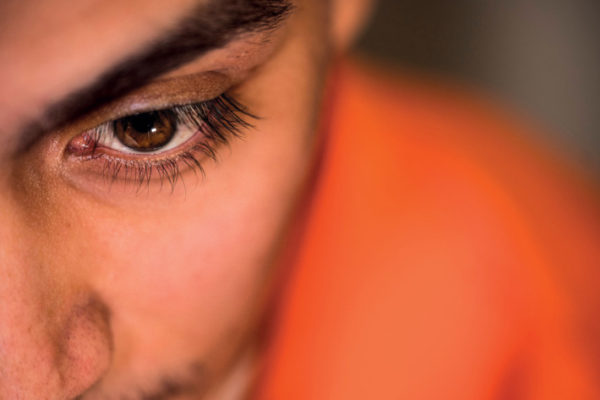 A Salvadoran immigrant teen was imprisoned by ICE and is now facing deportation charges after becoming an MS-13 gang informant, revealing a string of murders in Long Island, NY. Henry, the mononym that protects his identity, worked with U.S authorities for a year to turn in a few of his classmates that were killing fellow students from Brentwood High School. However, ICE and other immigration authorities hope to use his own gang involvement as evidence to deport him back to his country — even though he entered legally and is pleading asylum.

Currently, the judge who is hearing his case has decided to review the case in May to make a final decision. What is troubling here is that Henry will most certainly die at the hands of other MS-13 members if sent back to El Salvador now that he is a known informant. Henry details how he was forced into the gang for more than half of his life and was tragically attempting to flee for a better life. He decided to go public with his story as the last sliver of hope that public outcry and donations would push for his safety [1].

The irony is that the origins of the notorious gang MS-13 and the precariousness that Henry and millions of other young men are left to face are the result of U.S interventionism in Central America. MS-13, or Mara Salvatrucha, is one of the most notorious international crime organizations — originating in 1980’s Los Angeles after several civil wars and unrest in Central American countries like El Salvador, Guatemala, and Nicaragua [2]. Centuries of Spanish conquest left the region with scars of inequality and poverty, which lead to rising social and political tensions in the 1970’s. Due to the fear of spreading communism, the U.S government began financially supporting the national governments in the region to combat communism through government-led death squads subjecting innocent people to immense violence. The U.S spent “$6 billion on direct military assistance to El Salvador’s repressive regime”, resulting in over 75,000 civilian deaths over the course of the 12-year civil war [3] [4].

This pushed a lot of undocumented Salvadoran and Central American immigrants to flee to the United States, mainly Southern California, out of safety. Black and Mexican-run gangs dominated the gang scene in LA, leading to Salvadoran migrants forming a gang together in defense. As MS-13 began emerging and becoming more established throughout the 80’s, President Clinton’s crackdown on crime led to the deportation of thousands of undocumented Salvadoran and Central American criminals [5]. Using the gang practices they learned from the American gangs, MS-13 flourished in recovering El Salvador establishing an organization that would plague future unsuspecting generations, such as Henry, who were born into this gang culture. When the American government aids in some of the most atrocious periods of massacre and then complains about the outcome of violent gangs from those in the region, there is inherently some hypocrisy. “In effect, it is a repeat of the same failed strategy that led to the creation of MS-13” [1].

This story is especially urgent because it combines: 1) xenophobia espoused from President Trump and other conservatives and 2) ICE’s abuse of power through the unjust deportation of a gang violence victim after working with American authorities. The outcome of Henry’s case may determine the futures of other crime informant immigrants who did not have power or agency over their own involvement with crime.

The political vendetta in this story is between the safety of the country versus protecting a key informant and victim of violence. President Trump highlighted MS-13 related murders in his State of the Union address, further enforcing the misconception that Latino immigrants are murderers and criminals. Immigration agents believe that having Henry in the country will cause more harm than good, even though Henry came into the country legally and was escaping his own murder in El Salvador [1].

The fact of the uncontrollable circumstances surrounding his deeds and his own cooperation which potentially saved many lives is completely disregarded. Henry talks about how his case was mishandled by the authorities that were there to protect him. His FBI handler never formally agreed to give him witness protection even as they worked together for a year and halted ongoing heinous acts. Initially, the federal prosecutor, FBI handler, and school principal declined to verify Henry’s collaboration with authorities. Every authority actor involved put Henry’s life in danger in some shape or form; his school alerted the police and the federal government, which then alerted ICE.

Fortunately, what Henry didn’t expect was the amount of response after his article was published: $15,000 in donations and countless big news sites and social media accounts covering his story. When you hear about Henry’s story from his own words, he becomes more than that “MS-13 Gang Informant”. He is humanized.
Policies that would protect Henry and are being explored by his attorney Johnson: duress and Conventions Against Torture, “a United Nations treaty that forbids the U.S. from returning immigrants to places where they will be killed” [6]. Under duress, or “constraint illegally exercised to force someone to perform an act”, Johnson would argue that Henry was forced to commit murder in El Salvador because his life was in danger [7][6].

While the government argues Henry should be deported because of his involvement in gang activity, I argue that his good deeds outweigh the potential danger of keeping him in the United States. There has to be sympathy for this boy and his situation. He details how he was coerced by the law enforcement agents and the school system that mishandled his case, ultimately leaving him vulnerable at the hands of ICE. He is not being convicted of a crime and he prevented many potential crimes. He has simply decided take fate into his own hands at a chance for a better life. It’s what almost any immigrant wants. We can learn from Henry’s example of someone who risked his own safety to help keep others safe.