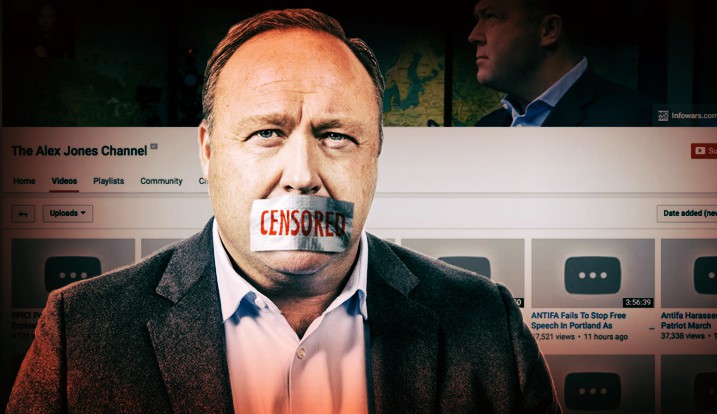 Hatred and the Freedom of Speech 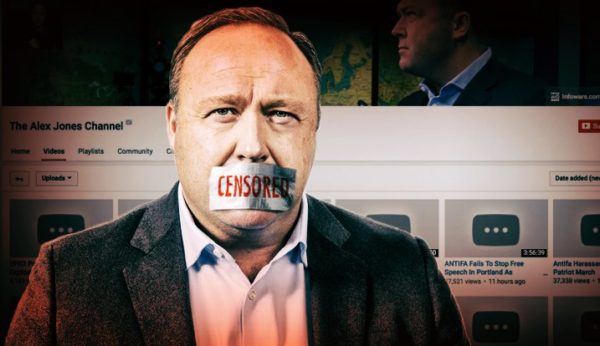 According to Merriam-Webster, hate speech is defined as expressing hatred towards a concentrated group of individuals. The legal definition of hate speech is speech that is intended to insult, offend, or intimidate a person because of a trait that they may possess. Free speech, however, is protected by the first amendment of the Constitution. The million dollar question is, when does hate speech cross a line, and it doesn’t become a protected speech?

The most telling of these actions came from YouTube, which removed the Alex Jones Channel, a channel with 2.4 million subscribers and videos that were viewed over 1.5 billion times. The only social media network which left Jones’s and, subsequently, Infowars’ content available is Twitter, which claimed the content didn’t violate any of their content policies.  Twitter recently reviewed Jones’s tweets, and it admits that his history of posts violated the site’s terms of service, Although they didn’t terminate his accounts, because as Twitter CEO Jack Dorsey put it, having Jones around gives journalists the opportunity to “document, validate, and refute such information directly,” Twitter ultimately ended up banning Jones from its site for a week. Youtube claimed he violated the websites rules against inciting violence when he tweeted a link to a video that said that Jones’s supporters should get their “battle rifles” ready against the media.

Facebook has taken down four Alex Jones-related-pages from its site, in addition to removing four similar videos last month. Apple removed five podcasts related to Jones and Infowars, claiming the company doesn’t tolerate hate speech. Facebook echoed similar sentiments, saying these videos and pages violate their graphic violence policy, and they use dehumanizing language to describe those who are transgender, Muslim, or an immigrant.

There has been a backlash from Jones and Infowars. Jones thinks these tech companies are trying to censor his content, because they’re not allowing their viewpoints on their platforms, but the truth is that these companies took his content down because they promote unlawful conspiracy theories. Jones has stirred controversy by calling one of the survivors in the Parkland, Florida shooting a “crisis actor”, and later said that the survivor David Hogg, was given talking points by anti-gun supporters.

Those who typically aren’t in favor of Infowars’ content say that there’s a line which has been crossed with the free speech argument when a news outlet promotes conspiracy theories and false information out into the public. Those who are on Infowars’ and Alex Jones’ defense say that their platform allows the public to consume different political opinions and that their views should be expressed to the wider public. The fact that Infowars’  and Alex Jones’ content were taken off these social media outlets creates a slippery argument, which is whether to take the content off these platforms entirely, or to leave it up,  so that the public has a chance to examine the content in regards to consuming political viewpoints that may differ from their own. To summarize, the main vendetta here is the argument on what’s protected by free speech, and what’s considered hate speech.

This story mainly deals with the first amendment right to free speech, and the limits of hate speech. According to the American Bar Association, or A.B.A. there can be limits to free speech, when the speech being expressed, crosses into hate speech territory. I think this is the situation that Alex Jones, Infowars, and these tech companies find themselves in. Below are some examples of the legalities of free speech, by the A.B.A.:

This is the dilemma that Alex Jones and Facebook, Google, and Apple, are facing with each other. There needs to be a middle ground to this issue, in order to appease both sides of this debate, when it comes to free speech and hate speech.

There are several outstanding differences between private companies and public companies. Facebook, Twitter, Google, and Apple are publicly owned companies that publicly trade on the stock market. Infowars however, is a privately owned company, that’s primarily controlled by Alex Jones.  It’s important to understand the key differences between these two types of companies, especially when it comes to free speech rights.

Below are some of the differences between public and private companies:

The final difference between a public and private company is crucial. Since a private company doesn’t have to answer to any shareholders, it can pretty much do or say whatever it wants, considering it has enough good financial backing from its small group of investors.

A private company like Infowars can still presumably thrive financially, as long as its investors continue to agree with the site’s viewpoints. Whereas, companies like Google, Apple, Facebook, and Twitter have to follow certain rules and regulations, and they have a lot more to lose if they keep up Infowars’ content on their services, while they violated their hate speech policies.  Plus, these tech companies’ have a lot more at stake if they’re embroiled in controversy since their stocks are owned by the general public.

I believe the best options which would be to have a zero tolerance policy on promoting stories and posts that could spread false information to the public. Also, I think Facebook, Google, and Apple should promote and invest in media literacy projects while putting some of Infowars’ content back up on their sites. This could show they’re respecting Alex Jones and Infowars’s right to free speech while, at the same time, respecting the segment of people who may not agree with Infowars’ content, that they’re committed to making sure the public makes informed choices about how they consume the news.