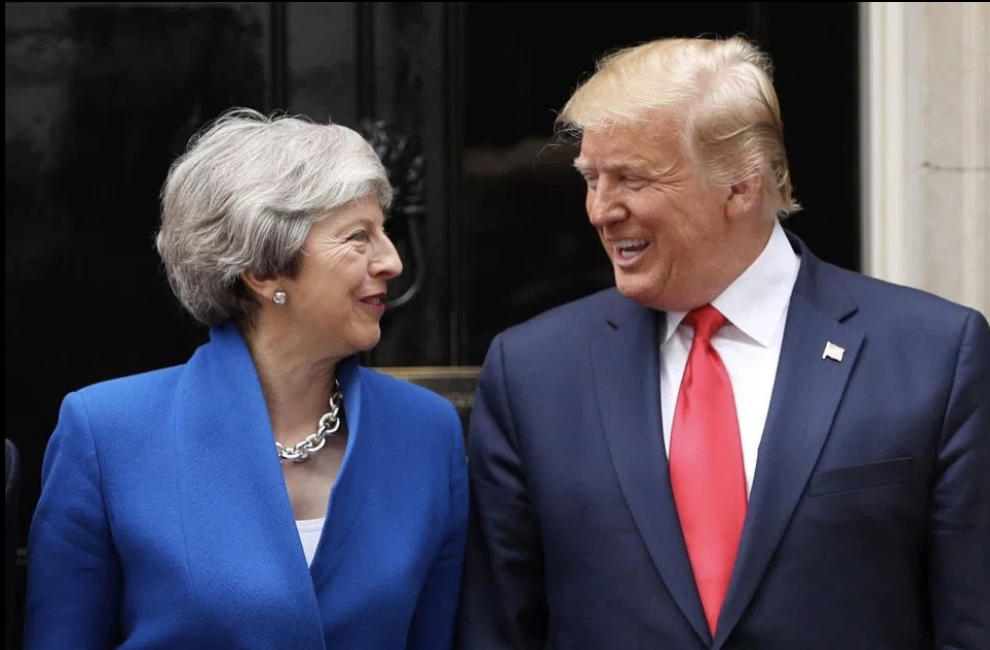 politicalvendettaJuly 17, 2019Comments Off on The Best of Frenemies0

This article has been published by Henrik Nilson.

When President Donald Trump visited The United Kingdom (U.K.) in early June, he entered a country in political turmoil. The country’s approaching exit from the European Union (E.U.), also known as “Brexit,” has been delayed several times and its relationship with the E.U. is more strained than ever. The British Prime minister, Theresa May, has resigned due to her inability to negotiate the terms of Britain’s departure and the person next in line will inherit a political soap opera. Donald Trump has been a strong supporter of Brexit, even during his presidential campaign in 2016. Why?

The involvement of the U.S. in the Brexit debate is part of a bigger story of Donald Trump’s view of the European Union as a whole.

The European Union is made up of 28 European countries from Spain to Croatia to Italy, the UK and more. The E.U. and the U.S. have clashed on several foreign policy issues previous to Donald Trump. Former President, Barrack Obama criticized the E.U.’s dependence on Russian gas for energy, and also criticized NATO allies in the union who did not commit to the two percent GDP spending goal of the military alliance. Something Donald Trump has also been a stern critic of, even calling for an increased spending goal of up to four percent of GDP.

However, no other President has gone as far as Donald Trump has. Last year at a summit in Scotland, President Trump called the E.U. a foe to the U.S. He has criticized trade practices and imposed tariffs (taxes) on E.U. exports, mainly on aluminum and steel. He called Germany’s car industry a threat to American security and has threatened to impose tariffs on European car manufactures.

His overall hostility towards multilateral institutions (groups that involve more than one party) gives a clue to his reservations against the E.U. Trump, and his administration have many times emphasized their love of independent nations that are not bound by their commitments to global organizations. Trump surrounds himself with people who share this view. His National Security Adviser, John Bolton, once called the E.U. a threat to America’s sovereignty. Trump’s withdrawal from the Paris Climate agreement is another example.

The vendetta underlying the feud between the E.U. and the U.S. is ultimately a clash of ideologies; nationalism vs. liberalism.

Trump’s opposition to the E.U.;

Proponents of the E.U.;

It would be unfair to describe the member states of the E.U. as united against Donald Trump’s worldview. In the recent E.U. parliamentary elections, nationalistic and populistic parties gained several seats in the parliament. Anti-EU sentiments have grown stronger even within the union. The critique against E.U.:s tendency to overrule nations self-determination has only been spurred on by the recent influx of asylum seeking refugees from the wars in the Middle East and Africa. However, Trump should not channel his critique against the union through anti-EU movements and Twitter diplomacy.

Brexit was a direct consequence of a nationalistic movement calling for The U.K:s departure from the E.U. If Trump can prove that the U.S. will back countries that want to leave the E.U., it can cause even more turmoil in the union, leading to anti-EU parties growing even stronger. Trump would rather see a Europe of individual nations, that are not restricted by the laws and values of the E.U., rather than one big block that can compete with the U.S. on the global world market.

It has become increasingly clear that the EU-project is currently experiencing one of its biggest challenges yet. Although Trump has been eager to spur on anti-EU parties, it would not be in his best interest to see a dissolved European Union, regardless of his nationalistic agenda.

The countries in the union have been in war more times than there has been peace. The creation of the E.U. changed that. States once ruled by the Soviet Union are more democratic. Free trade and freedom to work across borders have enabled countries to become more developed and prosperous than before.

Other countries with more sinister agendas, such as Russia and China, would benefit significantly from the collapse of the E.U. If Trump truly believes in his “America First” agenda, then he should not try to isolate the U.S., but rather work with the institutions that enabled America’s greatness in the first place.

This article has been published by Henrik Nilson.