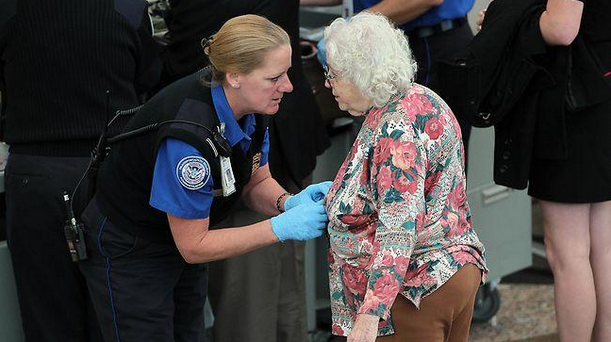 Within this past month, a security test revealed that several inspectors from the Department of Homeland Security successfully smuggled sixty-seven out of seventy weapons through airport security – a ninety-five percent failure rate from the Transportation Security Administration, or TSA for short. Despite the fact that TSA administrator John Pistole argued that screening machines and searching techniques ensure flight safety, these numbers are not only disturbing, but also raises concerns as to whether the annual 7.9 billion dollars[ref]George Leef, “TSA Boondoggles: High Costs, Low Effectiveness, But It’s Only Your Money,” Forbes, October 9, 2014, accessed June 23, 2015, http://www.forbes.com/sites/georgeleef/2014/10/09/tsa-boondoggles-high-costs-low-effectiveness-but-its-only-your-money[/ref] going into the TSA is actually effective in keeping the skies safe. Moreover, TSA “pat down” methods raises civil liberties concerns, despite Pistole’s claims that images from security checks are done privately, and cannot be saved or stored, thus protecting the individual’s privacy. [ref]John Pistole, “Pistole: Why We Need TSA’s Security Measures,” USA Today, November 23, 2010, accessed June 21, 2015, http://usatoday30.usatoday.com/news/opinion/forum/2010-11-24-column24_ST2_N.htm[/ref] In light of these new developments, the vendetta is determining how exactly the U.S. can protect citizens – up in the skies – from potential terrorist attacks, while upholding civil liberties in a cost effective manner.

The events of September 11, 2001 exposed the vulnerability of airport security, causing rampant fear among the American people. In response to the tragic event, the Aviation and Transportation Security Act, which was passed by Congress on November 19, 2001, established the TSA. [ref]”History,” Transportation Security Administration, accessed June 22, 2015, http://www.tsa.gov/about-tsa/history[/ref] Indeed, it was argued that a single government agency could protect air travel better than private companies. But with this recent security test, which may not be indicative of all airports, many lawmakers should be re-thinking their initial opinions. For thirteen years, fake weapons have successfully made it past airport screeners. [ref]Tom Costello and M. Johnson, “TSA Chief Out After Agents Fail 95 Percent of Airport Breach Tests,” NBC News, June 1, 2015, accessed June 21, 2015, http://www.nbcnews.com/news/us-news/investigation-breaches-us-airports-allowed-weapons-through-n367851[/ref] Although Pistole has since been replaced, the problems still exceed the competence of the TSA head.

Besides ineffectiveness, the TSA’s inclusion of the body scanner is considered a violation to civil liberties. The body scanners work similarly to an X-ray, by being able to penetrate through clothes in order to detect the presence of weapons. A former TSA agent, Jason Harrington, revealed that other agents were often caught ridiculing the naked body scans in a private room,  particularly at the larger passengers, whose fat flaps could be seen through the scanner. Despite Pistole’s reassurance, body images are in fact not protected, but subject to humiliation. Continuing to state his contempt, Harrington “hated it from the beginning. It was a job that had [him]…patting down the crotches of children, the elderly, and even infants.” [ref] Jason Harrington, “Dear America, I Saw You Naked And Yes, We Were Laughing. Confessions of an Ex-TSA Agent,” Politico, January 30, 2014, http://www.politico.com/magazine/story/2014/01/tsa-screener-confession-102912.html#ixzz3dwtKRj94.”[/ref] In a separate incident, the TSA in Denver reported firing two women for sexually assaulting attractive passengers. These agents were reported to have set the scanners to “female,” which would set off the alarm for male passengers when the scanners did not detect female genitals. In turn, these female TSA agents patted down the male passengers inappropriately, which included handling the passengers’ crotch and buttocks with an open hand. This incident is not unique to Denver. Douglas Kidd, the President of the National Association of Airline Passengers, reported that groping happens “all the time, at all airports.” Kidd continued to state that although it doesn’t happen to every passenger, “it happens at Phoenix, it happens at Washington – you have employees everywhere who are not properly supervised and a lack of discipline by TSA management when things are done inappropriately.” [ref]”TSA Screeners Fired In Groping Scandal Both In 20s, No Criminal Records,” CBS Denver, April 20, 2015, accessed June 21, 2015, http://denver.cbslocal.com/2015/04/20/tsa-screeners-fired-in-groping-scandal-both-in-20s-no-criminal-records[/ref]

In order to avoid incidents of harassment, many people have advocated for a security system similar to the airports in Israel. Individuals flying into the country undergo a scrutinizing process of evaluation, profiling anyone deemed suspicious.[ref] John Shindler, “Let’s Consider Alternatives to the Dysfunctional TSA,” Los Angeles Times, June 5, 2015, accessed June 21, 2015, http://www.latimes.com/opinion/op-ed/la-oe-schindler-tsa-20150605-story.html[/ref] While this could solve incidents of harassment, it would not work for U.S. airports. Since the airports in America are much larger than the ones in Israel, adopting a method to evaluate each person, and profiling possible threats, is not only inefficient but runs into other territories of civil liberties. Moreover, many airports in the U.S. have already reported practicing profiling; but many practices are based on race. According to Harrington’s article, TSA agents in training were told to pull aside anyone who had passports from Syria, Algeria, Cuba, Yemen, North Korea, and many others, for enhanced security screenings, which included full body pat downs and luggage screenings. This practice, however, stopped after 2010 when the manual was leaked. Even though a policy passed in 2014 that banned racial profiling among law enforcement officials, TSA were exempt and allowed to practice racial profiling.[ref]”Logan Airport Racial Profiling Allegations: TSA Officers Complain Colleagues Are Targeting Minorities,” Huffington Post, August 12, 2012, accessed June 21, 2015, http://www.huffingtonpost.com/2012/08/12/logan-airport-racial-profiling_n_1769648.html.[/ref]

A more effective solution to the TSA might be privatizing airport security. Research revealed that private screeners at San Francisco (SFO) are sixty-five percent more efficient than the TSA screeners in Los Angeles (LAX) airports. Privatized security is also more cost effective than federal security, according to the Government Accountability Office (GAO). For example, the GAO found that SFO had lower attrition rates among their employees than LAX, which led to lowered costs for recruitment and training. The SFO was even able to meet federal standards for private screeners, even with their lower training costs.[ref]Chris Edwards, “Privatizing the Transportation Security Administration,” Policy Analysis, no. 742 (2013).[/ref] Opponents argue that privatized security would mean less regulation, and more motivation for profit than for safety. But these arguments mostly stem from a mistrust of the private industry, rather than from any solid evidence. [ref]John Gage and John Mica, “Pro & Con: Should Airport Screening Be Conducted by Private Secur,” February 21, 2011, accessed June 22, 2015, http://www.ajc.com/news/news/opinion/pro-con-should-airport-screening-be-conducted-by-p/nQqsP[/ref] Yet even with regulation, the TSA still managed to receive an appalling ninety-five percent failure rate in their security tests. These risks can be minimized by handing over airport security to the free market, and allowing airlines to compete with each other. This provides incentive for private security to meet market demands, and improve over time. Risks exist no matter what entity is in charge of airport security, but private security has proven that it can out-perform the government without hurting the tax-payer. It’s time that the government dissolves the TSA, and let the airports handle security.

Choose Liberty is a website dedicated to preserving civil liberty. This petition would lend support that Americans want to end the TSA.

With several signatures still needed, sign this petition to let your government know that you want to abolish the TSA.