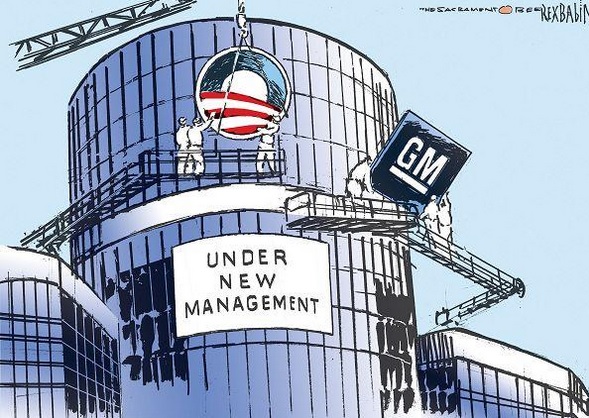 Democrat Presidential hopeful and Vermont Senator, Bernie Sanders, scorned the capitalist system by using an unconventional argument to make his case – “you don’t necessarily need a choice of 23 underarm spray deodorants or of 18 different pairs of sneakers when children are hungry in this country.” The statement, though made months ago, sparked major headlines due to its ambiguous and bizarre nature. [ref]Jeff Jacoby, “Bernie Sanders’ ‘deodorant’ Comment Ignores Realities of Economic Growth,” Boston Globe, May 31, 2015, accessed June 28, 2015, https://www.bostonglobe.com/opinion/2015/05/30/bernie-sanders-deodorant-comment-ignores-realities-economic-growth/2OfPVj77EsJlZiPSeH1kQN/story.html[/ref] The senator does not go into detail as to why deodorants or sneakers are responsible for child hunger in the country, but due to his open affiliation with the socialist philosophy – the philosophy of common ownership [ref]”What Is Socialism?” accessed July 1, 2015, http://www.worldsocialism.org/english/what-socialism[/ref] – his statement can be assumed to be a criticism against capitalism. However, it is actually corporatism – the idea that the society and the economy of a country should be organized by major interest groups – that is to blame.[ref]“The Economic System of Corporatism,” accessed June 28, 2015, http://www.sjsu.edu/faculty/watkins/corporatism.htm[/ref] Even James Madison, one of the co-authors of the Constitution and fourth President of the United States, once stated that the “power of corporations ought to [be] limited,” claiming that their growing wealth becomes a source of abuse.[ref]Elisabeth Parker, “10 Founding Fathers Quotes That Will Make Conservatives’ Heads Explode,” Americans Against the Tea Party, July 4, 2014, accessed June 28, 2015, http://aattp.org/9-founding-fathers-quotes-that-will-make-conservatives-heads-explode[/ref] In light of this situation, the Vendetta is how to exactly reduce a corporation’s influence over policy, while maintaining America’s free market capitalist ideology.

Corporations often use lobbying as a mechanism for influencing policy. On March 26, 2013, President Barack Obama signed the “Consolidated and Further Continuing Appropriations Act, 2013,” which included the “Farmer Assurance Provision” section, or the “Monsanto Protection Act” as is known by critics. Spending on average about six million dollars annually on lobbying, Monstanto successfully fought for the act, which disallowed federal courts from halting the sale or planting of genetically modified seeds, even if health issues are discovered about the seeds. [ref]Connor Sheets, “‘Monsanto Protection Act’: 5 Terrifying Things To Know About The HR 933 Provision,” International Business Times, March 1, 2013, accessed June 28, 2015, http://www.ibtimes.com/monsanto-protection-act-5-terrifying-things-know-about-hr-933-provision-1156079[/ref] Monsanto, and their partners in Washington, have also fought to prevent states from requiring GMO labeling, and are still fighting the fight today. [ref] Will Fantle, “Monsanto’s GMO Policy Infecting All Levels of Government,” Nation of Change, July 7, 2013, accessed June 28, 2015, http://www.nationofchange.org/monsanto-s-gmo-policy-infecting-all-levels-government-1373204831[/ref] Several other companies exceed Monsanto in their lobbying investments. For instance, in 2009, General Electric, AT&T, Boeing, Comcast, Verizon, and FedExCorp, have all individually spent more than fifty million dollars on lobbying. [ref]Jesse Solomon, “Top 10 Companies Lobbying Washington,” CNN Money, October 1, 2014, accessed June 28, 2015, http://money.cnn.com/2014/10/01/investing/companies-lobbying-10-biggest-spenders[/ref]

In fact whenever government intervenes, whether company funded or not, it is usually the small business owner that ends up hurting. Many people want to blame companies like Wal-Mart for hurting the “Mom and Pop” stores, but in reality much of it is due to interventions in government policy. The enactment of the “Affordable Care Act,” or Obamacare, provided wavers to big corporations, like Wal-Mart and McDonalds, who were able to pay off lobbyists to help tweak certain sections in the law. [ref]Antony Davies and Ryan McCarl, “How Big Business Benefits from Regulation,” The Washington Times, March 12, 2013, accessed June 28, 2015, http://www.washingtontimes.com/news/2013/mar/12/davies-and-mccarl-how-big-business-benefits-regula[/ref] While Obamacare was hurting small businesses who could not afford to provide their employees with health care, big corporations like Wal-Mart managed to exempt themselves from the law, despite being much more capable to cover the expensive cost. Indeed, small businesses were forced to fire their employees due to their inability to keep up with the cost. This, in turn, decreased the productivity level, and ultimately eliminated the competition for bigger businesses, like Wal-mart, who managed to avoid the cost of Obamacare. [ref] Thomas E. Woods, “Back on the Road to Serfdom,” in Back on the Road to Serfdom: The Resurgence of Statism, Wilmington, Del.: ISI Books, 2010. [/ref]

Some people, like former New York City mayor Michael Bloomberg, [ref] Haley Draznin, “NYC Loses Appeal to Ban Large Sugary Drinks,” CNN, June 26, 2014, accessed July 1, 2015, http://www.cnn.com/2014/06/26/justice/ny-sugary-drink-rulling[/ref] have argued for the necessity of regulations in the free market. Contrary to this belief, the only ones who stand to benefit from regulation are the large companies, who can influence lawmakers to tweak these types of policies. Each new regulation that is added provides burden for the small businesses who have to regularly check up on the laws to make sure their business won’t get in trouble. During 2010 a “Small Business Administration” study showed that smaller businesses pay thirty-six times more than larger companies to comply with federal regulation, with the average additional cost being $10, 585 per employee. In 2013, from January to September, different federal agencies issues about 2,878 rules, which is about ten new requirements each day.[ref] Eric Reller, “NFIB Testifies on How Regulations Hurt Small Business,” National Federation of Independent Business, September 30, 2013, accessed June 30, 2015.[/ref]  Regulations provide huge time constraints and financial burdens for the businesses, which oftentimes forcing them to fire their employees. A CBO report published in 2012 revealed that small businesses are better than government at providing jobs. [ref]Matt Cover, “CBO: Regulations, Taxes Can Hurt Small Businesses,” CNS News, March 15, 2012, accessed June 30, 2015, http://cnsnews.com/news/article/cbo-regulations-taxes-can-hurt-small-businesses[/ref] Since 1970 fifty-five percent of all jobs and sixty-six percent of net jobs are all from small business.[ref]”Small Business Trends Small Business, Big Impact,” U.S. Small Business Administration, accessed July 1, 2015, https://www.sba.gov/content/small-business-trends-impact.[/ref] So when government continues to tack on regulations, ultimately burdening the small business owner, it endangers the employment rate in America.

Conservatives, like Presidential hopeful and Texas Governor, Rick Perry, requested that the solution to federal corruption is to allow members of Congress to earn money on the side. [ref]David Frum, “What Is the Conservative Solution to Corporatism?” National Post, December 30, 2011, accessed June 28, 2015, http://news.nationalpost.com/full-comment/david-frum-what-is-the-conservative-solution-to-corporatism[/ref] However, this suggestion assumes that lawmakers would suddenly become honorable when presented with that alternative. Other suggested solutions have been to create lobbying laws. While lobbying laws can help to limit corporation influence on public policy, it is not enough to stop corporatism. Lobbyists and government officials have found ways around limits on lobbyist contributions, with some officials hosting extravagant birthday parties, trips to Disney World, and other events, that allow lobbyists to provide monetary contributions. In fact, some lobbyists suggest that there was an increase in contributions since the laws were enacted.[ref] David Kirkpatrick, “Congress Finds Ways to Avoid Lobbyist Limits,” New York Times, February 11, 2007, accessed June 29, 2015, http://www.nytimes.com/2007/02/11/us/politics/11trips.html?pagewanted=all&_r=0[/ref]

Perhaps the best solution is to slowly deregulate the market, and take the government out of the free market altogether. In one instance California adopted policies that mandated a certain amount of electricity to be derived by wind and solar sources. But these policies not only resulted in job loss, but also increased the price of electricity.[ref]David Kirkpatrick, “Congress Finds Ways to Avoid Lobbyist Limits,” New York Times, February 11, 2007, accessed June 29, 2015, http://www.nytimes.com/2007/02/11/us/politics/11trips.html?pagewanted=all&_r=0[/ref] This reveals that job growth and potential can only happen in a deregulated system. Yet there is a danger in reducing regulations that keep big corporations in check. But even with regulation laws, lobbyists continue to influence policy makers. For instance, despite environmental laws, lobbyists from oil and gas companies are already working with legislators to introduce bills that work in their favor. Near the end of 2014, safe environmental policies from the Obama Administration were met with opposition from GOP officials, like Mitch McConnell who have been funded by oil and gas companies, and other science denying GOP members. [ref]Tom Hamburger, “Fossil-fuel Lobbyists, Bolstered by GOP Wins, Work to Curb Environmental Rules,” Washington Post, December 7, 2014, accessed June 28, 2015, http://www.washingtonpost.com/politics/fossil-fuel-lobbyists-bolstered-by-gop-wins-work-to-curb-environmental-rules/2014/12/07/3ef05bc0-79b9-11e4-9a27-6fdbc612bff8_story.html[/ref]

This petition is for banning lobbying corporations receiving federal contracts, and is set to be delivered straight to Obama.

The following petition is for deregulating electricity in California. If successful, California could return to a time when electricity was a cheaper and more productive market.