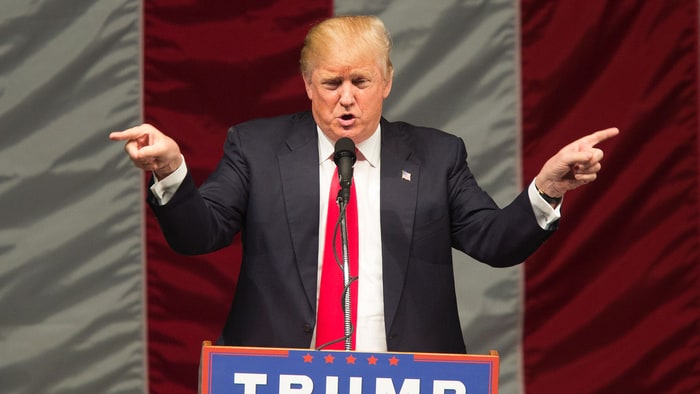 The Art of the Flip-Flop

Markose ButlerMay 10, 2017Comments Off on The Art of the Flip-Flop0 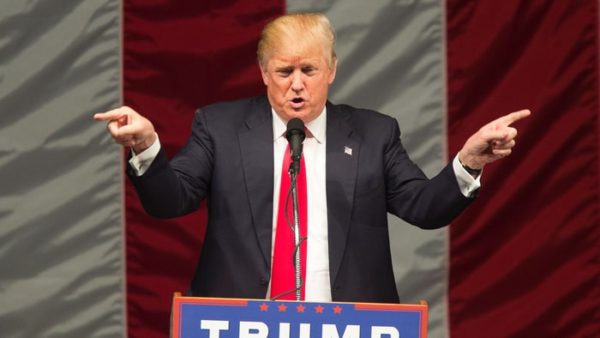 110 days into the Trump administration, Candidate Trump must be disappointed in President Trump. As a candidate, Trump famously called NATO “obsolete” [1], promised to declare China a currency manipulator [2] (meaning that the Chinese are artificially reducing the value of the Yuan to bolster Chinese exports), vowed to stay out of Syria [3], and referred to North Korean dictator Kim Jong-Un as someone “you have to admire” for his ability to assume control after his father’s death. Since then, President Trump reversed his position on all of the above, NATO is “no longer obsolete” [4], China can’t be declared a currency manipulator because the administration needs them to handle North Korea [5], Trump bombed a Syrian airfield [6], and has ordered an “armada” to the Sea of Japan [7]. That’s four radical departures from his campaign’s foreign policy promises, and it seems that the only promise the President kept is being “unpredictable” [8] in office. While he and his supporters may view this as positive or spin it as being open-minded or willing to change, a policy of “unpredictability” for a superpower like the United States can have very dangerous ramifications.

In many situations, being unpredictable is an advantage, for instance a football team with an unpredictable strategy can surprise and beat a predictable team with better talent, but the United States of America is not a football team and the world stage is not a game. The stability of the wider world since the end of World War II has relied on the United States predictably sticking to its allies and commitments. During the Cuban Missile Crisis, President Kennedy sent then Secretary of State Dean Acheson to France to show President De Gaulle intelligence on Russian missiles in Cuba. The French president is reported to have said, “The word of the President of the United States is good enough for me.” [9] However, bold, unorthodox pronouncements by the most powerful person on Earth can tank markets or provoke conflict. For example, following President George W. Bush’s 2002 State of the Union speech, in which he labeled North Korea as one of three countries in the “Axis of Evil” (along with Iran and Iraq), North Korea took the speech as an excuse to begin its withdrawal from the Nuclear Non-Proliferation Treaty and begin its nuclear program. [10] More recently, President Obama’s words drawing a “red line” on Syrian chemical weapons repeatedly haunted him after congress failed to vote to authorize an airstrike in Syria. [11] Though those statements made diplomacy harder for both presidents, no president has made as many diplomatic foibles as Trump without taking overt action, from his vague, off-hand remarks on Sweden at a Florida rally, in which he alluded to something bad happening in Sweden with no specifics or evidence, [12] to his attempt to implicate the British, spy agency GCHQ as the origin of his “wire tapp” [sic] claims. These unnecessary and seemingly pointless needlings had domestic and foreign leaders demanding apologies. More worryingly, his incorrect statements about the location of the Carl Vincent carrier group has angered many in Japan and South Korea who expect accuracy and competence from their top military ally [13], and his administration’s statement that they’d be willing to allow Assad to remain in power may have given him the courage to use chemical weapons again [14].

What’s at issue here is that what the President would like to claim as unpredictability and holding his cards close to his chest is being increasingly seen as erratic and incompetent behavior in foreign capitals. The political vendetta facing lawmakers in the White House, in Congress, and perhaps facing Trump himself is between wanting to satisfy Trump’s stated want of having an “America First” policy, in which our global obligations and deals are redrawn to directly benefit the US, while the wider stability of the world and US alliances rely on the West sticking together. The inherent contradiction between these two goals is creating the international chaos that alienates allies and emboldens enemies.

Now, it’s possible that with the rise of the more mainstream, “globalist” wing of Trump’s cabinet, such as Defense Secretary Mattis and advisors Jared Kushner and Gary Cohn, over the more nationalist wing, represented by Steve Bannon, that the president has returned to a more mainstream republican foreign policy. However, because of the seemingly pathological lying of the administration, its willingness to mislead on trivial issues, and pivot on a dime, it is impossible to tell if the change is permanent or just another in a series of shake ups before another shift back towards his campaign’s volatility.

Underpinning the vendetta are the facts that on one hand, North Korea obtaining a nuclear weapon capable of reaching the US mainland would pose an existential risk to Americans living on the West Coast. On the other hand, engaging militarily with North Korea will result in the immediate death of hundreds of thousands of South Koreans, 26 million of whom live in the Greater Seoul region from artillery mounted in North Korea near the Demilitarized Zone. Previously, the Obama Administration outlined a policy of “strategic patience” which meant isolating North Korea as much as possible and allowing the regime to collapse of its own weight and incompetence. However, the current administration has stated that they wish to abandon that policy in favor of taking a hard line against North Korea, claiming that any future tests would be grounds for possible military intervention. The Trump administration’s handling of this new policy has made reining in North Korea more difficult as his tough talk against China has proven to be empty bluster. Compounding this, the President seeming to lose track of the carrier group sent to support our allies in Japan and South Korea and as a warning to North Korea has made our allies understandably upset at the communication error, while leaving others outright questioning the competence and credibility of the administration.

So, where does this leave us? Do we allow the President to march headlong towards a second Korean War as he escalates tensions on the Korean Peninsula and alienates the allies we’re ostensibly protecting from North Korea? As it stands, the President has invited the full senate to hear classified evidence on the state of the North Korean weapons program. If we as a nation are to avoid an artillery strike on Seoul or sending men to fight in Korea, we must continue to use the methods that have been employed to stymie the more radical plans of the administration. The risk from going to war in North Korea are much greater than the risks from Afghanistan, Iraq, or Syria. The military of North Korea has up to 6 million combat ready citizens and has advanced enough technology to make an invasion of the North a bloody mess and, if provoked, may lash out and shell South Korea where a population twice the size of Texas lives within range of North Korean missiles. Avoiding the next war means pressuring congress to vote against any military authorization. It means continuing to agitate and make sure the administration knows we’re watching. Because this time, the diplomatic processes the US has normally used to avoid war are in the hands of a President that lacks the international credibility to use them.