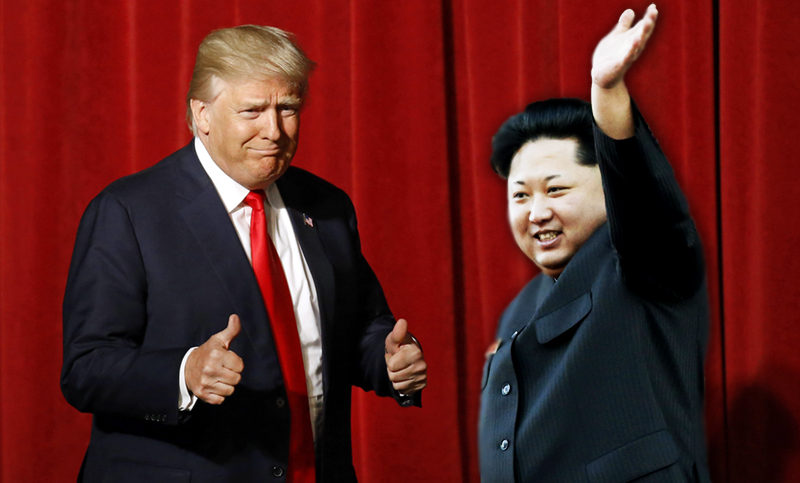 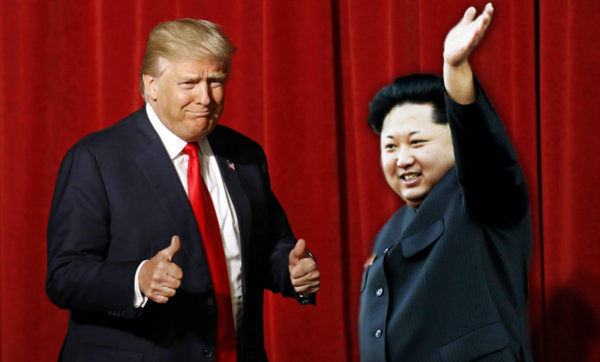 President Trump’s embrace of authoritarian rulers from other nations is a consistent element of his foreign policy. Trump lavished praise on Russian President Vladimir Putin, while defending Putin from allegations of brutality towards dissidents in his country and from interference in the U.S. presidential elections last fall. Trump hosted Egyptian leader Abdel Fattah el-Sisi at the White House and praised his efforts in the fight against ISIS. He praised North Korean dictator Kim Jong-un’s leadership capabilities and extended an invitation to the White House. Meanwhile, Trump has criticized and threatened U.S. allies and partners on numerous occasions, calling NATO “obsolete,” calling for payments from Germany and South Korea for defense, and suggesting that several beneficiaries of American military protection would be better off developing nuclear weapons for their defense. [1, 2, 3] While it is possible that Trump’s unorthodox approach to foreign policy shifts the status quo and benefits the American people, his administration has failed to explain the rationale behind his policies and statements. Leaders around the world need a coherent foreign policy strategy from the administration and an explanation for his embrace of strongmen and alienation of allies.

The problem with Trump’s foreign policy doctrine stems from an age-old issue in American foreign policy: human rights promotion vs. national security. For as long as America has been a major player in global events, we have maintained positive relations with regimes that have not shared our values on human rights. Our leaders have justified these relationships in many ways:

In other words, this phenomenon is not unique to the Trump administration. For decades, American presidents have provided arms, financial aid, and other types of assistance to governments which were undemocratic, repressive, militaristic or a combination of these (with mixed results) [4]. What is unique about Trump’s foreign policy, though, is the undermining of our allies while publicly supporting those regimes.. Furthermore, the administration has been unable to justify its negotiations with Russia, Egypt and North Korea along these lines.

For the most part, the Trump administration is free to pursue its agenda along his preferred path. The United States does maintain several treaty arrangements and defense pacts with our allies which would be difficult (if not impossible) for the administration to ignore or violate. However, there is little beyond precedent, decorum, and public opinion that prevents a president from courting regimes that previous administrations found odious. The potential benefits of Trump’s overtures to Russia, Egypt and North Korea are obvious. Russia is a key potential partner against terrorism, nuclear proliferation and non-defense issues such as climate change. Egypt is an important player in Mid-East politics and controls the strategically important Suez canal. North Korea’s nuclear program represents a threat to several nations in the region. Unfortunately, the Trump administration has not explained how these benefits will be realized. Trump has vacillated between praising Putin’s leadership and Russia’s efforts to combat ISIS in Syria, downplaying the allegations of Russian interference in our elections, then reversing and accepting the conclusions of U.S. intelligence agencies regarding election interference, launching strikes against Russia’s ally in Syria, and calling for a massive increase in America’s nuclear capabilities. He praised Egypt’s role in combating ISIS and resumed the U.S. foreign aid program to Egypt (following President Obama’s suspension of the program after Sisi took power) while ignoring Sisi’s suppression of democracy and incarceration of thousands of dissidents [5]. Finally, Trump’s praise of Kim Jong-un and invitation to the White is at odds with his warning that nuclear war may break out should North Korea resume its nuclear missile tests. In each of these cases, the Trump administration has adopted contradictory positions or failed to use America’s leverage to extract benefits to our national security. If Trump sincerely wishes to maintain positive relations with Russia, Egypt and North Korea, he must enact policies that lead to regional stability while also ensuring that America does not sacrifice our values or undermine our allies.

Ultimately, the Trump administration must be held accountable by the American people for its reckless and unorthodox departure from decades of historical precedent regarding our allies and authoritarian regimes abroad. While it would benefit America to have better relations with Russia, we must only do so by using our immense leverage over Russia to exact concessions and demand that Putin respect sovereignty and democracy outside his borders. Regarding North Korea, Trump must maintain a consistent approach in how he negotiates with Kim Jong-un, outlining conditions that must be met prior to bilateral or multilateral negotiations and providing a forum for such negotiations (a method that has seen success in the past) [3]. For oppressive regimes like Sisi’s in Egypt, Trump must not sacrifice American values in exchange for empty promises of cooperation. Abandoning democracy abroad undermines confidence in democracy at home. Unfortunately, this appears to be the likely result of Trump’s foreign policy strategy thus far. Now, there is no real remedy for Trump’s personal impact on foreign relations as the presidency holds almost all of the foreign policy decision-making power. Therefore, if you agree with me, we must continue to demand answers from our representatives in Washington and to support the journalists and representatives seeking those answers.