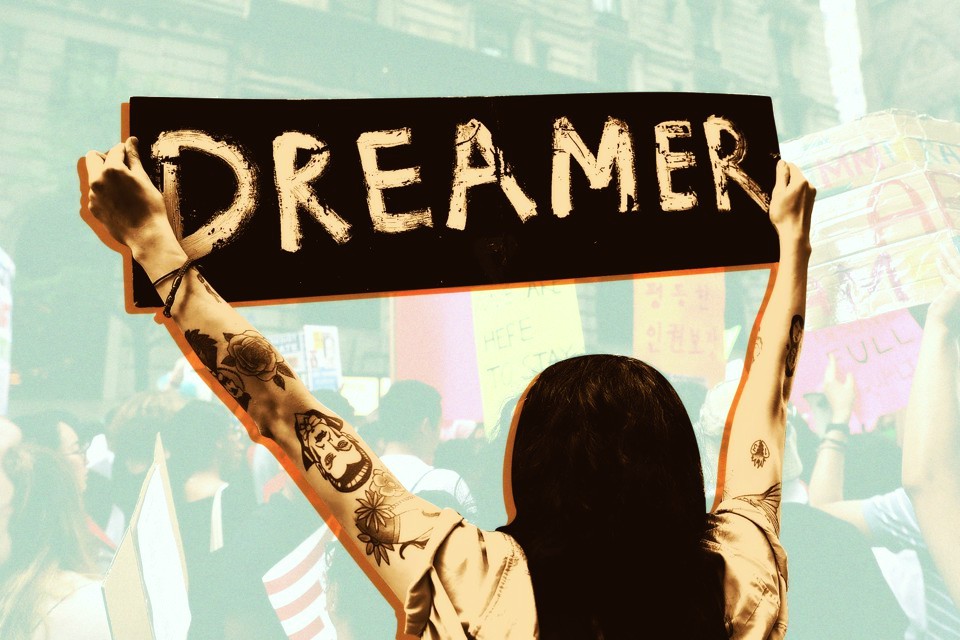 Cassandra MoralesSeptember 27, 2017Comments Off on Keep the DREAM Alive0 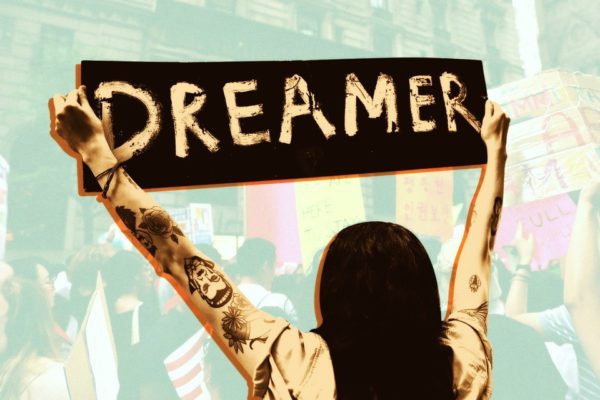 In a nation built on the backs of immigrants, slaves, and the working class, over 800,000 young undocumented immigrants currently enrolled in DACA (Deferred Action for Childhood Arrivals) are under attack. (1) After President Trump’s decision to terminate DACA, there has been a nationwide scramble to find a legislative solution to keep the program intact or otherwise let it dissolve all together. DACA is a 2012 program from the Obama administration that allows young people brought to this country illegally to stay temporarily and promises education and economic mobility. It was enacted via executive order as a temporary solution after the fail of the DREAM act — a bill proposed to protect and provide citizenship for undocumented immigrants. (2) DACA was a controversial use of President Obama’s executive power, and has been deemed unconstitutional by some on the right.

On the campaign trail, President Trump pledged to mobilize deportations of all illegal immigrants — and is giving a 6-month delay for the end of the program, allowing Congress to act on the issue. This is especially alarming for DREAMers who have their legal status and the ability to maintain their families suddenly cut short. Some DACA recipients (dubbed the “DREAMers”) have reportedly already undergone targeted arrests by agents of Immigration and Customs Enforcement, and it is unclear whether they “would become ripe targets for deportation” — living every day as if it were their last in America. (3)

The vendetta here is between legality vs. humanitarian efforts; laws are created to maintain a rule of order whereas humanitarianism focuses on alleviating human suffering. Here, the abidance of strict immigration laws is contested with the sympathy for undocumented minors who will lose their quality of life if DACA ends. Trump’s core believes that by not incriminating undocumented immigrants, the rule of law is undermined and holds less value. However, this comes at the expense of destroying the lives of a vulnerable and marginalized population. Despite these two perspectives, many politicians from both sides of the aisle have voiced their frustration with the President’s decision, and support legislation keeping the program in place permanently because they see the value in keeping DREAMers in the country. As Kevin Price from the Huffington Post states: “there is widespread support for major elements of DACA and massive disdain for its elimination entirely” by the majority of the actors interested in the legislation. (4)

DACA’s proponents argue that by forcing deportations of young people, there will be negative consequences for both DACA recipients and the U.S economy:

On the other hand, opponents of the permanent implementation of the program argue that DACA poses a threat to American lives and burdens them economically:

By seeking to find and conflate negative stereotypes of immigrants, opponents fail to acknowledge the context of the lives of undocumented minors and their situation. The clear benefit DREAMers pose to U.S society and the suffering they endure is ultimately invisibilized.

DACA is set to expire on March 5th, 2018 under the Trump administration. There are several bills being proposed “that would provide permanent residence benefits and a pathway to citizenship for Dreamers”, according to Allen Smith from the Society of Human Resource Management. (9) Among them, the American Hope Act of 2017, the Recognizing America’s Children Act, and two versions of the Dream Act 2017. What all these solutions have in common is that they all provide a pathway for undocumented citizens to receive legal status in this country. Pros for bills that would allow DACA recipients to stay in the country are:

Realistically, the most beneficial solution to American society as a whole would be providing a legal pathway for DACA recipients to obtain citizenship or permanent residency in the United States. Although some may believe that DREAMers take jobs from citizens and leech off society, they contribute to the United States economically and socially through their hard work and education. DREAMers constantly have to battle between the ups and downs of their temporary legal status, and the majority only wish to support themselves and their family.

To learn more about DACA, visit unitedwedream.org to learn more about how to apply for DACA and how to attain resources available for DREAMers. (11) To voice your concerns about the termination of DACA, please go to: (http://www.huffingtonpost.com/entry/daca-has-ended-you-are-outraged-heres-what-you-can_us_59ae4bd7e4b0c50640cd619e) for a helpful guide on how to call your representatives and utilize social media to push for permanent protection for undocumented immigrants. (12) For a short video documenting how DREAMers feel about DACA’s removal, watch: https://youtu.be/f7xVD_zNHg8. (13)