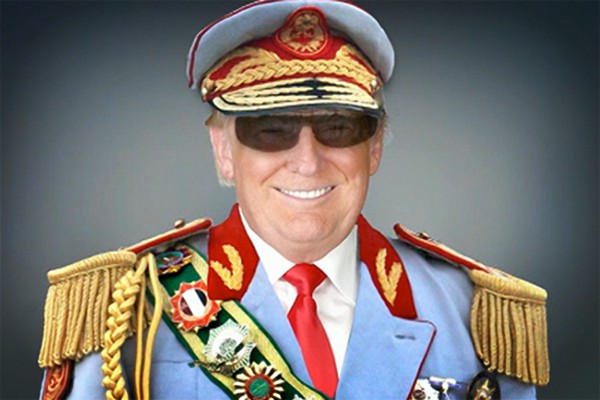 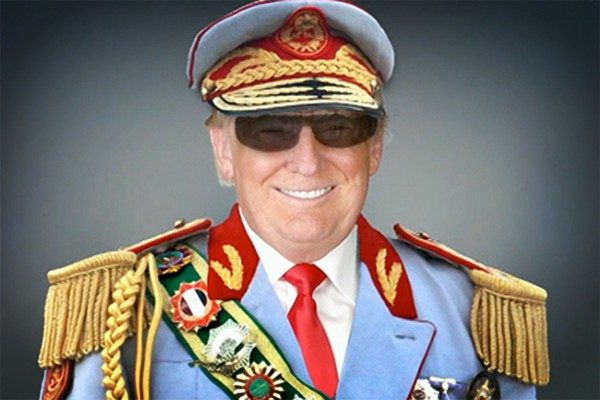 What exactly is a banana republic? Historically, it describes Latin American dictatorships in the late 19th and early 20th centuries whose internal politics were beholden to American business interests, most notably the United Fruit Company [1]. In modern times, the term describes a dictatorship (usually in the tropics) where the regime is allowed to personally profit from its position and control over resources. In this capacity, the dictator hands out key positions to close family and friends loyal to him [2][3], uses his power to reward supporters and cronies[4][5], and funnels government money into their own pockets [6].

Now it might seem like a bit much to use this term in reference to the United States, but bear with me. Not only has the President been having the Secret Service pay his hotels and clubs rent and fees to perform their job, the heads of his agencies have been requesting the use of private jets for personal use. Treasury Secretary Steve Mnuchin used a government jet to fly him and his new wife to Ft. Knox, ostensibly for Treasury Department purposes but also on the same day as the eclipse in a location where totality could be seen [7][8], and later requested use of a private jet for their honeymoon in Europe [9]. Former Health and Human Services secretary, Tom Price, resigned after intense criticism for spending over $1 million taxpayers dollars on private travel since May [10]. And lastly, on a recent trip to Europe for conferences with European health officials, VA secretary David Shulkin was found to have spent half his time vacationing, taking time off to catch the Women’s Wimbledon Final and a river cruise. This came less than two weeks after Shulkin signed a memo to VA employees to determine whether “employee travel in their organisation is essential”. [11]

Now, this isn’t liberal Markose coming down solely on Republicans as if there have never been corrupt Democrats. That’s hardly true; blue states like Rhode Island, New Jersey, and Illinois have long been known to have deep corruption in their state governments. Illinois, in fact, has had 4 of its last 7 governors go to prison [12]; the law against appointing relatives to cabinet positions – which almost prevented Jared Kushner from taking a White House job – was passed because Democratic President Kennedy appointed his brother Bobby to Attorney General [13]. Though the Trump administration has presented more ethical lapses than other administrations, corruption is a bipartisan problem, as is the fight against it. It’s part of the vendetta that faces every society’s politics: Oversight v. Governance. Everyone who comes into office feels that they need the space to run their government the way they best know how with the people they work best with. However, this needs to be balanced with oversight to make sure that the executive isn’t enriching themselves or their cronies at the public’s expense.

There are many avenues for tamping government corruption and preventing the country from being sucked dry by its own officials. Many small government conservatives argue that a “smaller” government makes it harder for corruption to take root because there is so little to corrupt. A government that doesn’t hand out contracts for new projects won’t provide incentives for businesses to lobby or bribe them for access. A smaller government with fewer bureaucrats and fewer agencies means less people available to do pay-for-play schemes. On the other hand, people who advocate for “larger” government argue that a large bureaucracy simply needs the funding to weed out corrupt officials and to support whistle-blowers who publicize corruption. Moreover, they argue that a small government can’t act to prevent unethical conduct by businesses in the private sphere and that can be just as bad for the general public as a kleptocracy. Taking these ideas into account, there are still solutions that can work:

Personally, I  favor mandating commercial travel at taxpayer’s expense with waivers available during declared states of emergency, where federal funding is freed up to deal with a disaster of some sort. I find this method would balance the need to be mindful of waste while allowing the flexibility to respond in cases of emergencies. Moreover, it prevents cabinet positions from only being open to the ultra-wealthy. Similar exceptions can be granted for travel abroad or for classified purposes, but the primary objective of preventing officials from abusing their positions for personal gain remains. The solution you feel is best is yours, however there are avenues for direct action for change:

What Can We Do?

Citizens for Responsibility and Ethics in Washington (CREW) has filed a lawsuit against the Trump administration to release the visitor records for Mar a Lago because of its use as the secondary White House. A judge in the case has ordered the administration to do so, but they have thus far failed to comply fully with the order. [14] Recently, a petition was created to ask the Senate to put pressure on the White House to release the records so the American People can know who has access to the “Winter White House”. [15]

While political corruption is as old as politics itself and is no stranger to either party, it is evident that the administration in which the Head of the Government Ethics Office resigned in disgust rather than finishing his term [16], needs more oversight than others. Partisan squabbles over how best to spend taxpayers’ money will always happen, but we as Americans need to take an active role in preventing all that money from enriching the person who is supposed to serve us.