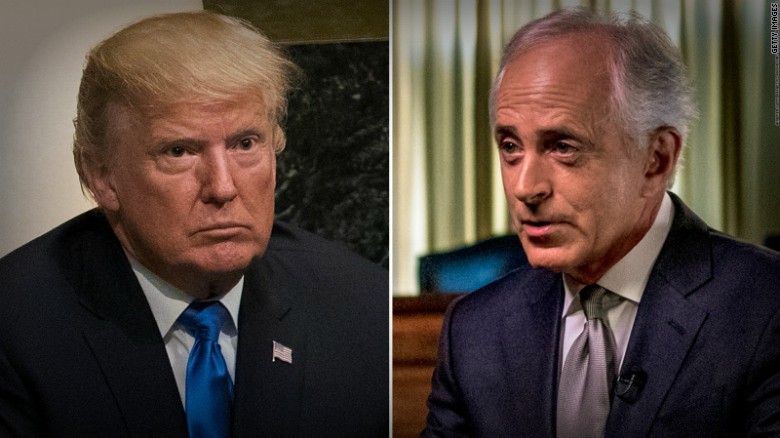 Put a Corker in It!

Markose ButlerOctober 18, 2017Comments Off on Put a Corker in It!0 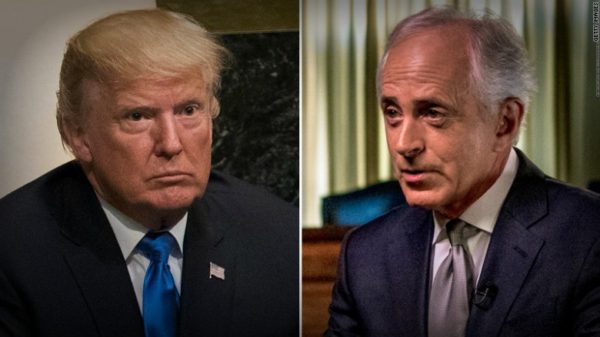 President Trump’s intelligence and temperament in office are under increased scrutiny following an attack by a fellow Republican. After remarking that the President is “setting us on the path to WWIII” [1], Senator Bob Corker (R-TN) has been at loggerheads with the White House over the President’s approach to foreign policy issues. And while comments like those and Secretary of State Rex Tillerson reportedly calling Donald Trump a “moron” [2] have caused the media to examine the melodrama in Washington,  the actual context of those comments require more attention.

Tillerson’s comments reportedly came at the end of a defense review meeting in which the President requested a massive nuclear stockpile buildup. [3] Corker’s comments concern Trump’s undermining of US interests, saying “I know he has hurt, in several instances, he’s hurt us as it relates to negotiations that were underway by tweeting things out,” [4] to the New York Times. And while questions of how governing and foreign policy can operate under such chaos are important, let’s put those aside for the moment and look at what the President’s actions are doing.

As heavy-handed, simplistic, and frightening as Trump’s approach to foreign policy is, he does seem to have a core understanding that the United States’ power should be respected and unchallenged by the rest of the world because of the strength of our arms. He calls for an increase in military spending [5], he alludes to the strength of our military in war while threatening North Korea with “Fire and Fury” [6], and has begun leaving institutions and agreements he deems not in the national interest like the Paris Accord [7], the Iran Deal [8], and UNESCO [9].

Now, while I could spend my time getting at the individual vendettas underlying each issue, I want to prod at a broader structural vendetta at play here: Change v. Stability. On the one hand are the institutionalists represented by the broader bipartisan foreign policy establishment who argue that maintaining the credibility and power of the United States, as well as global stability, rests on the United States’ foreign policy remaining steady and predictable. On the other hand, the President operates from the perspective that the agreements and institutions the United States maintains require commitments that don’t return immediate material gains.

Since emerging as a superpower in the wake of WWII, the United States has had a large hand in crafting the modern world’s institutions like NATO, the UN, the World Trade Organization, the World Bank, and International Monetary Fund. These institutions and the importance of the US economy and military to their success already make the US a powerful nation. Historically, American presidents have kept the agreements made by their predecessors upon taking office, even if they were of the opposing party. While it was Bill Clinton who signed NAFTA, it was George HW Bush that started negotiations; Barack Obama largely stuck to the George W Bush’s plans in Iraq and Afghanistan, pulling out of Iraq by the terms of Bush’s 2008 agreement. But that doesn’t mean nothing changes; while Trump’s withdrawal from UNESCO made headlines, George W Bush rejoined the UN cultural organization in 2002 after President Reagan pulled out in 1984 citing then UNESCO’s pro-Soviet bias, and Barack Obama halted dues payments to the organization in 2011 for its admission of Palestine as a full member [10]. While the specific case of withdrawing from UNESCO as a voting member may have more baggage than the other agreements do, it remains part of a pattern that worries the advocates of stability because:

The President, however, is either unaware of or does not care about those arguments; his actions demonstrate a desire to upend that status quo in pursuit of something better, while his aims are to use the specter of US power to bring about even more favorable agreements. Advocates of changing the status quo argue that:

None of this happens in a vacuum. Because of its size and influence, the direction the United States takes is especially seen and felt by other countries. No other country is more entwined in the global system than the United States, a fact that makes the problem Corker raised more critical. If Republicans on Capitol Hill and foreign ambassadors are so concerned by the administration’s actions as to invoke the specter of World War III, the change advanced by the President may result in much more pain than he realizes.

So what is there to do? If the stakes are another world war, then Congress and the State Department head off the avenues to war. While  Trump desperately wants to end the Iran Deal, it is Congress’ responsibility to maintain or suspend America’s commitment to the agreement. If Senator Corker really wants to prevent WWIII, as the Foreign Relations committee chairman he is in position to block any new action that would violate the agreement. [11] If congressional Republicans are afraid the President will launch a preemptive strike on North Korea (which would undoubtedly result in war on the Korean Peninsula), they have the ability to pass a law restricting the President’s ability to order a unilateral strike on the country. If they are truly concerned about the President’s handling of Foreign Policy and see him as a danger to global stability, they have the power to mitigate the danger. Otherwise, they can, well, put a cork in it.

What Can We Do?

Make your voice heard! Readers in Tennessee need to demand Bob Corker to block new sanctions. Democratic Senators are also capable of filibustering any new sanctions on the floor, so urge them to do so. Demand your Senators and Representatives support legislation preventing a first strike on North Korea. Representative Ted Liu and Senator Ed Markey have introduced legislation to prevent the president from launching a nuclear first strike. This is actual policy that you can urge your representatives to support. [12] While signing petitions can spread awareness, what we need is action, and the only way your Congressperson knows what you want is to contact them. Otherwise, “we may be on the path to World War III”.