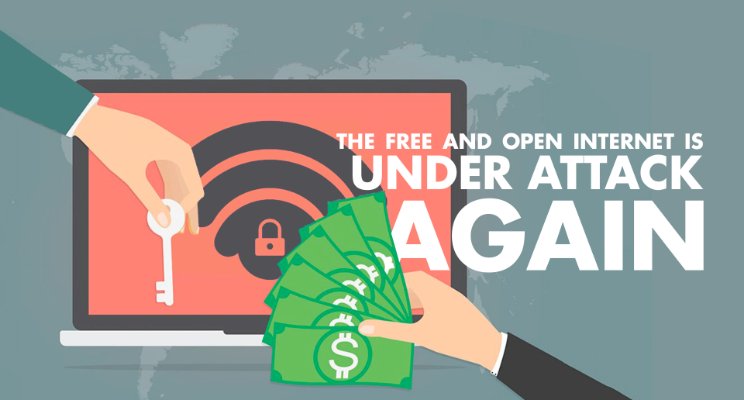 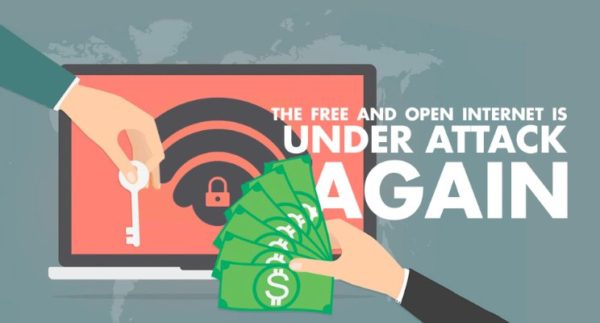 Last Wednesday a fellow Policy Corner writer covered the FCC 3-2 party line  decision to repeal net neutrality positions. [1] As you probably know by now, net neutrality is the principle that internet service providers (I.S.P.s) and telecommunications companies must treat all information on the internet in a neutral approach to providing services. If this repeal becomes finalized without congressional review, this would be a pivotal moment for the power of ISPs and telecommunications companies. To put this in perspective,four firms (Verizon, AT&T, Sprint, and T-Mobile) currently own a collective 94.8% of the telecommunications market. [2] And since it is now common corporate practice to increase market share through constant mergers and acquisitions, providing these companies with even more control over their content distribution should prove an interesting proposition.

Cassandra makes the assertion that the political vendetta behind net neutrality is one of ‘free and equal access vs. deregulation’; to me these two terms aren’t entirely mutually exclusive. To have a free internet is to have a deregulated internet; net neutrality was instituted to regulate the power to facilitate and control access to content. This approach is problematic because freedom and equality are two separate ideas that almost never go hand-in-hand. The clearer vendetta is one of free market advocates v. consumer advocates. Free market advocates believe that removing the restrictions of net neutrality will allow for a more diverse array of goods and services to offer consumers. They believe it will lead to innovation and increased competition between internet firms to provide more affordable services.

Consumer advocates believe that the largest I.S.P.s will increase prices on the most popular items, block access to certain content, endanger the credibility of digital journalism, and shut out any startup companies that threaten their dominance. Many of the biggest internet companies (Google, Verizon, Twitter, etc) have vowed that this ruling will have no bearing on their commitment to net neutrality. As promising as this may seem, Verizon has already been accused of purposely reducing speed and quality of the streaming services Youtube and Netflix. Rejecting the abuse of power is always easy until one wields it.

Under the Obama administration  the FCC instituted the safeguards of net neutrality under Title II [3]including the three primary rules at issue: throttling, blocking, and paid prioritization. Throttling is the intentional slowing of data to certain sites that reduces quality and/or access. Blocking is the complete blocking of access to certain sites. And paid prioritization is the increase of service speeds for certain sites and plans at higher than normal prices.

Free market advocates believe that repealing these three rules will:

Businesses – especially those in the internet, entertainment, and telecommunications industries – already make a habit of acquiring smaller firms or copying them outright to stave off competition. In 2006 Google purchased video sharing and streaming giant Youtube. Facebook outright owns Instagram, Whatsapp and Oculus [4], and in recent years has made a valid effort to copy features of independent companies like Snap Inc’s popular Snapchat [5]. These types of corporate behaviors affect how individual users interact with the internet and what kind of content they are exposed to, especially children. Ted Cruz erroneously claimed that the FCC had no authority over the internet until 2015 [6]. The term ‘net neutrality’ was first coined by Columbia Law professor Tim Wu in 2003 in reference to telephone networks. Madison River Communications was fined $15,000 by the FCC in 2004 for blocking access to the telephone network Vonage. And in 2010 the FCC issued the Open Internet Order [7] which laid the groundwork the rules currently threatened. Thus, by treating the internet as a telecommunications utility like telephones, the FCC has exercised authority over it well before the adoption of ‘net neutrality’ rules in 2015.With the power of the internet hanging in the balance there needs to be a decisive and swift decision.

The two obvious choices are to repeal or not to repeal (pardon the Shakespearean tone). But this choice only deepens the animosity between two diametrically opposed sides in Congress and the public. In the 21st century we can be more creative than that; besides, as the late great Master Obi-Wan Kenobi states: “Only a sith deals in absolutes.” [8] In last week’s article Cassandra endorses the common attitude that we should just let the rules remain wholesale, but this obviously wouldn’t be an easy sell to the current administration.

Believe it or not there is a compromise solution; I call it the Internet Service Minimum (I.S.M.). Under this plan the FCC would set an annual standard of internet service determined by speed and quality represented as megabytes per second or “megs”. This standard will be established based on the common internet needs that the majority of the population share. These online amenities would be things like email, search engines, news outlets, streaming, and entertainment. They would then be packaged into a market basket of goods (such as the one that the Bureau of Labor Statistics gathers to create the Consumer Price Index) and a price would be determined to render service. This I.S.M. would be the minimum service all I.S.P.s would have to provide. With this in place the paid prioritization rule could be removed allowing firms to diversify products and packages as they see fit. Free market advocates may see this as a half measure to internet freedom and consumer advocates may view this as a capitulation. But this strategy would assuage the anxiety of both consumers and companies by having a baseline floor of goods ensuring that everyone regardless of income level can have access to the same services for the same price and also allow companies to offer more expensive packages to those that are more financially able.

Repealing all of the net neutrality rules is not a solution; we should preserve the laws in place currently until something like the I.S.M. can successfully be implemented. Participate in the debate: