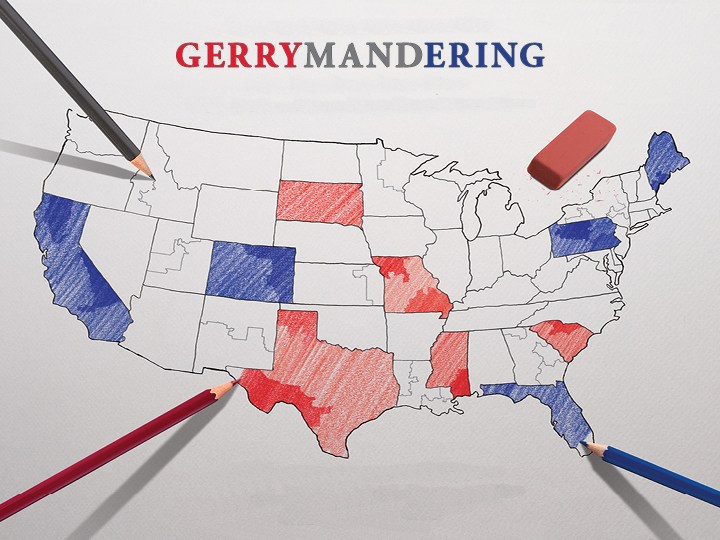 Markose ButlerFebruary 14, 2018Comments Off on It’s Time to End Gerrymandering0 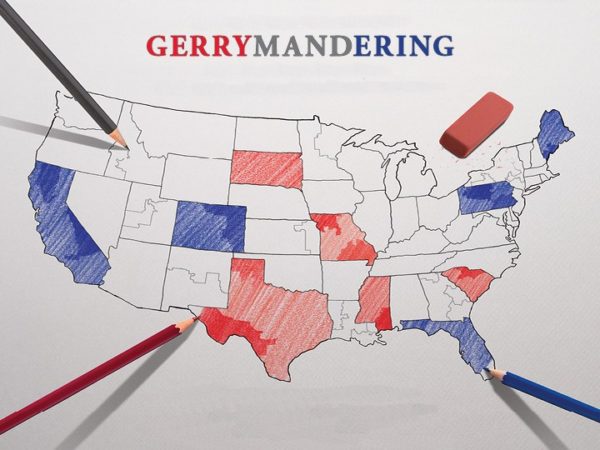 Every ten years the several states and territories take census data from the most recent census and use it to draw the boundaries for election districts at both the state and federal levels. Because the Constitution leaves redistricting in the hands of the states, each state has its own rules about who is allowed to draw the lines; while 13 states vest that authority outside their respective state legislatures, 37 states have their legislatures either take the lead or fully control the redistricting process. [1]

While anyone will tell you how bad the 2010 midterms were for the Democratic party, what is less discussed is the Democratic Party’s total collapse in the state legislatures and governors’ mansions. The win in 2010 allowed the Republicans complete control over the legislative and executive branches of 20 states and control over one branch in 29 and 25 states respectively. With this new dominance, Republicans were able to use redistricting to their advantage and gain an advantage over Democrats based simply on the shape of districts (a practice commonly known as “gerrymandering”. [2] This proved effective as despite winning the national congressional vote, Democrats still wound up with a minority of seats in the first election based on the new maps, 2012. [3]

This is not a uniquely Republican problem; many Democratic-controlled states have been accused of districting their state’s Republicans into irrelevance. The reliably blue state of Maryland has gone from an even split delegation of 4 D/4 R in 2000 to 7D/1R in 2016 despite Republicans garnering 2.96 out of every 8 votes cast for Congress in Maryland that year. [4] Although the federal government has passed laws to prevent overtly racist redistricting and the Supreme Court has suggested that partisan gerrymandering may be unconstitutional, partisan redistricting remains a tool used by politicians to maximise their advantage in Congress and state legislatures.

Fundamental to the understanding of the tensions being balanced with redistricting is today’s political vendetta: Democracy v. Policy. If the ultimate goal of winning an election is to win the right to enact the public policy decisions you advocated for on the campaign trail, should political parties be able to put a thumb on the scale?. If you feel that your positions are needed to “save the country,” is gerrymandering a district defensible? What do you do if you fundamentally believe that the general public is dead wrong on an issue? Does that give you the right to ensure your reelection by maintaining an unfair district?

While the practice of gerrymandering evokes strong negative reactions from people across the country, it’s not all that it’s cracked up to be. In fact, some of the districts that are always singled out for ridicule as obscenely gerrymandered (for example Illinois’ 4th Congressional District [5]) are actually structured to ensure that the Hispanic community in Chicago has representation. The 4th district, often nicknamed “the earmuffs”, has two pockets of territory on either side of the majority black 7th district, and are linked together by a small section of road at their western end. Making the 4th and 7th districts less awkwardly shaped wouldn’t change the party who wins in either; both districts are strongly Democratic, but drawing the lines as such allowed two minority communities to have representation where combining them would have invisibilized one group or the other.

So if gerrymandering districts can help augment minority representation (be it a racial/ethnic minority or a political minority), should it be allowed? Where does one draw the line between creating a minority-majority district and cynically packing minorities into one district so that one party’s voters have no influence in the adjacent districts? Because let’s be real here, minorities disproportionately vote for the Democratic Party. Packing black people into one district will almost guarantee a black Democrat wins there, but it also means that adjacent districts aren’t influenced by that core Democratic vote.

Unfortunately, options regarding gerrymandering are limited; from my perspective, there are three options:

In a perfect world, we’d be able to move on to a proportional system or my preferred mixed-member proportional (MPP – districts tempered by a proportional ballot), but the United States of America in 2018 is not a perfect world.  In that case, the most practical solution is to publicly demand that state legislatures surrender their redistricting power to an independent commission of some form or another. While most states have the legislature take the lead or do all of redistricting, many of them already have independent institutions that provide guidance on redistricting. This means that for most states, its less about creating a new agency from scratch than empowering an existing agency to take the reins on redistricting.

If you live in a state with ballot initiatives, this is something you can help make happen. California and Arizona created independent commission statutes through a ballot initiative; if you want your state to reform its system before the 2020 census, you can work to promote a petition for ballot access. For those that live in states without a ballot initiative process, your work will be harder. You will have to convince legislators who already benefit from gerrymandering to back your bid to take that power away from them. It’s not impossible but will be harder than collecting signatures.

Take Action:
If you have wondered why despite low approval ratings congresspeople have an almost 90% incumbency win rate, part of it is because their districts already advantage them simply on shape alone. If you want to be part of the effort to change that, here are a couple groups that you can get affiliated with:

Former California Governor Arnold Schwarzenegger (R) has also taken the lead on dismantling gerrymandering on the Republican side, even speaking before the Supreme Court against Wisconsin’s pro-Republican gerrymander. https://www.crowdpac.com/communities/arnold

If you are in Virginia, One Virginia 2021 is a group that advocates for a non-partisan redistricting process in Virginia following the next census.