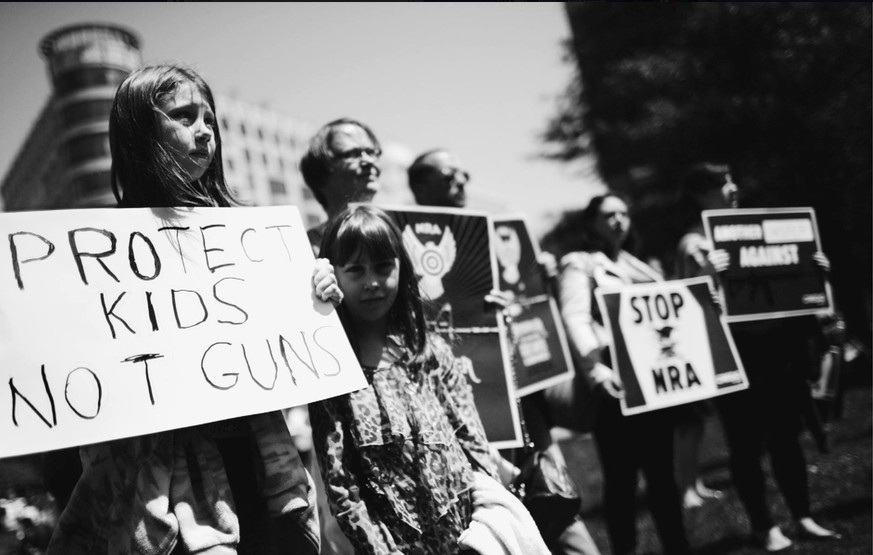 Schools are Not War Zones 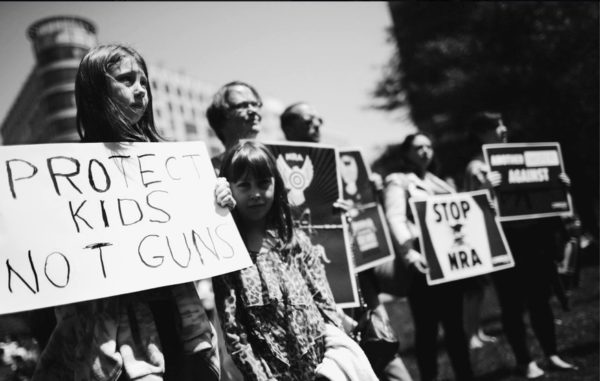 Once again, the nation was devastated upon hearing about the deadliest school shooting in years at Marjory Stoneman Douglas High School in Parkland, Florida, where 17 lives were lost (1). According to Darran Simon from CNN, there have already been 8 school shootings in 2018 — a number that is especially alarming given that it has only been 2 months into the year (2). The gun control debate has been ignited as many of the survivors of the shooting, like Emma González, are calling for political change (3). President Trump recently signed a ban on bump stocks — accessories that turn rifles into automatic weapons— that also were used to fatally slaughter innocent people in the Las Vegas shooting (4).

Almost immediately, Trump also began calling for armed teachers in schools, saying: “We have to have offensive capability to take these people out rapidly before they can do this kind of damage,” (5). However, the argument for more guns in schools falls flat when considering how several armed guards outside of Marjory Stoneman Douglas High School failed to confront the shooter. One such guard, Scott Peterson, has subsequently resigned after being met with rampant criticism by Trump for not rushing to the aid of students (6). The urgency of this debate lies in the fact that if momentum is lost before any policy change can occur, Parkland will be lost in our memories until another mass shooting revives it again.

The political vendetta in this debate is protecting the freedom to bear arms vs. public safety. The logic of the former is broken down below:

On the other hand, the latter argument holds that:

The most the White House is willing to compromise in regards to gun control is raising the minimum age for a person to purchase an assault rifle and expanding background checks for mentally ill (1). In a recent CNN town hall, NRA Spokesperson, Dana Loesch, laid the blame on states who did not — or rather, could not — report convictions to the National Instant Criminal Background Check System (NICS). The NRA has invalidated the entire background check system through the outcome of a past 1997 NRA-backed lawsuit: Printz v. United States (7). Loesch did not mention how the NRA “opposes expanding firearm background check systems, because background checks don’t stop criminals from getting firearms,” as it mentions on its website (7).

The White House has mentioned that it is open to supporting changing the minimum age to purchasing AR-15 assault rifles proposed in a bill introduced by Senator Jeff Flake (R) and Senator Dianne Feinstein (D) (9). Another bipartisan bill that is in the works is the Fix NICS Act, which would enforce how agencies report prior criminal records to the NICS (9). However, this bill is unlikely to garner GOP support unless concealed carry reciprocity (which would allow a person who is licensed to carry concealed firearms in one state to legally carry them in any state) is part of the bill.

It is clear that with the constant mass shooting tragedies in the U.S, raising the age limit for purchasing guns, banning bump stocks, and reducing the number of guns on school grounds are all necessary policy changes. Arming teachers and increasing the number of guns in schools would do little to solve the problem; if trained police officers whose job requires them to confront armed gunmen failed to act, why would we expect teachers and coaches who are already overworked and underpaid to confront the next school shooter? Trump should be extensively challenged to enact stricter laws and limit usage of guns as much as possible. It is the only way to stop another Parkland in the near future.

Will Unions Survive 2018? Previous post
Who Cares if we are Hypocrites? We Must Punish Russia Next post