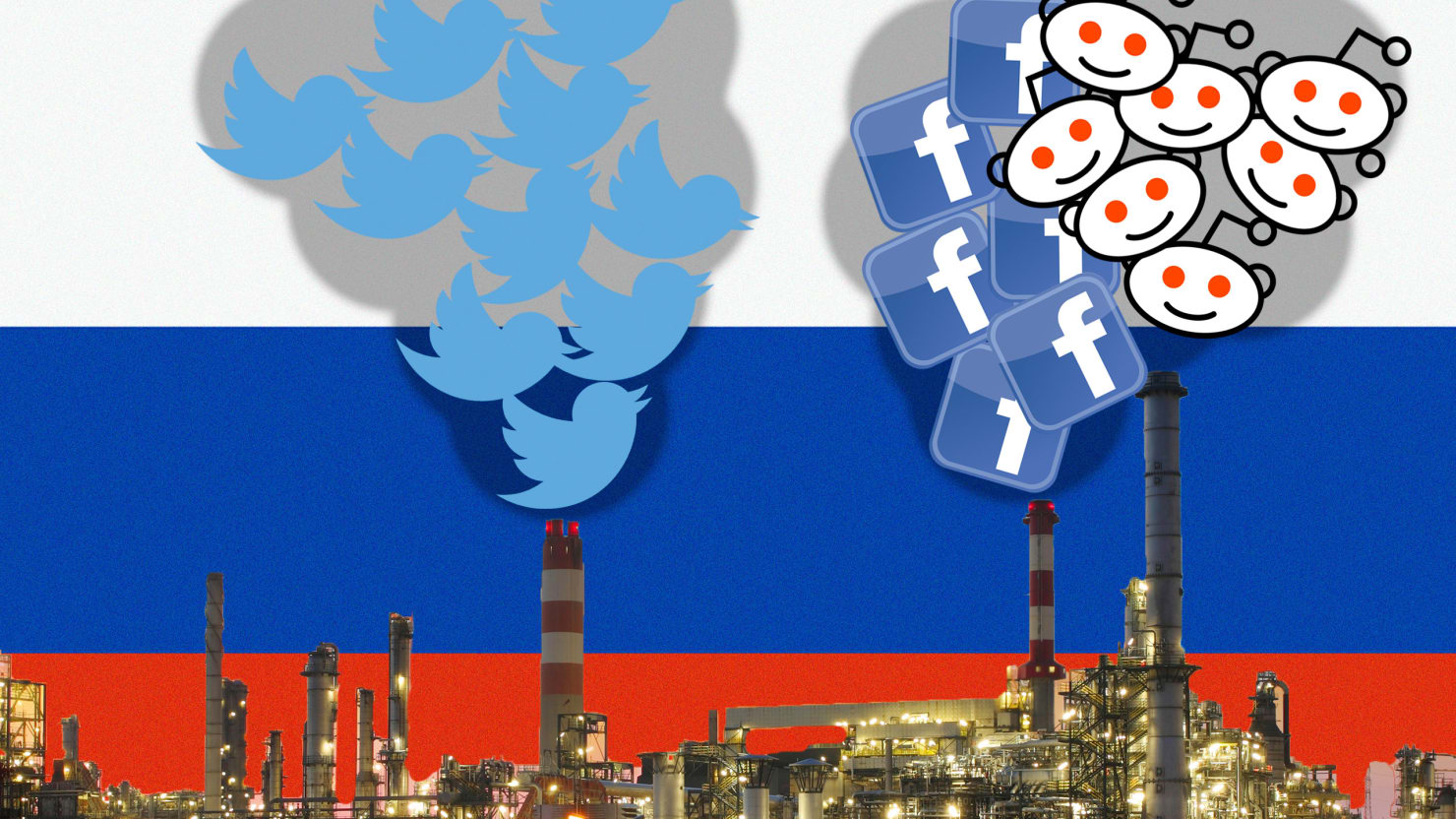 Who Cares if we are Hypocrites? We Must Punish Russia

Markose ButlerFebruary 28, 2018Comments Off on Who Cares if we are Hypocrites? We Must Punish Russia0 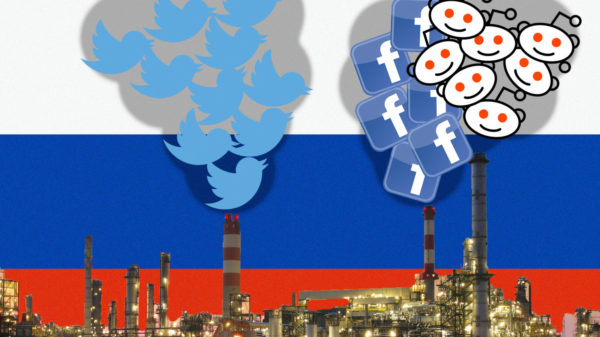 An uncomfortable dilemma in geopolitics is the question of sovereignty, the right of a country to decide its own matters both foreign and domestic. [1] While in recent years countries have ceded some sovereign rights to band together in international treaties, the sovereign right of a country to select its own leaders is still held in high regard. At least on paper that is; the other side of sovereignty is that if country A makes a sovereign decision that negatively impacts country B there is little country B can do about it without violating country A’s sovereignty, which is where international disputes are born.

In the modern era, many of these disputes are aired out in international venues, disputes over trade are often argued before the World Trade Organization [2], the International Court of Justice hears cases on boundary disputes, treaty interpretation, and the like, while the International Criminal Court hears cases concerning war crimes like genocide and crimes against humanity. [3] But what is a country supposed to do when another country is about to make a decision for which there is no appeal or resolution process? What if country A is about to elect someone who’s stated policy positions would have a negative impact on your country? Perhaps they intend to nationalize the oil industry [4], or seize land from private companies and redistribute it [5], or maintain a system of sanctions that are hurting your economy and preventing your wealthiest citizens from accessing their assets abroad? [6][7]

While many people today would say that country A should be allowed to do all those things and everyone else will just have to live with the consequences, there are others who hold a mindset in international relations that says “the strong do what they can, and the weak suffer what they must”. [8] This line from the Melian Dialogue in Thucydides’ History of the Peloponnesian War is thought to be the first explicit endorsement of the International Relations School of Realism. This school of thought largely holds that relations between countries are based on power dynamics; put very simply: conquer or be conquered.

Now even if you didn’t follow the linked sources from above, you may have been able to guess that the last issue concerns the recent sanctions the United States placed on Russia and championed by then-President Obama’s preferred successor Hillary Clinton. The other two issues, however, are two of the many instances in which the US government has attempted (Nicaragua) or succeeded (Iran) in installing its preferred government, bringing us to our political vendetta: Consistency v. Reality. Should the United States be upset that a foreign power interfered in its internal affairs after its history of doing the same? Similarly, does being morally consistent mean that the US is not allowed to respond to Russia’s interference from fear of being labeled hypocrites by the world?

While there are those on the far left who feel that Russian interference is just desserts for a country that has spent the better part of the Cold War and the 21st Century overthrowing (or attempting to) the legitimate leaders of sovereign states, this ignores the notion that two wrongs don’t make a right. Nor is Russia a fit country to mete out that “justice” as it has meddled in the internal affairs of its neighbors for centuries, and as the Soviet Union, orchestrated its own pro-communist coups. [9]

Setting aside those feelings of “just desserts”, there are others who argue that while the US like any country has a right to be upset about interference, focusing on it gives undue impact to the Russian meddling when we aren’t sure how many, if any, votes were actually manipulated by Russian propaganda. Focusing on Russia, to them, ignores the many other problems within American society that led to Trump winning office: an unpopular candidate, voter suppression, bigotry in the electorate, an out-of-touch establishment, and the rest of the list of unresolved issues from the 2016 election. By the same token, giving Russia all this credit allows Russia to intimidate other countries by threatening to reproduce the current state of affairs in the United States in their own countries. Because while Russia has been running interference in many European elections for decades, the sheer amount of chaos unleashed on the world’s oldest constitutional republic by their tactics would give anyone pause before deciding to go against Russian wishes. Long story short, by screaming about it constantly, we make Russia’s attempt look more successful and the better Russia’s attempt looks, the more intimidating Russia becomes to weaker nations.

On the other hand, proponents of retaliation argue that doing nothing only leaves us vulnerable to future incursions. As the Athenians asserted in the Melian Dialogue, “The strong do what they can, and the weak suffer what they must;” in arguing why Athens could not accept Melian neutrality, the Athenians held that Melos’ neutrality would signal to other cities that Athens was not as strong as they thought which would encourage rebellion against Athens. Similarly, the lack of a response would signal American weakness to the world and encourage other countries to make their own efforts at influencing American actions. Moreover, how does a country whose elected leadership can be targeted by a foreign power for electioneering maintain credibility as a sovereign power? If enough elections are thrown by foreign interference, how long until politicians begin pandering to foreign capitals hoping to get assistance? At that point, is the United States even a sovereign country or a playing field for proxy propaganda wars between whichever foreign powers have the means to sway American opinion?

I don’t know the answers to those questions. The only thing I know right now is that the United States is at a crossroads, and choosing the wrong path will lead us to ask those questions about our country for the first time in its existence. The options before the country are varied, but generally, fall into two baskets I will label America First or America the Consistent:

America First – Throughout Trump’s campaign, he promised to “put America First” on issues relating to trade and foreign policy. If the President truly believes his rhetoric about insisting on American interests first, then he has no choice but to retaliate, either by means of increased sanctions, a counter-operation in the ongoing Russian Presidential election, a formal complaint in the UN, or something that goes beyond rhetoric to show Russia and other would-be meddlers that the United States will not sit idly by while foreigners interfere in our democracy. After all, if sanctions weren’t powerful tools of statecraft, the Russians wouldn’t have attacked the US hoping to get a candidate who wanted to repeal them.

America the Consistent – The US should focus on making internal improvements to its election infrastructure, promote critical thinking in the electorate, and develop methods of countering foreign propaganda here instead of focusing on foreign actors. From this view, America would be better served by increasing its defenses instead of hypocritically lashing out at Russia for doing something its done to weaker countries.

To me, the best solution stems from both options. American policymakers should not be overly focused on Russia as the only problem stemming from the 2016 election; there are a number of areas in which American society can improve itself to be more resilient to Russian and other foreign propaganda. But making a clear statement to Russia that its actions are unacceptable and will be met with some form of punishment is necessary as a deterrent to future actions. To that end, the State Department is launching a $40 million initiative to counter Russian propaganda by creating funds to kick-start new enterprises aimed at fighting foreign interference. [10] However, the Trump Administration has still failed to implement any sort of punishment against the Russian Federation for its actions, despite repeated promises and a bipartisan Russia sanctions law passed with near unanimity. [11][12] It is not encouraging that the candidate Russia purportedly supported in the election (Trump) refuses to enforce sanctions that passed Congress with near-unanimous support, but at least some of our politicians and intelligence officials take the threat seriously. Hopefully, they will do enough to prevent meddling in 2018 and beyond.

Other than electing people who will force the President to adhere to the duly passed sanctions law or perhaps impeach him in the event that he is found to have colluded with Russia in its interference campaign, there is not a whole lot that we can do as a society to punish foreign governments for their role in interfering in our elections. WE could boycott Russian goods, but most Russian exports to the Americas are non-commercial goods like unrefined petroleum and iron. [13] What we can do however, is work on our own media literacy and learn to be more skeptical of fantastic claims. I’ve spent much of this article talking about the need for a response to Russia for what it has done, but that response can only come from Washington. What those of us outside government need to do is better prepare ourselves to know when we are being propagandized to and how to appropriately help our social circles understand the propaganda they might be witnessing.