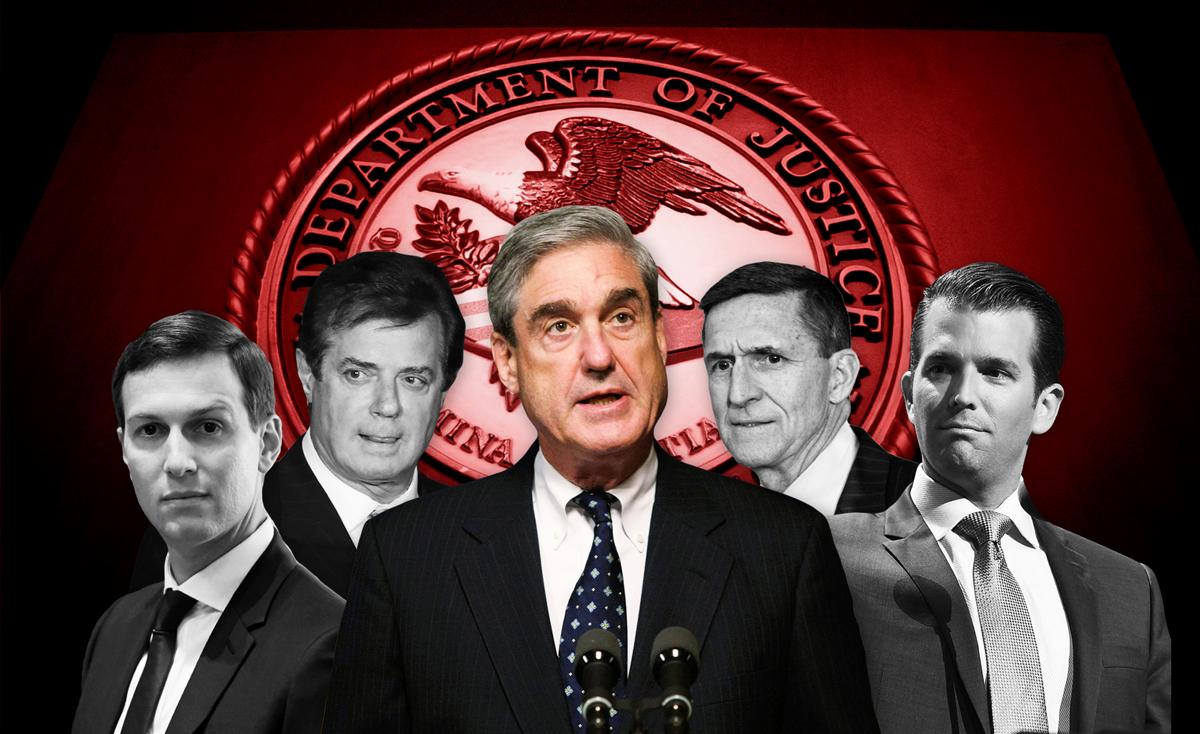 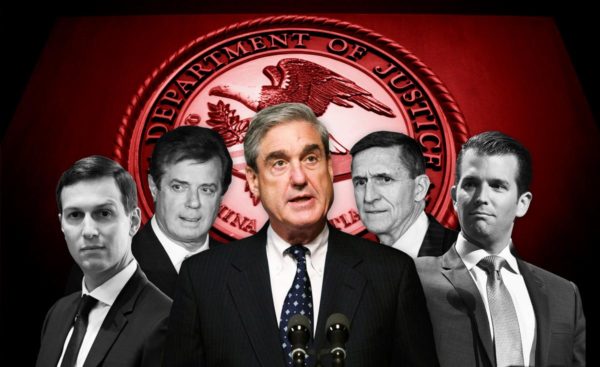 The Trump presidency has had no shortage of scandal in just its first year, the most notable and potentially significant of which relates to Russian interference in the 2016 presidential election Special counsel Robert S. Mueller III has issued over 15 indictments from a grand jury that may reveal how the Russian Federation handed the presidency to the Republican Party. This includes millions of dollars in money laundering from key Trump campaign officials [1], unlawful lobbying on behalf of foreign powers [2], and the manipulation of social media for political influence propagation and organizing rallies [3].

Since May 17th, 2017 special counsel Mueller in conjunction with a federal grand jury has caught the ire of the president, high-level GOP members and their most ardent supporters for being a mere “distraction” from the alleged crimes of Hillary Clinton during the 2016 election cycle. Mueller has charted an investigative course that leads directly to the White House and despite the urge of his cadre of attorneys, Trump may provide the special counsel with everything he needs to press charges himself.

Though support of the investigation has not reached a consensus, one thing is unanimously agreed upon: Trump should not fire the special counsel. It is the universal opinion of the Department of Justice and Congress that if the president were to fire Mueller for any reason that he would only reinforce the case against him and former members of his campaign. President Nixon’s decision to fire then special investigator Archibald Cox during the Watergate scandal only reinforced the notion that Nixon was guilty. The majority of the federal government and the nation’s voters believe in the validity of the Russian investigation, which is important to ensure integrity in future U.S. elections.

But despite a universal understanding of Mueller’s importance there still exists a dichotomy. Many are comfortable with confronting Russian intervention but feel that the Trump administration was not actively colluding, instead acting as “unwitting” benefactors. The vendetta seems to be one of pro-administration v anti-administration. Those that fall into the pro-administration category believe that Russia’s involvement needs to be investigated and prevented but that the questioning and indictments of campaign officials are merely a political witch hunt. Those that are anti-administration firmly believe in the veracity of the collusion claims and subscribe to the assertion that Trump officials and possibly even Trump himself were involved in subverting the integrity of the presidential election.

The first and undoubtedly highest profile indictments were that of former Trump campaign manager Paul Manafort and his business partner Richard Gates III [1]. Manafort has an extensive history of working on presidential campaigns, especially in foreign elections. He was an adviser to the former president of Ukraine Viktor Yanukovych from 2004 until his election in 2010. He has also served  on behalf of controversial foreign leaders such as Ferdinand Marcos of the Philippines and Siad Barre of Somalia. Gates and Manafort are collectively accused of laundering more than $20 million dollars acquired from their unlawful foreign lobbying activities between 2006 and 2015, most frequently through real estate properties and shell companies.

Trump’s former National Security Advisor Michael Flynn Sr. has plead guilty to lying to federal officers about conversations with a Russian ambassador Sergey Kislyak (the same individual Attorney General Jeff Sessions denied having contact with in his Senate hearing). In addition, he failed to register as a lobbyist for a foreign nation when acting on behalf of Ekim Alptekin, a Turkish business owner. Flynn took $600,000 from Alptekin in return for lobbying on his behalf and discrediting Fethullah Gulen, a current enemy of the Turkish president [4]. The fact that three high-level Trump officials have already been indicted for their involvement with Russia (along with several unsavory and potentially unlawful connections by Sessions and others currently under investigation) suggests that there’s a lot of fire to go with the smoke.

On February 17th  Mueller issued 13 indictments against Russian agents accused of posing online with fake accounts to buy advertisements and organize rallies. In addition, one American has pleaded guilty to assisting Russian political operatives in stealing U.S. identities to avoid online payment security protocols [3]. This is the first instance where definitive proof of Russian meddling in the 2016 election has been made public. Consequently, Mueller’s doubters shifted from denying any meddling occurred to alleging that the meddling had no influence on Trump’s campaign.

To pro-administration advocates and Mueller skeptics:
Manafort, Gates and Flynn acted without direction from the campaign or Trump himself
Mueller’s investigation into Trump officials is unfounded
This is a distraction from the crimes of Hillary Clinton
This is a political witch hunt

To anti-administration advocates and Mueller defenders:
This is proof of blatant corruption
Necessary exposure of how vulnerable U.S. elections are
Believe not enough indictments have been issued
Assert the president himself is guilty

This investigation has the possibility to be one of the most influential scandals of U.S. political history. Attempting to reduce the credibility of Robert Mueller is a futile pursuit; he is a lifelong Republican and was chosen by Barack Obama to remain as head of the FBI when he took office. He has received the adulation of many of his colleagues in law enforcement and politics for his impartiality. If the numerous allegations against Hillary Clinton involving her private email server and the Uranium One deal [5] are true, they are serious offenses. However, the truth of the matter is that investigating Hillary Clinton’s alleged misdeeds would be a superfluous use of government resources; she is not the President of the United States, and has already endured dozens of investigations on many of the claims against her.

For now, it would seem that Mueller’s position is solidified and the investigation will run its course. In an ideal world all those involved would plead guilty, president or not, and serve the appropriate sentences, but this world is far from ideal. The only viable solution is for Mueller to maintain his steadfast dedication to finding the truth and issue all federal indictments against all those that are implicated. Next is to have a long, expensive, public, and fair trial at which the jury will come to a conclusion and the judge will affirm and hand down a ruling. American politics is filled with endless loopholes for politicians to use to escape justice. The president himself is immune from all liability for official acts under the auspices of Nixon v. Fitzgerald [6] and with the perennial levels of “plausible deniability” it is almost certain that Donald Trump himself will avoid any legal consequences despite the outcome. All we can hope is that those who have collaborated with foreign nations will be tried to the furthest extent of the law and appropriate measures are enacted to defend against future meddling by foreign powers. President Trump has been vocal about his desire to sit down and undergo questioning from Mueller directly, against the advice of counsel. If this comes to fruition we may finally get the story straight from the horse’s mouth.

https://petitions.moveon.org/sign/full-and-fair-trump-russia – Sign this petition to help advocate for an independent investigatory commission to launch a full investigation of all Russian interactions during the 2016 election cycle.

https://act.credoaction.com/sign/Investigate_Trump?t=2&akid=19201.1059363.qc_pvS – Do you think that Donald Trump was personally involved? Sign here for his personal investigation.