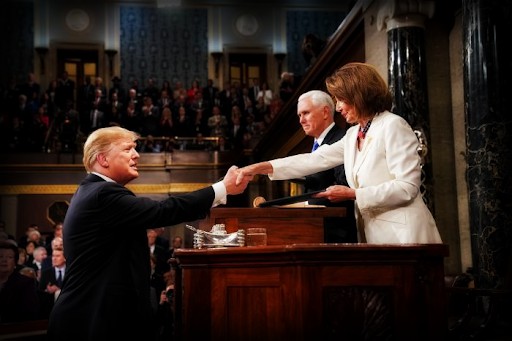 Hashim ArainFebruary 25, 2019Comments Off on Uniting Against HIV Infections1

On February 5, President Trump delivered the annual State of the Union address to a joint session of Congress, where he laid out a few policy objectives that he would like to see Congress achieve, including an initiative to decrease the number of HIV infections.

Throughout the speech, he stressed unity and cooperation, during this polarized time not only in Congress but across the country as well. Trump touted some economic achievements during the tenure of his administration so far, as well as making yet another pitch to receive funding for his proposed wall along the southern border between the United States and Mexico. He also alluded to his new initiative to bring down the number of HIV infections, and another health care initiative which aims to limit the number of children diagnosed with cancer.

The HIV initiative strives to eliminate new HIV infections by 75% in the next five years, and by 90% in the next 10 years. The Department of Health and Human Services project that this initiative will be “averting more than 250,000 HIV infections in that span,” if the plan Trump laid out during his speech is implemented correctly. The Trump Administration plans to fund programs in certain geographical areas and to produce data which identifies and tracks the spread of HIV. The initiative also plans to create local efforts in targeted areas in order to expand HIV prevention and treatment.

Trump also announced during the address that his administration plans to improve childhood cancer data. This initiative will be led by the National Cancer Institute, which is a division of the National Institute of Health. Some have noted that funding for this particular initiative is smaller when it’s compared to the annual budget for the National Institute of Health. Trump stated in his address that he plans to ask Congress for $500 million over the next 10 years in order to fund this “critical lifesaving research” in childhood cancer.

The vendetta here is can this divided Congress come together to solve these issues, during the last couple years of the Trump Administration’s first term in office?

Some HIV/AIDS advocates have said that the Trump Administration’s HIV initiative can be achieved, but the administration needs to change its views on certain health care policies. Some of these policies include the administration’s efforts on limiting the effects from the Affordable Care Act, as well as changing its stance on cutting funding for Planned Parenthood and not limiting the rights of immigrants and the LGBTQ community. The Trump Administration needs to work with Congress on how to pay for this initiative.

As of right now Dr. Brett Giroir, the Assistant Secretary of Health at the US Department of Health and Human Services wouldn’t give out any specifics on how much money President Trump would request from Congress for this initiative. Giroir stated that the details on the funding for this will be included in the administration’s overall budget request to Congress. In regards to the eradicating of childhood cancer plan, the National Institutes of Health, or NIH plan to spend about $462 million in 2019. The NIH’s estimates that 11,060 children will be diagnosed with cancer in 2019, while 1,190 of them will die from cancer.

I think that despite their major differences, this divided Congress can make some progress on the eradication of HIV/AIDS, as well as childhood cancer.

These initiatives by the Trump Administration are a good start in trying to achieve these goals. The American public may have some faith in their lawmakers in solving complicated problems if these two initiatives are approved by Congress. Making significant progress on the aforementioned issues can ensure the confidence of Americans knowing that Congress is indeed working for their best interests. The current immigration talks in Congress could have a major impact on how it will confront other issues later on. Let’s hope that a viable solution comes out of those discussions.