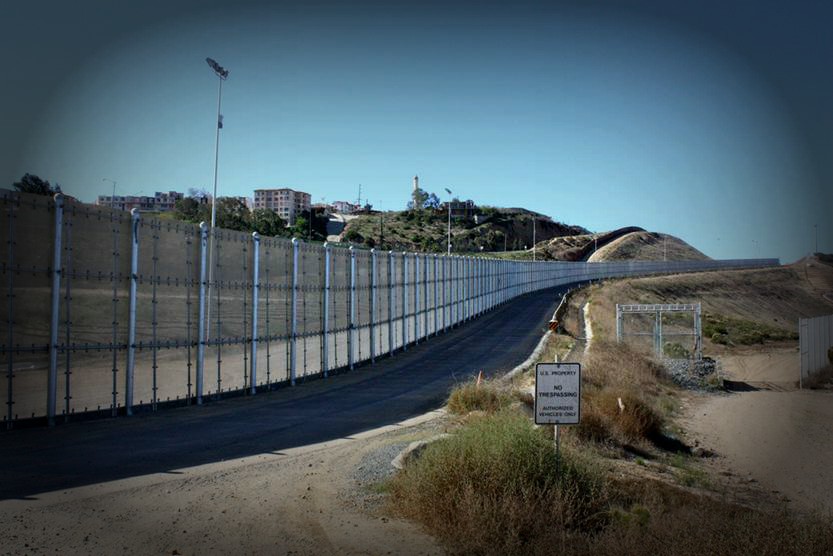 A State of (National) Emergency

Hashim ArainMarch 6, 2019Comments Off on A State of (National) Emergency0

On February 15, President Trump declared a national emergency in order to receive funds to build a border wall, along the US-Mexico southern border, without having to obtain congressional approval. Trump did this, while also agreeing to sign a spending bill to fund the government, essentially ending a threat of another government shutdown.

Democrat and Republican lawmakers have already expressed reservations for this latest action by Trump. Some Republicans have said that this move is an example of constitutional overreach, and that this could set a precedent for a future Democratic president to declare a national emergency over an issue that the GOP disagrees with. Congress also has the power to pass a resolution to disapprove a national emergency declaration, The 1976 National Emergencies Act gives them that specific power.

The vendetta for this topic concerns President Trump declaring a national emergency declaration over border wall funding and the question whether he is doing this for the country’s best interest or not?

The spending bill that Trump signed gives him $1.3 billion for 55 miles of border fencing, in addition to other border security measures. Trump plans to get the additional $7 billion in border wall funding by taking money from a combination of military construction projects, counternarcotics programs, and a Treasury Department asset forfeiture. His administration plans to do all this so that they can build a longer border wall. The main reason that President Trump wants a border wall is that he believes that there’s a national security crisis at the border.

Trump has exaggerated the problem of terrorists coming into the US by the thousands. The number of border arrests has been about one-quarter of what it was in 2000. It was 1.6 million arrests in 2000, compared to the most recent number of 400,000 arrests in 2018. There’s also been a decrease in US troops at the border, where there were about more than 5,000 troops this past fall, and now the Pentagon announced earlier this month that it will increase the troop level to more than 4,000. The Pentagon stated that they’re doing this so that the troops can put up new wiring on the border fence, while also providing support for the Customs and Border Protection Agency.

Recent polling suggests a majority of the American public doesn’t approve of this national emergency declaration by President Trump. According to a poll conducted by NPR, PBS NewsHour, and the polling firm Marist, almost 6-in-10 Americans oppose the national emergency.  Those which were polled said there is no emergency at the southern border, and that President Trump is misusing his power by implementing this executive action. The poll also cited that Republicans mainly supported this move, while Democrats and independents opposed it.

This national declaration has already faced some legal pushback from a host of states across the country. A lawsuit filed by California, along with 16 other states, against President Trump, alleges he doesn’t have the power to divert funds for building a wall along the Mexican border, and it’s Congress’s job to allocate those funds for situations like this. When Trump announced the national declaration, he himself predicted this action would face legal scrutiny in the judicial system, the lawsuit the start of this process.

President Trump has been put into some tricky legal ground, with him declaring this national emergency. I understand from his perspective that by implementing this action and getting the necessary funds for the border wall, he will achieve a signature promise of his 2016 presidential campaign. Even though Trump’s base of supporters is in full support of this move, there’s still quite a majority of people who oppose, and those people tend to be outside of his core base of supporters, as the polling suggests. I don’t think that getting funds from other government programs for the border wall project is a good look for the Trump administration.

The House of Representatives is reportedly planning to vote on a resolution block which will President Trump’s national emergency declaration. Once the House votes on this resolution then the Senate will do the same. Trump is expected to veto the legislation if it comes to his desk if that happens then the veto could be overridden by both the House and the Senate needs to have a two-thirds majority vote in support of overriding the veto. Key lawmakers in the Senate have confirmed that they’ll block the national emergency resolution, likely setting up President Trump’s first veto of his presidency.

The recent data on border security, added with some lawmakers’ hesitation with this, shows that President Trump shouldn’t go forward with this national emergency declaration. He’s just catering to his base of supporters with this, and not listening to those that think that this is not the right way to go. I think Trump should support the original spending bill that lawmakers agreed to, which is to have $1.375 billion for border security funding. This is Trump’s best option at this point.