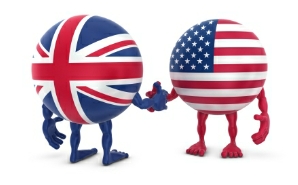 Alexandra Van ErvenApril 29, 2016Comments Off on The Special Relationship0

On Friday, April 22, President Obama spoke at a press conference at the Foreign and Commonwealth Office in London, where he said that a vote to exit the European Union would put trading deals between the U.S. and the U.K. at the “back of the queue.” “I think it’s fair to say that maybe at some point down the line there might be a U.K.-U.S. trade agreement,” Obama said in London at a joint news conference with U.K. Prime Minister David Cameron, “but it’s not going to happen any time soon because our focus is negotiating with a big bloc, the European Union, to get a trade agreement done.” He continues, “the U.K. is going to be in the back of the queue. Not because we don’t have a special relationship, but because given the heavy lift on any trade agreement.”  This press conference comes at a time when the United Kingdom is going to vote on whether or not to stay a member of the European Union. A choice which most of the U.K. and Ireland are split over, with 40% voting to stay, 39% voting to leave and 16% not sure, according to the most recent opinion polls. The vote is scheduled to take place on the 23rd of June.

Britain leaving the E.U. will affect the US UK economic relationship, the question then is to what extent. The US and the UK, historically, have also shared a special relationship but this upcoming vote will put the extent of that relationship to the test. According to 2015 reports, the exports and the imports between the US and the UK are estimated to be 56,352.9 (exports) and 57,805.2 (imports) million dollars, respectively.  There is concern that the UK leaving the EU could negatively impact these numbers, and in the long run the relationship between both countries. According an article written by the New York Post, US Deputy National Security Adviser Ben Rhodes said that the American stance was clear, and that, “As the president has said, we support a strong United Kingdom in the European Union.” In an opinion piece written by the President himself, he stated “The European Union doesn’t moderate British influence – it magnifies it. A strong Europe is not a threat to Britain’s global leadership; it enhances Britain’s global leadership.” The vendetta is that there are concerns about the future of the trading and economic policies, as well as the future of the special relationship,  between the US and the UK.

The economic relations policies between the US and the UK are, according to the State Department, bilateral, meaning it affects both countries. Currently, “The United Kingdom is a member of the European Union and a major international trading power. The United Kingdom is one of the largest markets for U.S. goods exports and one of the largest suppliers of U.S. imports. The United States and the United Kingdom share the world’s largest bilateral foreign direct investment partnerships.” The economic changes that would be present by leaving the E.U. would place Britain in a questionable position, according to eight former US Treasury secretaries, who have said “Brexit could call into question London’s role as a global financial centre. While Britain will remain an attractive centre for finance even if Britain exits, it should not take for granted its global primacy when it is no longer the gateway to Europe.” The same group has also held that the US holds a “critical interest” in the outcome, given that the two economies have a strong connection in exporting and importing, which could be jeopardized with a vote to exit the EU.

Many experts believe these possible economic changes will also end up harming the special  relationship between the US and the UK. According to the Guardian, Former US Treasury chief Larry Summers believes that the relationship will suffer economically. “It would reduce Britain’s very positive influence as an ally of the United States and a strong participant in the G7 and in the G20. It would be a step towards a more closed, more protectionist, less effective and less prosperous global economy.” Some others believe that the U.K. voting to leave the E.U. would actually be beneficial for the Special Relationship. Nile Gardiner, a leading authority on transatlantic relations stating in his article written for the Daily Signal stated, “Brexit, a British exit from the European Union, offers an opportunity for the British people to take back their freedom and return to being a truly global power with global interests. This is good for Britain and for the vital partnership between the United States and the United Kingdom.”

It is then best to prepare financial plans and trading policies that would support an importing and exporting future with the UK regardless of the result of the vote, with or without the EU, being that it is in the best of both of our interests to keep strong relations with important import and export partner. These trading policies would allow for imports and exports to continue between the two countries, either as they are currently with the UK in the EU or if the UK decides to separate, just between the two countries. Preparing for possible changes in the relationship the UK has with the EU will allow for the US to keep mostly seamless relations with the UK, both in cases of their economies and their special relationship.