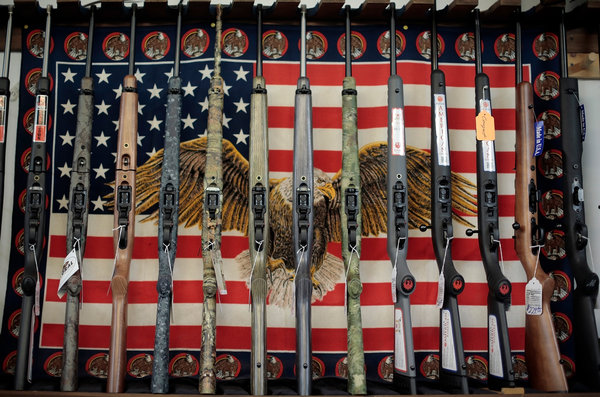 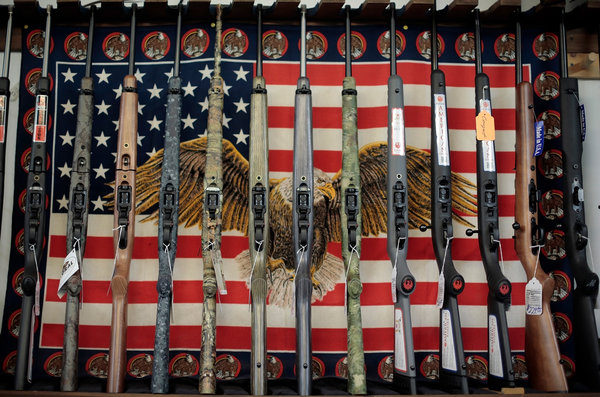 The June 12 shooting in Orlando, Florida was named the deadliest mass shooting in American history, leaving 49 people dead and 53 people injured. The attack was also named the deadliest incident of violence against the LGBT community, and the biggest act of terrorism on U.S. soil since the 9/11 attacks. The tragedy has inspired more politicians and activists for gun control and restriction to come out in full force, hosting sit-ins to have their voices be heard. However, recent polls have shown that this tragedy did not change the opinion of most Americans on gun laws. In the poll, 50% said that they were concerned that the government would go too far with regulations; while 47% said they worry the government won’t do enough to regulate the ability to get guns. The conversation has been widely centered on the usages of assault rifles and their presence in American citizenry, and whether or not they should remain there.

There are those who do not believe that they should remain, believing that this event should trigger an assault rifle ban. President Obama stated in a conference on June 14 that the assault rifle ban should be revisited and that there should be a new “No Fly, No Buy” law, in which those who are not eligible to fly or suspected terrorists will not be allowed to purchase guns. “People with possible ties to terrorism who are not allowed on a plane shouldn’t be allowed to buy a gun,” he said. “Reinstate the assault weapons plan; make it harder for terrorists to use these weapons to kill us.” Those who disagree with this idea believe that this talk about an assault rifle ban is asinine, being that weapons that are considered assault-type are not really that.

In an article written by the National Review, the author states “A sporting rifle with a walnut stock is just another sporting rifle; pull that walnut stock off and replace it with a black plastic one with an L-shaped grip and you have an “assault weapon.” He continued, “We have a unique advantage in judging calls for a ban on so-called assault weapons: We’ve done it before. From 1994 through 2004, a federal ban on “assault weapons” was in place, and it had no detectable effect on crime. The independent Task Force on Community Preventative Services found no evidence that the assault-weapon ban prevented any violence.” The vendetta is that although gun control advocates are looking to protect lives with new legislation, assault rifle bans are a weak and unnecessary ban.

There is currently a military grade weapon ban in place that was signed into law by former president Ronald Reagan, known as the “Hughes Amendment to the Firearm Owners Protection Act” which does not allow for military-grade weapons to be manufactured for civilian use, which was signed in 1986. Popular examples of rifles which can be considered assault rifles are weapons such as the AR-15, which was considered by the majority to be the weapon the assailant in the Orlando shooting used until it was revealed that the weapon used was a Sig Sauer MCX carbine rifle, and military grade AR-15’s are no longer in production. The article in the National Review states that “There is nothing particularly fast about its rate of fire or remarkable about its accuracy, and, contrary to so many media reports, it is not a “high-powered” rifle, firing, as it does, the .223 Remington or 5.56mm cartridge, which isn’t even powerful enough to be used to hunt deer or similarly sized game legally in most of the United States.” More steps should be taken to protect citizen from terrorist attacks such as the one that occurred in Orlando, but the solution does not include banning assault rifles that are not actually assault rifles.

The best course of action in this case would be to place the “No Fly, No Buy” law in place, to prevent possible criminals and terrorists on the FBI no fly list to purchase weapons that have the capability of hurting people. Those that are being investigated by the FBI are not following the rules of the country, and having the possibility to procure a firearm would leave an open invitation  to hurt multitudes of innocent people. There are millions upon millions of American citizens who are legal gun owners who do no harm to themselves or others, but use the weapons for personal defence. The people who genuinely seek weapons for their protection or for usage in sporting such as hunting should not be barred from picking an AR-15, which is no longer a military-grade weapon. Ensuring this difference will allow to understand the need for protected citizens, while at the same time protecting citizens from those who would purchase weapons to harm people as much as possible.