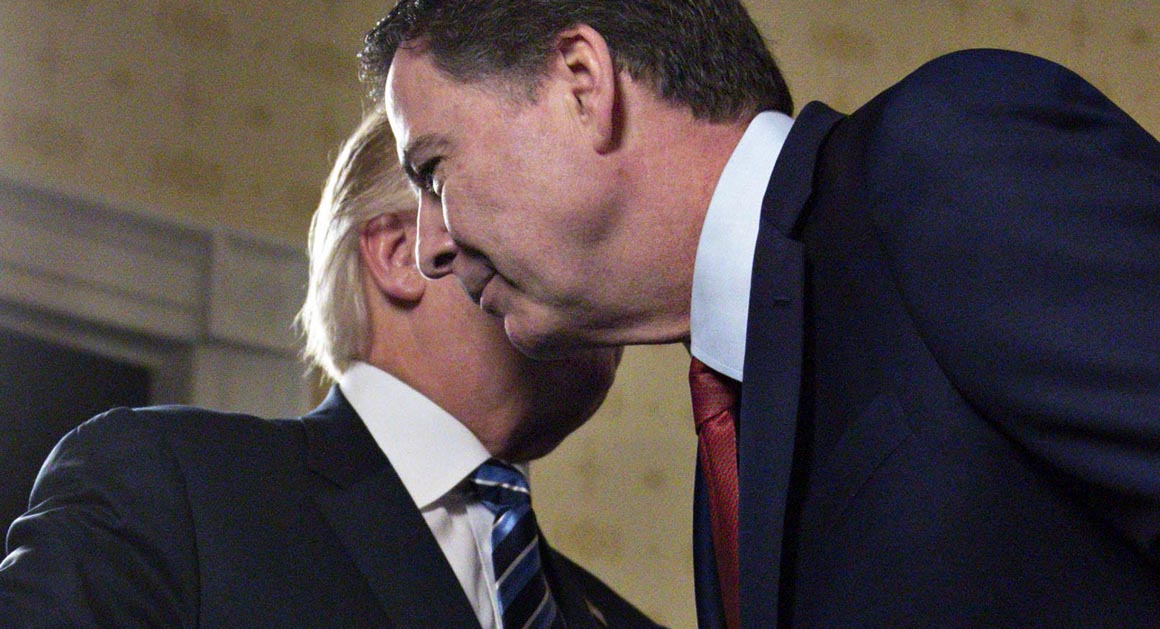 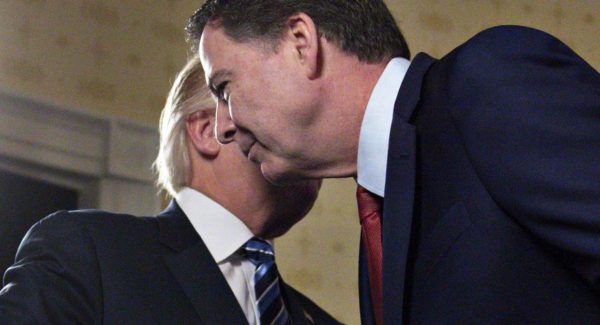 On Tuesday, May 9th, President Trump fired FBI Director James Comey. In a letter addressed to Comey and delivered to the FBI headquarters in Washington, Trump stated that Comey was “not able to effectively lead the Bureau.” [1] Trump also wrote that Comey, “on three separate occasions,” informed him that he was not under investigation by the FBI. Deputy Attorney General Rod Rosenstein, in a letter addressed to the President, outlined a case for Comey’s dismissal, citing Comey’s handling of the Clinton email case. Attorney General Jeff Sessions also wrote the President, stating directly that Trump should replace Comey with a new Director in order to restore credibility to the FBI. [1] In the days following Comey’s dismissal, the Trump administration struggled to explain the decision. Two days after firing Comey, Trump gave an interview with NBC’s Lester Holt, in which Trump said that Comey’s firing was related to the FBI investigation into alleged Russian ties to Trump campaign members: “[W]hen I decided to just do it I said to myself, I said, “You know, this Russia thing with Trump and Russia is a made-up story, it’s an excuse by the Democrats for having lost an election that they should’ve won.” [2] Trump also contradicted the claim that Rosenstein and Sessions’ recommendations spurred the decision: ” [R]egardless of [the] recommendation, I was going to fire Comey.” The next morning, Trump seemed to threaten Comey in a tweet: “James Comey better hope that there are no ‘tapes’ of our conversations before he starts leaking to the press!” [3]

Trump’s actions and statements regarding this conflict demonstrate the urgent need for a special prosecutor, one not hand-picked by the subject of that investigation, to conduct the investigation into the Trump campaign’s possible ties to Russia. [5] Remember that Attorney General Jeff Sessions already recused himself from the investigation weeks before Comey’s dismissal due to Sessions’ involvement in the Trump campaign prior to the election. As the acting head of the investigation, Rosenstein must appoint a special prosecutor. Those who resist the idea of a special prosecutor argue that one is unnecessary, that the FBI investigation into the Trump campaign will proceed despite Comey’s removal. On Thursday, White House Spokesperson Sarah Sanders stated, “[W]e want [the investigation] to come to conclusion with integrity, and we think that we’ve actually, by removing Director Comey, taken steps to make that happen.” [6] However, the fact that the person responsible for making the decision (President Trump) contradicts these assertions suggests a cover-up attempt, and the Trump administration has failed to explain and justify the decision to dismiss Comey, relying mostly on the fact that Trump has Constitutional authority to fire the FBI Director. While this is true, doing so is extremely rare, having only been done once before in the 108 year history of the FBI, and the context surrounding the decision is critical. Removing the prosecutor of his own investigation is not the right context.

Given Trump’s resistance to the investigation, it is reasonable to assume that his preferred FBI Director will share his views on the Russia investigation. If the allegations that Russia interfered in the election and aided the Trump campaign are true, the consequences are severe; it would be one of the most disturbing revelations in American history. Even if the allegations are untrue, a cloud of uncertainty and paranoia now hangs over the nation, and Trump has done nothing to alleviate concerns of misconduct. If Trump desires to carry out his agenda, he needs this investigation to conclude in a manner that satisfies most concerns people have. However, because of his interference into the investigation, and his ability to appoint someone who could end it prematurely, a special prosecutor is necessary.

Senate Minority Leader Chuck Schumer (D-NY) announced his support for an effort by Senate Democrats to refuse to vote for any nominee for FBI Director until a special prosecutor is appointed. [7] Although the Democrats lack enough votes to block a nominee without Republican support, a partisan boycott against a nominee for FBI Director would be unprecedented; most directors are confirmed with strong bipartisan support. If you believe that a special prosecutor is necessary to investigate the Trump campaign, contact your representatives in Congress and tell them.

[3] Baker, P. (2017, May 12). Trump Warns Comey and Says He May Cancel Press Briefings. Retrieved from https://www.nytimes.com/2017/05/12/us/politics/trump-threatens-retaliation-against-comey-warns-he-may-cancel-press-briefings.html?_r=0

[5] Lord, D. (2017, May 10). What is a special prosecutor; who appoints one; what do they do? Retrieved from http://www.ajc.com/news/national/what-special-prosecutor-who-appoints-one-what-they/8kBkeUzNtUDERDOX9u4yhO/