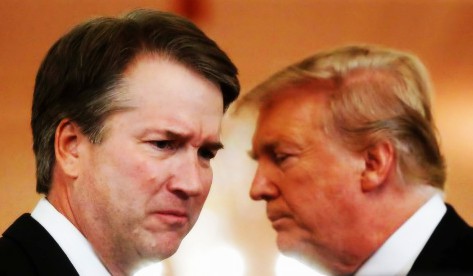 On Wednesday, June 27, 2018, Supreme Court Justice Anthony Kennedy shook up American politics when he announced his retirement. into American politics [1]. With over three decades on the court, he’s held a reputation as an advocate for conservatives since his appointee during the Reagan era.  However, after the retirement of Sandra Day O’Connor in 2006, he became a panacea to liberal sympathizers as well as an embodiment of objectivity.

However, if Donald Trump replaces Anthony Kennedy with Brett Kavanaugh, US policy will live in the hands of the G.O.P. for decades to come. Which means many previous legal victories for certain groups will be at risk including but not limited to abortion rights, labor rights, voting rights, and gay marriage. Kennedy’s blockbuster retirement places the court, as well as the entire country, in a precarious position, allowing Trump to select a potential firebrand that could potentially allow Trump era policies to potentially reign supreme for generations to come.

The Supreme Court’s primary duty is to interpret the Constitution. Though it is intended for every single case to undergo an independent and objective review of facts and precedence, justices have often issued rulings with what many observers believe to be political motivations. Many fear not just a conservative majority but another staunch originalist that will rival that of the late Antonin Scalia. This court composition would create a lasting dynasty of jurisprudence that would put many liberal policies in jeopardy.

The vendetta, in this case, is bias vs. balance. Replacing a Supreme Court Justice is a history-altering decision, which often reflects the agenda of the current administration.

A new Justice is appointed by the President and approved by a simple majority Senate confirmation of 51 votes. Republicans cannot afford to lose a single vote in the Senate if they want Kavanaugh to be confirmed without a hitch. However, a resistance is forming within the Democrats. powered forward by Minority Leader Chuck Schumer, the Democrats plan to mount a defense against the confirmation by galvanizing the American people to pressure senators by convincing them that a Kavanaugh appointment would put abortion rights and the Affordable Care Act in peril [2].

Democrats hope that prevailing opinions regarding these two key issues (among others) will place pressure on Senators to appease their constituencies in light of this year’s election cycle. To make matter more precarious for Republicans, John McCain is currently being treated for brain cancer; if he cannot make the vote, or passes away before the floor vote can be called, then the confirmation will be scuttled. 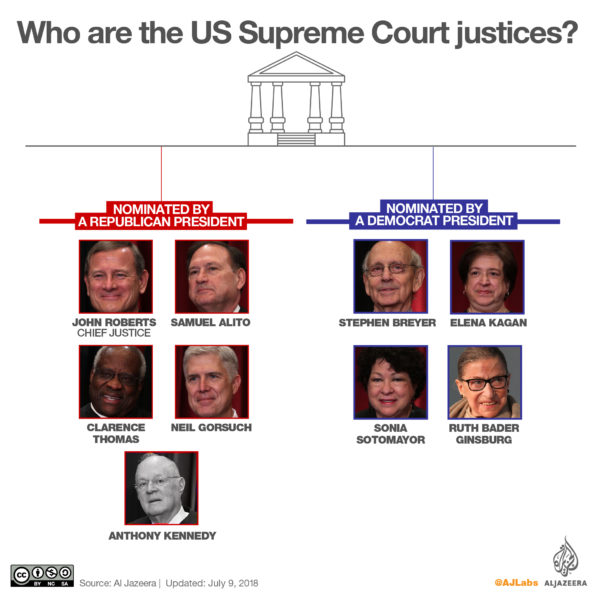 Additionally, Democrats have requested plethora of documents dating back to Kavanaugh’s service under President Bush. Compiling with these document requests not only slow down the confirmation process but provide the opposition time to discover any judicial inconsistencies or even malfeasance. There’s no doubt that this impending nomination will shape U.S. history for the foreseeable future, placing immense pressure on both sides to do everything possible to ensure success. Options, for both supporters as well as detractors, are limited and a Kavanaugh confirmation or suppression may end up coming down to pure luck rather than political finesse.

For a Kavanaugh confirmation Republicans should:

For a Kavanaugh suppression Democrats should:

This isn’t the type of situation that warrants a ‘solution’ per se but it is a complex and exciting development nonetheless. In the coming weeks, we will see an intense game of cat and mouse within the bicameral chamber to alter the course of United States jurisprudence.

Such a consequential appointment process could have many outcomes and there are sure to be other unprecedented events which take place as well.

The best resolution would be for the President to take the counsel of both parties to decide on a justice that will put the law first and adopt a more functional interpretation of the Constitution. Given the nigh-impossibility of this outcome, all we can do is watch and let the process unravel. Brett Kavanaugh is the hardline conservative that will be a boon to the G.O.P and their ideology. On the same hand, another Trump appointee could rewrite not only the last 30 years of US legal history but the next 30 as well, only time will tell which path the United States is headed down.

“The best resolution would be for the President to take the counsel of both parties to decide on a justice that will put the law first and adopt a more functional interpretation of the Constitution.”

Disagree with the appointment of Brett Kavanaugh? Sign here: https://front.moveon.org/kavanaugh-nomination/