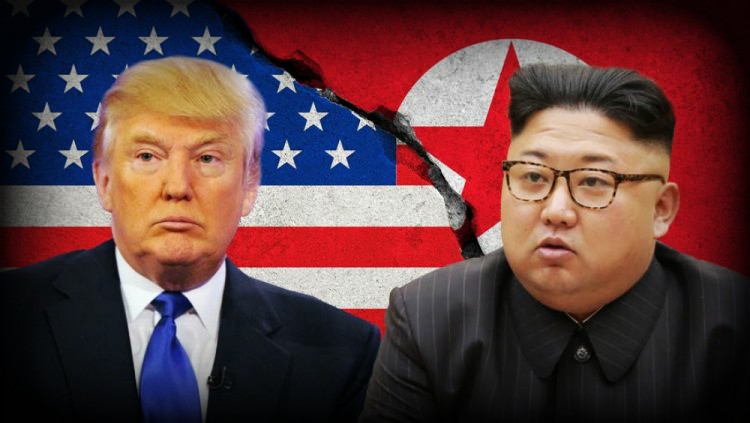 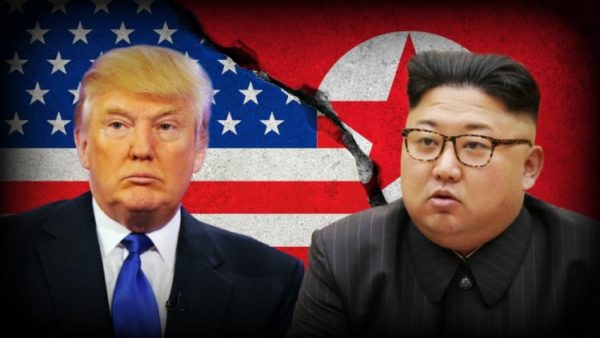 From The Town Press

After several months of slinging insults back and forth, Donald Trump and Kim Jong Un made history on June 12, 2018 when they successfully converged in Singapore with hopes of bringing peace to the Korean Peninsula. It was the first time in history that a North Korean leader and an acting American president discussed Diplomatic Relations in a face-to-face official meeting. Singapore, the neutral territory where the summit took place, provided the perfect neutral backdrop for the meeting since both countries have embassies there and have enjoyed fruitful relationships with the island.

The bad blood between North Korea and the U.S.A date back to the Second World War when the United States, along with the Soviet Union, successfully stopped Japanese imperialism and divided the Korean peninsula in half, each side with their own sphere of influence. The North, a communist-led empire with South Korea known for its alliance with America.

The Korean War, fought between 1950 and 1953, was a challenge in how to stand up against the spread of communism, especially for the United States. The resulting war registered with over 5 million deaths, almost 40,000 of which were Americans. And it’s not even over. No peace treaty was signed, only an armistice over a two-mile-wide demilitarized zone and a border settled at the 38th parallel. Today 35,000 American soldiers protect the South Korean military and ensure the South’s security, and without a peace treaty, let alone conversation, our own soldiers will continue to reside there indefinitely.

The de facto “truce” manifested in several ways, starting with North Korea’s successful nuclear weapon test back in 2006. The fear that North Korea possessed nuclear weapons, and could virtually attack any country at any given time, encouraged the United States, as well as other European and Asian countries, to take a harsh stance against North Korea with the United Nations implicating several economic sanctions against the rogue nation, including a ban on supply of heavy weaponry, missile technology and material, luxury goods, and coal.

However, the United States saw little opportunity to stop North Korea from developing nuclear weaponry. At the time of writing, North Korea is expected to have in its possession a few active warheads (“one to ten”), still much less than the United States (3822 warheads), but enough to escalate a diplomatic tension between the two. As Donald Trump called Kim Jong-un a “Rocketman,” and threatened North Korea with “fire and fury”, the North Korean Supreme leader responded, calling Trump a “dotard” and continuously threatened the country with a nuclear strike capable of reaching the American mainland. The consequences from the meeting not only directly affect the reputation of America on the global stage and the administration’s potential to solve such a crisis, but also the protection of American citizens from nuclear war.

The vendetta here concerns the impact of the summit and national interest against national security. Mainly, questions concerning if it will transform the newest Korean conflict into progress or a disaster (where further diplomatic tensions are going to come) for the Trump-administration. Also, will America put pressure on North Korea, demanding complete denuclearization?. Finally, how far will the United States go to establish a harsh attitude which could put pressure on North Korea in order to take actions on denuclearization, but at the same time successfully keeping the regime at the negotiation table?

The summit, diplomatically speaking, was a success where both sides had the opportunity to figure out what they expect from the other while also getting to know each other’s attitude and personality. It’s easier to find a common solution with your partner when you have the opportunity to discuss it personally. In diplomacy personal impression plays a huge significance.

A symbolic step was taken with the signing of a two-page document which included three major points that are to be solved:

The question concerns denuclearization. Although, there is uncertainty around North Korea’s willingness to give up their nuclear weapons and their incentives to strike US territory. North Korea uses their nuclear weapons as a guaranteed protection from any military attack from the United States, or any other country. But the United States believe that total denuclearization would result in reducing its military presence in the region as there is no longer any imminent danger in the horizon.

However, a significant step was taken by North Korea days before the summit when their only known nuclear test site in Punggye-ri (where all six of the country’s unprecedented nuclear tests took place) was destroyed at the request of Kim Jong-un. Many experts are framing the act as a diplomatic gesture, one which doesn’t affect the country’s nuclear arsenal and just an intention to leave an impression of good faith and to get a better negotiation position at the summit.

While the North Korean leader Kim Jong-Un is emboldened by the power of deterrence with their nuclear weapons, he also envisions a better life for their people. The summit means that North Korea closed a successful chapter, by being accepted as a country with nuclear weapons, which increases their international reputation and represents a security guarantee. Next on the line would be to improve the country’s living standards. All former supreme leaders had to invent and put something new into the North Korean ideology in order to maintain their sovereign power. Kim Il Sung, their first leader, based his authority on a form of nationalism called “juche”, while his son Kim Jong-Il used “songun”, which roughly translates into military above all. Will Kim make a significant change by opening up the country’s economy to the world like how Deng Xiaoping did with China? It would improve the quality of life in the country and possibly signify a starting-point in a better relationship with the west and the United States.

I am not so convinced that North Korea will surrender their nukes, as those weapons ensure the survival of the regime.Learning from the case of Iraq, where no weapon could deter the United States to invade the country, North Korea use nuclear weapon as a guarantee to prevent a potential American invasion if it would be the case. Once they get it, they will not renounce it. I can imagine another de facto agreement between the two sides with North Korea being accepted as a country with limited nuclear warheads, while giving a guarantee that the nukes can be used solely for self-defense, while the United States will continue to harvest its soldiers on the Korean Peninsula by signing a non-intervention guarantee (such as do not invade the country) with North Korea.

In that case, Kim will put pressure on the west, especially America,  requesting for extra incentives which could boost their economy and improve the quality of life in North Korea. To serve American interests, the United States should focus more on this offered opportunity, because introducing North Korea to the world would result in a security guarantee to America. While striking a deal, which guarantees that neither side would use first strike against the other, paired with the exclusion of any possible American intervention on North Korea, should solidify America’s security interest. This scenario would reinforce the status quo with an increased mutual trust and stability.

Join the movement if you support diplomatic solution for the Korean Crisis: https://www.change.org/p/pursue-diplomacy-not-war-with-north-korea

Benjamin H. and Julian B. (May 24, 2018). What is next for North Korea after the Singapore summit? Retrieved from:https://www.aljazeera.com/indepth/opinion/awaits-post-summit-north-korea-180612081611260.html

Patrik A. (April 30th 2018). A brief history of the conflict between North and South Korea. Retrieved from: https://lifehacker.com/a-brief-history-of-the-korean-war-1825653259

Eleanor A. (Last updated on January 3rd 2018). What to know about the sanctions on North Korea. Retrieved from: https://www.cfr.org/b