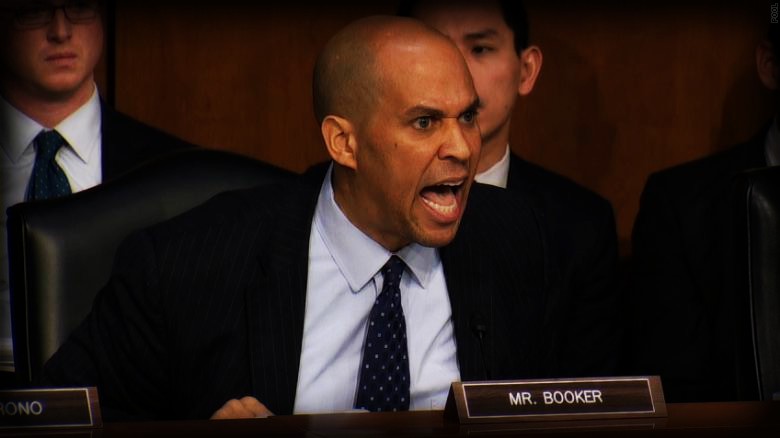 All Bark, No Bite

David WilliamsOctober 10, 2018Comments Off on All Bark, No Bite0

As of October 6th, 2018 the United States Supreme Court now has its 114th appointed Justice, Brett Kavanaugh [1]. Although this has arguably been the most polarizing Supreme Court nomination of the 21st century, the highly volatile proceedings have officially come to a close.

Many suspect that since Kavanaugh was a Donald Trump nominee, establishing a firm 5-4 conservative court majority, the Supreme Court will now undo almost over a quarter century of liberal jurisprudence. One of Trump’s promises upon Justice Kennedy’s retirement was to nominate a justice who believes in striking down Roe v. Wade and he has seemingly found that in Kavanaugh. The biggest question of this phenomenon is: what happened to the Democratic party?

Outside of attempting to inundate the Senate Judiciary Committee with document requests, there was limited resistance to Kavanaugh’s appointment. It appears that Democrats are relying more on public outrage than Senate procedure to fight their battles, and many supports are outraged by what could be readily perceived as impotence or even worse, complicity. As midterms approach Democrats are doing everything they can to capture a legislative chamber or, at least, put the party in a position to do so in 2020.

Article II Section 2 of the United States Constitution states that Supreme Court judges shall be nominated by the president and appointed with the “advice and consent” of the Senate [2]. Brett Kavanaugh’s nomination was met with immediate backlash from progressives for his previous judicial rulings alone, citing instances of him ruling in favor of abortion restrictions, striking down the Clean Air Act, dissenting bans on assault weapons. The focus of ire for progressives has been for his work during the George W. Bush administration when he attempted to stop the 2000 Florida recount [3] which held the U.S. presidency in the balance. He’s also been implicated as aiding the Bush administration’s policy efforts to maintain advanced interrogation programs.

Democratic constituencies across the nation were waiting in anticipation for their party to use every countermeasure in their parliamentary arsenal to stop this confirmation, in what we can now call a futile effort. The vendetta here is capitulation vs capitalization. The Democrats are doing their best to shore up votes for 2018 and to attempt a legislative and executive sweep in 2020 thereby making public image important, but is this lack of action worth it if you incense your base by playing it too safe? Image notwithstanding, playing the political long game will be all but meaningless if all major public policy decisions are in conservative hands for the next 3 or more decades. Using public outrage to generate votes is a tactic utilized so frequently it borders on cliche but if there were any time to stage a partisan revolt and maintain your credibility it would be now when the man that even Republicans didn’t even want to win the nomination is on his second Supreme Court pick as president.

In an infamous display of partisan gamesmanship, Senate Majority Leader Mitch McConnell refused to hold any hearings or votes on Obama’s 2016 Supreme Court nominee Merrick Garland [4], nearly plunging the nation into a constitutional crisis. Many Democrats wanted then President Obama to independently appoint Garland by asserting that McConnell’s actions signaled that the Senate was waiving its “advice and consent authority”. Even if such a move failed (which was highly likely) it would have given Democratic supporters some notion that their voices were not falling upon deaf ears, that those they had voted into office were willing to fight for them.

In a similar fashion, the Senate minority put up a mild resistance, to say the least. Senate Democrats could have attempted to deprive the chamber of quorum, staged a boycott of the floor vote, and/or refused to deliberate on key points of legislation (a strategy adopted by Republicans in 2013 leading to a government shutdown over the Affordable Care Act), but instead they stayed the course with document requests. The Democrats may want to avoid such overt partisanship as frequently displayed by their counterparts in order to capitalize on having the moral high ground for future elections, but you cannot decry measure taken by the opposition and rely on the moral high ground to ameliorate the situation. Rather you subscribe to their position or not one cannot argue the efficacy of the Republican political machine; they are taking full advantage of their legislative and executive primacy, leaving Democrats looking helpless.

The impetus behind a Democratic strategy of capitulation

The impetus behind a Democratic strategy of capitalization

At this juncture, there is very little Democrats can do to remedy the situation. Impeachment proceedings have been discussed, but that is merely one option amongst a myriad of equally unlikely scenarios. The Democrats would have to have both chambers of Congress in their possession to have even the slightest chance of success with that maneuver. They could try to access and publicize Kavanaugh’s controversial record as an attorney during the Clinton and Bush presidencies in order to reinforce his disqualifications as a Supreme Court Justice, however despite how they may feel the Supreme Court is effectively insulated from most public influences. Unfortunately, the time for exercising options has passed, now the only thing left to do is watch the next court term unfold.

Progressives in and out of the Beltway should focus all of their energy on down-ballot races in both the House and the Senate. Barring skeletons in the closet worse than Christine Blasey Ford or acts of god, Kavanaugh is here to stay, and in order ensure that at least some progressive policies survive until the next administration and beyond Democrats are going to need a government shake up akin to when Obama took office back in 2009.

Congressional Democrats could keep up document requests and maintain public opposition to try to elucidate a rebellious tone for their constituencies but that would be analogous to using bubble gum to keep a ship from sinking. Statehouse races will also prove critical especially with multiple gerrymandering cases that will ultimately wind up at the high court. Historically, the court has elected to turn down gerrymandering cases on the bases that they are political questions rather than judicial, however, with a new staunch conservative advantage the court may not be so quick to turn it away.

Democrats failed to take the initiative on stopping the Kavanaugh appointment process and displayed little to no resolve in their opposition, some may argue they were legally restricted in their actions and some will assert that they have led the nation to irreparable harm. All Democrats can do now is join the rest of the nation in watching the freshman Justice’s tenure begin in an amalgamation of hope and anxiety for things to come.