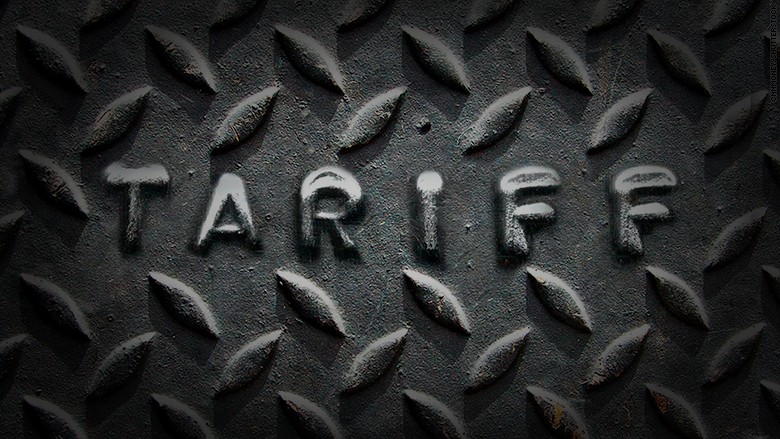 Steel Yourself: Tariffs are Coming

David WilliamsMarch 7, 2018Comments Off on Steel Yourself: Tariffs are Coming0 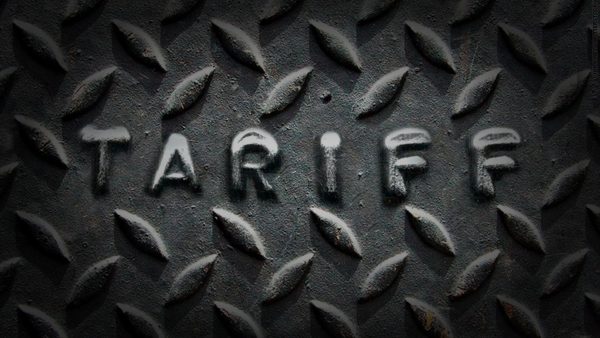 One event last week angered America’s allies, shocked Republicans, shook the stock market, and caused the top economic adviser in the White House to resign in protest. This decision will raise prices on products ranging from automobiles to beer to construction materials and more. What caused this massive upheaval in the current order: President Trump’s announcement that he will levy harsh tariffs on steel and aluminum imports [1].

What is a tariff? Simply put, a tariff is a tax imposed on imports on specific products from specific countries. Trump proposed tariffs of 25% on steel and 10% on aluminum, meaning that countries selling those products in the U.S. will be charged those amounts as they cross the border. Trump argues that by making foreign steel and aluminum more expensive, the domestic steel and aluminum industries will benefit and the economy will add thousands of jobs in those sectors. However, Republicans (along with Democrats), most economists and many industry leaders warn that tariffs actually hurt the economy; by making steel and aluminum more expensive, industries that use these products will raise prices to compensate and consumers will suffer. Even worse, those industries may actually cut jobs as a result of their higher costs.

The response to Trump’s announcement was swift: the stock market (outside of the steel and aluminum sectors) tumbled while America’s allies (many of whom export steel and aluminum products to the US) protested. [2] The EU even announced retaliatory tariffs on US exports if Trump’s tariffs go into effect. Meanwhile, members of Trump’s own party issued strong warnings against tariffs as well. The Republican Party has made free-market capitalism a key element of its identity and Trump’s tariffs run directly counter to it. Senate Finance Committee Orrin Hatch (R-UT), who is one of Trump’s strongest supporters in the GOP, stated: “Tariffs on steel and aluminum are a tax hike that the American people don’t need and cannot afford.” [3] This brings us to the political vendetta on the tariff issue: protectionism vs free markets.

Since the end of the Second World War, the United States has adopted a mostly neoliberal trade policy. Neoliberalism is a belief system that argues for free markets within a nation and on the global stage, and both the GOP and Democratic Party (for the most part) hold neoliberal beliefs. One of the main opposing viewpoints to neoliberalism is protectionism, an ideology that advocates for stronger domestic markets and for government intervention to support those industries at the expense of trade with foreign nations. Levying tariffs to protect domestic workers is a common tactic of protectionist governments. However, protectionism is in the decline world wide as more and more nations integrate into the global market.

International trade occurs under the auspices of the General Agreement on Tariffs and Trade [4] since its inception on October 30, 1947. The understanding was that through cooperation and reciprocity the post-war world could heal and rebuild devastated economies. The truth of this is historically and economically debatable, but the rapid increase of trade tariffs on all trade partners places the US in a precarious position. This trade proposition is in direct violation of the G.A.T.T. and may put the US at odds with the World Trade Organization.

The impetus behind this measure was to thwart the advance of China’s growing economic dominance; however, Canada and Mexico import far more steel and aluminum to the US than China does. Currently, the Trump administration states that there will be no exemptions to the tariffs (meaning our allies will face the costs as well). Industries in the Rust Belt have been driven out by cheaper competition and continued automation is irrevocably damaging employment prospects in the manufacturing industries, so some action is necessary. Nevertheless, making it more expensive to purchase aluminum and steel in the meantime may not have the consequences Trump intends.

The government has several options to address the tariff issue:

Option 1 is the most likely outcome unless something changes the President’s mind. Unfortunately, this strategy will likely hurt the economy more than it helps: other nations will impose their own tariffs on US goods to compensate, American consumers will pay more for several products, and relationships with other governments will be damaged. Option 2 would be a more refined approach that would calm our allies, but there would still be retaliatory tariffs and harmful effects on our economy. Option 3 may be difficult to enact; we could subsidize domestic steel and aluminum industries or focus on retraining steel/aluminum workers who have lost their jobs recently, but the GOP typically opposes such measures.

Ultimately, doing nothing at all may be the best option we have. The president should vastly reduce or cease all attempts to place tariffs on those specific materials. If Trump insists on imposing tariffs to punish foreign exporters, the ideal strategy would be to place tariffs on luxury consumer goods like cell phones and music players. This would narrow the costs to China (Trump’s #1 target on trade) and boost our own technology sector. Eventually, this would create the need for more American jobs in the STEM fields while reducing the Chinese hegemonic grasp on the market and preserving our credibility as a trading partner in the eyes of the world. Any attempt to correct the market must be flexible and account for the normal cycle of peaks and valleys; abruptly altering prices will create a chain reaction of adaptations that reduces all participants’ well-being. But as we have seen over the past few years, Donald Trump is far from flexible when it comes to his pet issues, and only he can convince himself not to go through with the tariff plan.

http://koreabizwire.com/wto-petition-against-us-safeguards-tariffs-offers-little-comfort-to-south-korean-companies/108994 – Learn about the active petition already launched by the World Trade Organization

https://www.usitc.gov/petitions_and_complaints – Take a look at petition filings with the US International Trade Commission

Who Cares if we are Hypocrites? We Must Punish Russia Previous post
Equal Opportunity Ensures Equality Next post