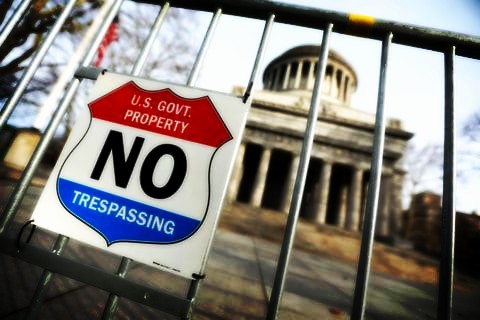 How the United States Government Shutdown for the eleventh time, and when it will end.

Midnight, December 22, 2018, marked the beginning of the nation’s 11th government shutdown [1]. Thus far approximately 420,000 federal employees designated essential personnel will be forced to continue work without pay until the shutdown is over, or until Congress passes legislation for retroactive compensation.

Essential employees encompass those that work within critical law enforcement, national security, and public safety agencies. An additional 380,000 federal employees would be furloughed (unpaid leave) until a budget solution is reached [2]. On September 12, the Senate passed a “minibus” $147 billion funding package which has insulated the Departments of Defense, Transportation, Health and Human Services (mostly), Energy, Veterans Affairs, Labor, and the Legislative Branch, from the shutdown [3].

Many find themselves on the precipice of financial ruin due to this budget battle and multiple labor organizations have filed suit against the Trump administration on their behalf. The President, though, has made it clear that he’s prepared to allow the government to remain inoperable for as long as necessary in oreder to force compliance. Anxiety builds on both Wall Street, as well as Main Street, while representatives from both sides of the aisle attempt to negotiate a bipartisan plan to turn America’s lights back on.

President Trump has made the construction of a securitized partition between the United States and Mexico a priority throughout his 2016 campaign. On December 11, 2018, the Trump sat down with former House Minority Leader, and current House Speaker, Nancy Pelosi and Senate Minority Leader Chuck Schumer [4] in a publicly broadcasted meeting in which he requested $ billion dollars for the border wall. Upon the refusal of the two senior Democrats he made it clear that shutting down the government was on the table should their attitudes persist. A continuing resolution was unanimously passed by the Senate [5] that would fund the government through early February of 2019 but was rejected by the president due to the lack of funding for the border wall.

The vendetta here concerns ideology v. governance. The U.S. government is ensnared in a labyrinth of complex motivations between political actors that are growing more diametrically opposed with each election cycle.

Partisan ideology is winning out over the fiduciary responsibility that elected officials are supposed to have with their federal subordinates and the citizenry at large. This shutdown is having deleterious effects on not only the operation of our oversized bureaucratic apparatus but our credibility as a world power as well. Those in power are more occupied with fighting over their constituents’ perception of the moral high ground in preparation for what will inevitably be a blockbuster election.

Shutdowns are relatively modern phenomena that have increased in frequency most likely due to the polarization of Congress. Shutdown occurs when Congress fails to pass the necessary appropriations bills before funding deadlines elapse, this is a result of an 1884 statute called the Antideficieny Act, or ADA, [6].

The most modern version of the ADA was signed into law by President Reagan in 1982. Essentially, the legislation reinforces the first Article of the U.S. Constitution, which stipulates that no additional funding will be mandated in the absence of a Congressional appropriation. In 1980 President Jimmy Carter enforced the first official government shutdown by furloughing employees of the Federal Trade Commission for one day. As the frequency of shutdowns has increased so has their durations. During the 1980s, the average duration was a single day but by the mid 1990s the Clinton administration underwent the longest shutdown of 27 days.

Aside from national and international ignominy, shutdowns bring many unfortunate externalities along with them. Federal courthouses are struggling to remain open and much of the countries civil rights litigation is frozen in place. Bloomberg estimates that independent contractors working with the federal government are losing approximately $245 million a day [7] and Coast Guard personnel may not receive another paycheck until the end of the shutdown. The Supplemental Nutritional Assistance Program, along with its 38 million users, may be cut off from much-needed government aid should the shutdown extend into February, financial aid for students and even tax refunds hang in the balance.

On January 6, 2018, the Democratically controlled House released four bills to end the partial shutdown and fill funding gaps [8], but Senate Majority Leader Mitch McConnell has responded with unyielding support for the executive demands of funding for a border wall. This legislative stalemate may cause American citizens irreparable harm if allowed to continue, party leaders can either establish a coalition and fund the government or keep playing chicken and wait for the other to blink.

Republican Senate leadership needs to disassociate their priorities from that of the president and be prepared to compromise with their counterparties.

The four bills proposed by the House were passed by a Republican controlled Senate in August, however, due to the president’s recalcitrance, the Republican Senate leadership refuses to consider any new legislation without border wall funding. Democratic House leadership needs to accept the reality of congressional hierarchy and provide Republicans with something they can stomach.

Democrats should provide half the initial funding request in the amount of $2.5 billion for upgrades to the existing border structure and increased funding for Border Patrol personnel. Millions of Americans should not be the victims of a Washington power struggle, but its imperative that the United States have secure borders and be able to dictate its own immigration policy free of scrutiny. Though such issues become infinitesimal when juxtaposed with passing spending measures in a timely fashion.

If Republicans split from the executive, the president may approach this policy position with a little more tact of his legislative if his base shows him they are willing to detract from his message for the sake of good policy. And if Democrats can show some concessions to their GOP counterparts, they will effectively have won the PR war and maintain the high ground that won them back the House during midterms. With the 2020 elections on the horizon,  responsibility for this shutdown is going to be a major topic of discussion, and since the legislative body is one of the only branches of government guaranteed to receive a paycheck, they should do what we pay them to and turn America’s lights back on.